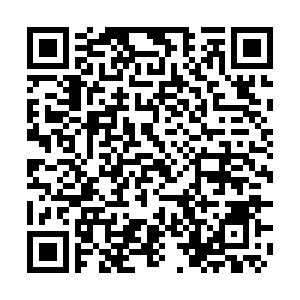 More than 70 percent of people in Japan want the Tokyo Olympics to be cancelled or delayed as the coronavirus pandemic rolls on, a Kyodo News poll showed on Monday, just over 100 days ahead of the planned start of the Games.

The survey showed 39.2 percent want the Games scrapped, while 32.8 percent favor another delay. Only 24.5 percent of respondents want the world's largest sporting event to go ahead as scheduled.

Tokyo on Monday began a month-long period of quasi-emergency measures to blunt a fourth wave of COVID-19 infections driven by virulent mutant strains. 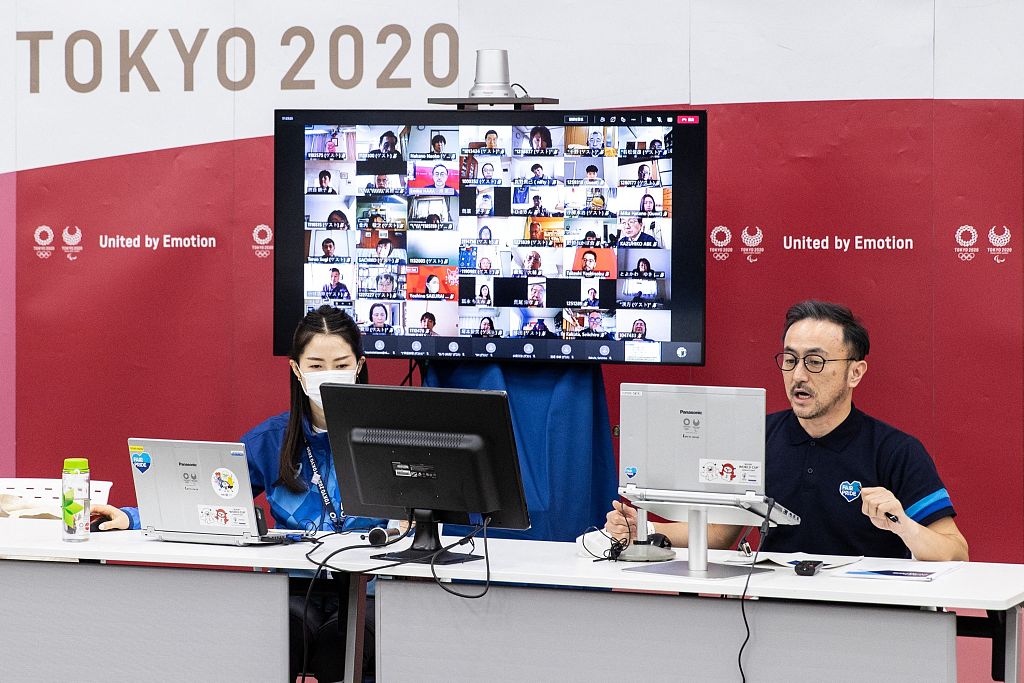 More than 92.6 percent of respondents felt anxiety about the resurgence of infections, the Kyodo survey conducted from April 10 to 12 showed.

While vaccination shots for people aged 65 and above began at some 120 sites across the country on Monday, the imported doses are still in short supply and the pace of inoculations is unlikely to stop the latest wave of infections.

The survey found that about 60 percent of people were dissatisfied with Japan's progress on vaccinations. 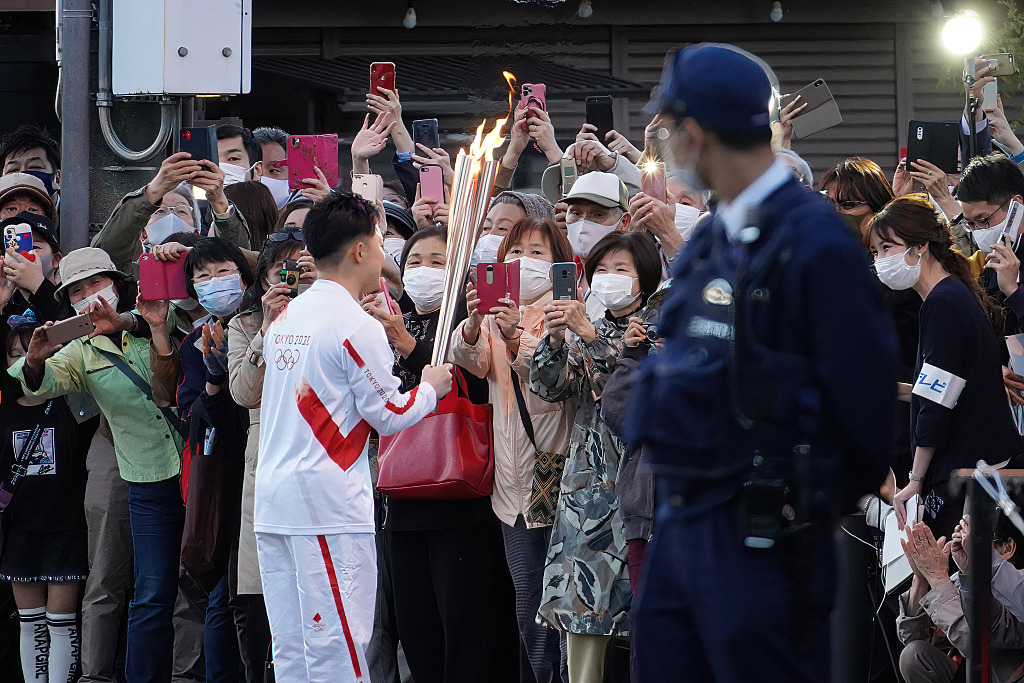 Spectators are seen wearing face masks as a precaution against the spread of COVID-19, taking photos of the Olympic torch in Mie Prefecture, Japan, April 7, 2021. /CFP

Spectators are seen wearing face masks as a precaution against the spread of COVID-19, taking photos of the Olympic torch in Mie Prefecture, Japan, April 7, 2021. /CFP

Kagawa, who was born in 1911, took the record from Aida Mendes of Brazil who walked with the Rio Olympic torch in Macapa, Brazil when she was 107 years old in June 2016.

Kagawa is the second centenarian to attend the Olympic torch relay since it started on March 25. Shitsui Hakoishi, a 104-year-old barber, carried the flame in the rain on March 28, 2021, in Nasukarasuyama, Tochigi Prefecture.

But the world record is expected to fall next month when Kane Tanaka, the world's oldest living citizen, is set to carry the Olympic torch.

Tanaka, 117, is recognized by the Guinness Book of Records as the oldest person in the world and was already Japan's senior citizen.

She is due to carry the flame when it passes through Shime in Fukuoka Prefecture on May 12.