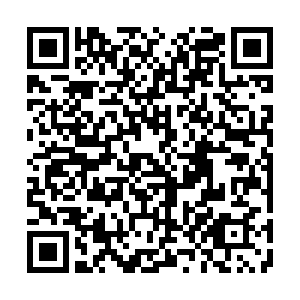 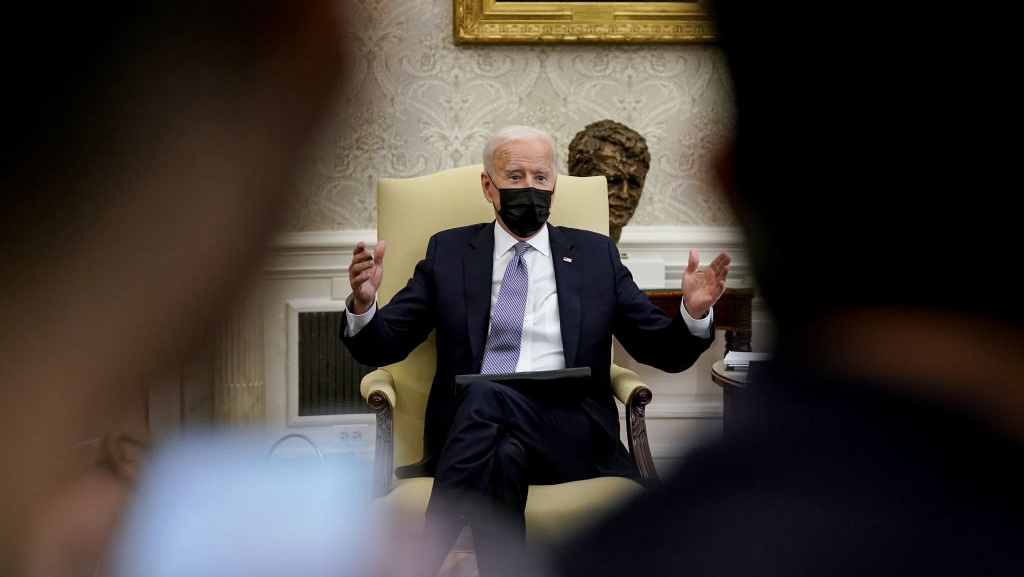 U.S. President Joe Biden speaks during a meeting with a bipartisan group of members of Congress in the Oval Office of the White House in Washington, D.C., U.S., April 12, 2021. /Getty

U.S. President Joe Biden speaks during a meeting with a bipartisan group of members of Congress in the Oval Office of the White House in Washington, D.C., U.S., April 12, 2021. /Getty

Editor's note: Joshua Jahani is a lecturer at Cornell University and New York University, and an investment banker and philanthropist specializing in the Middle East and Africa. He is also the Chief Strategy Officer at Jahani and Associates. The article reflects the author's opinions and not necessarily the views of CGTN.

The administration of U.S. President Joe Biden is raising corporate taxes and it wants to protect the U.S.'s competitiveness by convincing the world to follow suit, with Treasury Secretary Janet Yellen calling last week for a global minimum corporate tax rate.

Yellen is working with the G20 to agree to a plan. Even if she can pressure all G20 members to fall into line (and this is by no means guaranteed), the G20 is not 'global' – there will still be many zero-tax jurisdictions (in exotic far flung places like the Cayman Islands, as well as closer to him in states like Delaware) that will make the agreement ineffective against the biggest tax avoiders.

The very idea of a global minimum tax rate is at best unrealistic, and at worst delusional and hypocritical. Big businesses will still have access to global tax advice (i.e. tax havens), meaning this will only hurt small and medium businesses.

Their larger competitors will keep using the loopholes, including those created by Biden's home State of Delaware, which is America's own onshore tax haven, and which the president hasn't called out, while asking other countries to increase their tax rates.

A counter-intuitive alternative – and one that would genuinely take business away from the tax havens – is to lower taxes. This would still lead to increased tax revenues if the biggest tax avoiders in the world can be drawn back into the taxable economy, tempted by a lower corporate tax rate plus the reputational and legal benefits of paying tax where they do business.

This would be politically difficult for Biden: Tax cuts are supposed to be a Republican, not a Democrat policy. It would also mean Biden acknowledging the U.S.'s role in tax avoidance, most notably through his home State of Delaware.

Two-thirds of the Fortune 500 is legally headquartered in Delaware, despite many of them doing little or no real business there. There are more businesses registered in Delaware than there are people in the state – 1.5 million companies, versus less than 1 million Delawareans. Companies like Google and YouTube have their U.S. headquarters there for one reason only: taxes.

Other countries, like the UK, have similar tax havens under their jurisdiction. The British Virgin Islands, Cayman Islands and Bermuda are all British Overseas Territories (BOTs), with The Queen as their Head of State. Jersey and the Isle of Man, where many offshore trusts are set up, are Crown Dependencies. 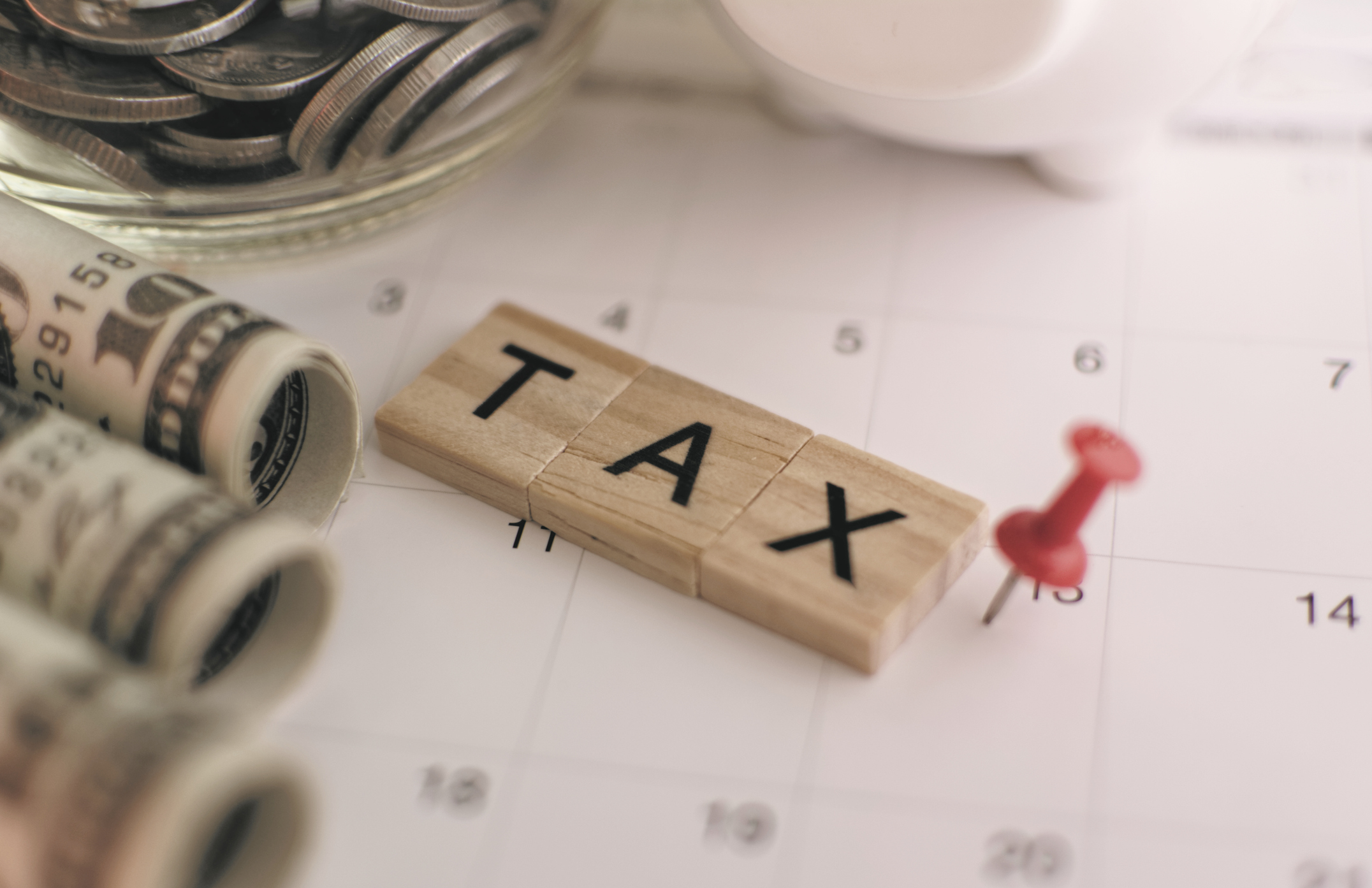 Two-thirds of the Fortune 500 is legally headquartered in Delaware, despite many of them doing little or no real business there. /Getty

Two-thirds of the Fortune 500 is legally headquartered in Delaware, despite many of them doing little or no real business there. /Getty

If the U.S. and its allies really want to increase their tax take, they should start by competing with those zero tax jurisdictions, with a new lower corporate tax rate.

This will create some difficult headlines about 'tax cuts for billionaires.' These can be dealt with by reminding voters, who are more aware of tax havens than ever after the Panama Papers and similar leaks, that any tax is better than no tax.

There will always be ways for big businesses and high net worth individuals to legally avoid tax. Measures like transfer pricing will always be available to allow them to book profits in a low-tax jurisdiction.

Trusts, where legal ownership of an entity is handed to someone offshore, is all but impossible to legislate against (it cannot be illegal to sell a company or asset for $1 to someone in a tax haven).

The only solution is for taxation by consent: to set corporate taxes at a level that businesses are happy to pay. Low tax is not the same as no tax.

There is potentially $36 trillion in offshore jurisdictions – much of it coming from companies and citizens of the U.S. If that money could be enticed back into the domestic economy, and taxed at, say, 5 percent, the actual tax take would go up, not down.

In 2018, the UAE, which is a zero tax jurisdiction for both corporates and individuals, introduced a 5 percent VAT. Some predicted that companies and business owners would abandon the Emirate, being ideologically committed to zero tax. The reality is that they stayed, happy to pay a low tax rate for a safe, modern place to do business.

People and businesses are happy to pay low taxes. And everyone paying low taxes can work out better for governments and societies than the poor paying high taxes and the rich paying no taxes – which is the status quo, even though it takes a brave politician to say so.