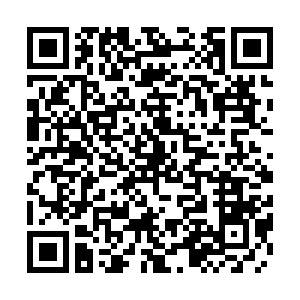 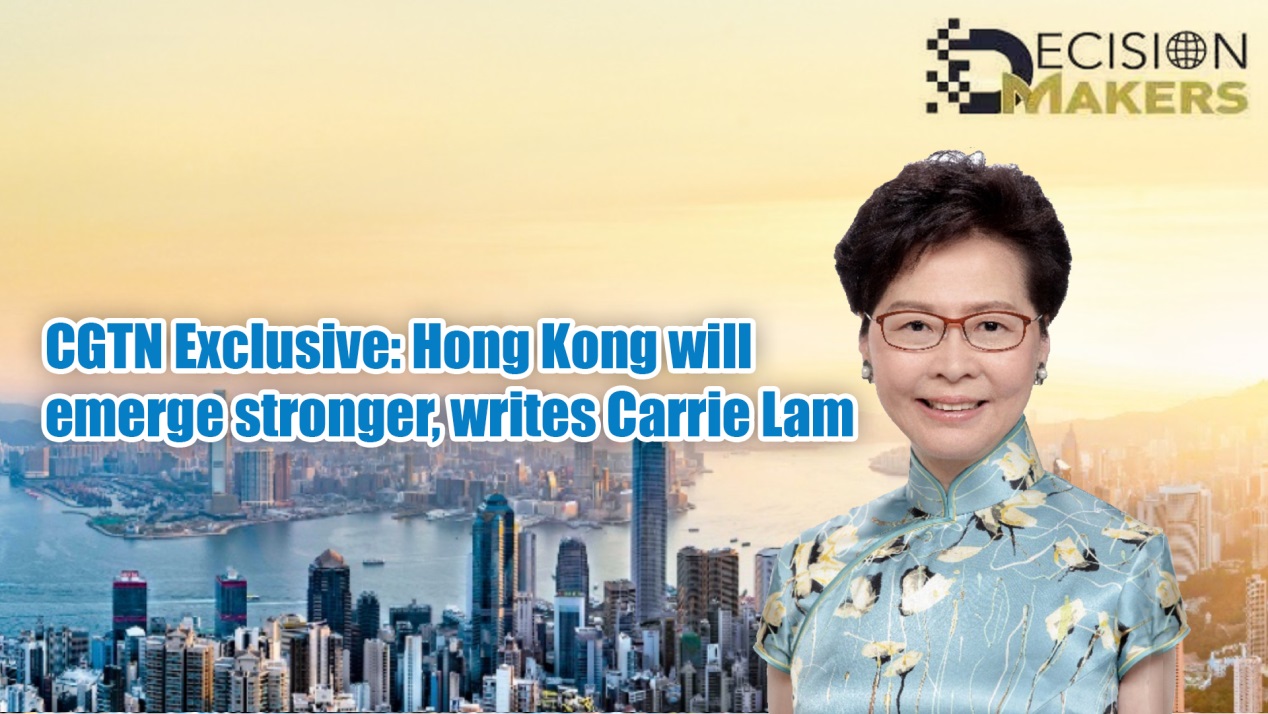 Editor's note: Decision Makers is a global platform for decision makers to share their insights on events shaping today's world. Mrs. Carrie Lam is the Chief Executive of the Hong Kong Special Administrative Region of the People's Republic of China. The article reflects Mrs. Carrie Lam's opinions, and not necessarily the views of CGTN.

Since its return to the motherland on July 1, 1997, Hong Kong, a local administrative region of the People's Republic of China, has been governed under the principles of "One Country, Two Systems," "Hong Kong people administering Hong Kong" and a high degree of autonomy.

With the support of the Central People's Government (CPG) and leveraging its distinct features and strengths, the Hong Kong Special Administrative Region (HKSAR) has grown into an international financial center, a global business hub and a vibrant city displaying the unique East meets West characteristics.

The practice of "One Country, Two Systems" is on the whole successful – resolving the historical question of Hong Kong and ensuring its prosperity and stability.

"One Country, Two Systems" is an unprecedented initiative and in the course of its application, some new developments have occurred and new challenges inevitably emerge.

It is imperative that both the CPG and the HKSAR Government address those challenges to ensure that "One Country, Two Systems" will continue to advance in the right direction. It is imperative that the 7.5 million Hong Kong people understand and support improvements to the systems to underpin the full and accurate implementation of "One Country, Two Systems."

In less than a year's time, the National People's Congress (NPC), the highest organ of state power, made two important decisions to get the HKSAR back on track. The national security law enacted by the NPC Standing Committee and promulgated for implementation in Hong Kong on June 30, 2020 aims to improve the system for Hong Kong to safeguard the country's sovereignty, territorial integrity and security, while amendments to Annex I and Annex II of the Basic Law by the NPC Standing Committee on March 30, 2021 will plug existing loopholes in Hong Kong's electoral system. Both decisions are constitutional, legitimate, necessary and timely. 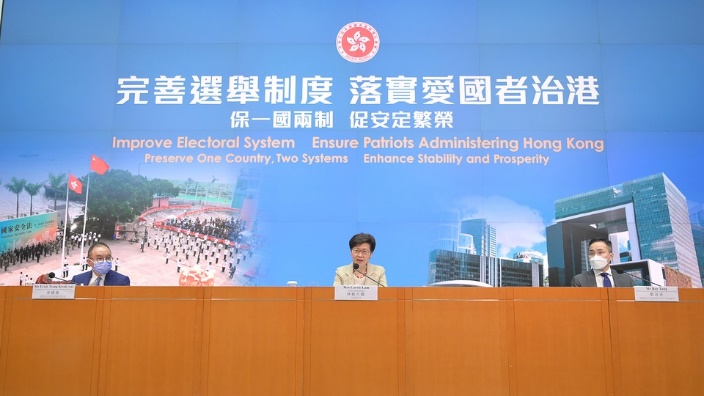 Not surprisingly, these decisive acts of the CPG have drawn a plethora of defamatory remarks and malicious attacks from some foreign governments, politicians and the Western media. Adopting their usual tactics, they have demonized the acts of safeguarding national security as clamp-down on individuals' rights and freedoms and improvements to electoral system as retrogression in democracy.

In so doing, they have turned a blind eye to the chaos, vandalism and personal danger suffered by Hong Kong people for over one year since June 2019; they have glorified violence and extremism as "fighting for democracy" and they have ignored the political radicalization that had paralyzed the Hong Kong legislature.

Compared with the stance taken by these foreign government officials about similar acts happened on their home soil, one could only lament about the "double standards" and hypocrisy on display.

Implementation of the national security law has halted chaos and restored order in Hong Kong; Hong Kong people can once again enjoy their rights and freedoms. The Hong Kong Police is enforcing the Law and the courts of Hong Kong, including the Court of Final Appeal, are adjudicating national security cases without any interference.

Once local legislation is put in place to implement the improved electoral system as approved by the NPC Standing Committee, elections will be conducted in accordance with the law to put into practice the principle of "patriots administering Hong Kong."

Important constituents in Hong Kong's political system will be served by people who will uphold the principle of "One Country, Two Systems" and through its broad representation and balanced participation, have Hong Kong's overall interest at heart.

President Xi Jinping has once likened "One Country, Two Systems" to a tree. "One Country" is like the roots of a tree. For a tree to grow tall and luxuriant, its roots must run deep and strong.

The two landmark decisions by the NPC have strengthened those roots. We can look forward to Hong Kong blooming and flourishing as we are back on a right and steady course.

My confidence in Hong Kong's future also lies in our city's uniqueness and strengths, many of which are guaranteed under the Basic Law. They include the rule of law, the independent judiciary, the free flow of capital, the freely convertible currency, the fundamental rights of the residents, the free flow of information and proximity to the world's second largest economy and strategic geographical location in a fast growing Asia. With these competitive advantages, Hong Kong's economy will do well, particularly in finances and technology. Accounting for some 21 percent of our GDP, our financial sector has proven its resilience over two years of social, political and public health crises. Hong Kong was the world's number one IPO venue in seven of the past 12 years.

In 2020, 154 companies were listed in the Hong Kong Exchanges and Clearing Market raising a total IPO funds of HK$400 billion ($51.4 billion). Hong Kong is now the second-largest listing platform for biotechnology companies in the world.

We are, as well, the world's largest offshore Renminbi business hub and the preferred place for international investors to park their funds. As of end 2019, the assets under management in Hong Kong increased by 20 percent year-on-year to HK$29 trillion ($3.7 trillion), which is about ten times of our GDP.

We will further enhance Hong Kong's position as a premier center for asset and wealth management through a four-step approach, including enhancing our fund structures; providing tax concessions for carried interest issued by private equity funds operating in Hong Kong; establishing a mechanism for foreign funds to re-domicile in Hong Kong; and providing financial incentives for setting up open-ended fund companies or real estate investment trusts.

Innovation and technology is a relatively latecomer in our economic blueprint, but a very promising one. Over the past three years, the HKSAR Government has invested over HK$110 billion ($14 billion) and rolled out a series of measures to encourage research and development (R&D), nurture talents, improve infrastructure, etc. under a multi-pronged strategy.

These efforts are gradually bearing fruit. The number of local start-ups tripled from around 1100 in 2014 to over 3300 in 2020 with the manpower increased by over four times. Venture capital investment in Hong Kong increased seven-fold from HK$1.2 billion ($154 million) in 2014 to HK$10 billion ($1.28 billion) in 2019. In a span of six years, eight unicorns emerged in Hong Kong.

Hong Kong's I&T development comes in strong through a win-win partnership with our neighbor – the city of Shenzhen. Together, we are pressing ahead full steam with the Hong Kong-Shenzhen Innovation and Technology Park project situated on an 87-hectrate site in Hong Kong, right between Hong Kong and Shenzhen. This will be the largest-ever innovation and technology platform in Hong Kong. 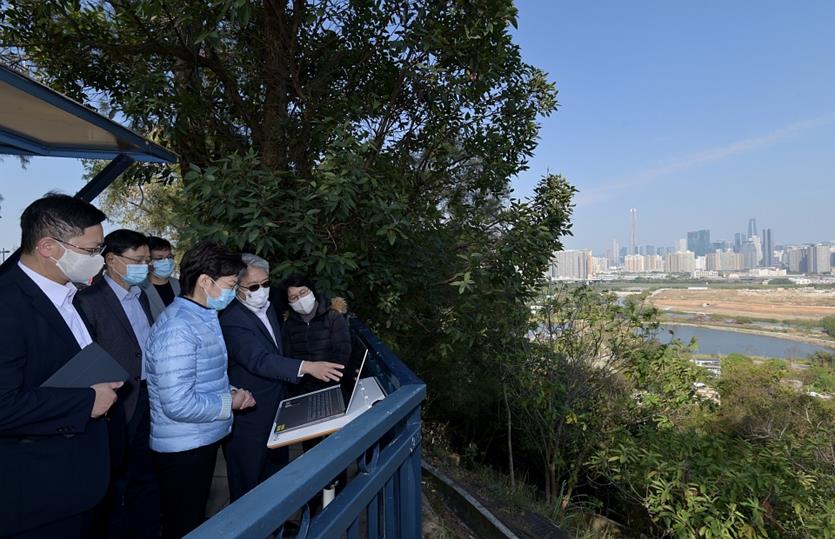 To bring in global R&D talents, we are setting up the first two InnoHK clusters in research consisting of collaborations between local universities and renowned mainland and overseas institutions. Situated at the Hong Kong Science Park, they are focusing on healthcare technologies and artificial intelligence as well as robotics technologies.

To give talent scouting a further boost, we will shortly launch the Global STEM Professorship Scheme to attract renowned scientists and their research teams to come and work in Hong Kong.

My confidence is further boosted by the support given by the CPG to Hong Kong as embedded in the 14th Five-Year Plan for National Economic and Social Development promulgated recently.

Furthermore, Hong Kong will benefit tremendously from the Guangdong-Hong Kong-Macao Greater Bay Area (GBA), one of the fastest growing regional economies in China and in the world.

With a total population of 72 million and a combined GDP of $1.7 trillion, the GBA will bring abundant development opportunities to different sectors of the community. Within and beyond the GBA, Hong Kong's role as a gateway of investment into the mainland will be reinforced in China's "dual circulation" strategy, under which our nation is committed to wider, broader, and deeper economic opening, while at the same time more Chinese companies will use Hong Kong's professional services in going global.

With the support of the Central Government, Hong Kong has weathered the storms and will emerge stronger.