Download
How much do you know about the red imported fire ant?
CGTN A campaign has been launched in China to control the red imported fire ant, which is considered one of the most hazardous invasive species in the world. Nine government departments in China, including the agriculture, forestry, customs, transport and other sectors, have joined forces to control the population of the ant. The ant is a problematic invasive species in Chinese mainland since around 2004. Today, red imported fire ants have spread to about 435 counties and districts in China's 12 provinces, autonomous regions and municipalities, including Zhejiang, Jiangxi, Guizhou and Sichuan provinces.

The fire ant has strong adaptability and they often quickly develop into the dominant species in their habitat. They don't just "wipe out" other kinds of ants in the area, but also eliminate insects such as spiders, which can cause serious ecological imbalance. It feeds directly on seeds, fruits, buds and tender stems of crops and spreads plant diseases, which has caused significant losses in agricultural production. Besides, the ant is quite offensive when disturbed. People who are stung by red imported fire ants may experience burning or having breathing difficulties. The severe allergic reactions such as vomiting and dizziness can appear.

But it's quite difficult to control the population of the red imported fire ant. The ants multiply at an astonishing rate. A mature queen can lay 1,500 eggs per day and there can be a dozen of queens in one fire ant nest. Their population can increase in a very short time and some nests may have up to tens or even hundreds of thousands of red imported fire ants.

Due to international trades, especially trades on international horticultural plants and agricultural products, the fire ant which is native to South America, has spread across continents and countries and become a notorious invasive species. 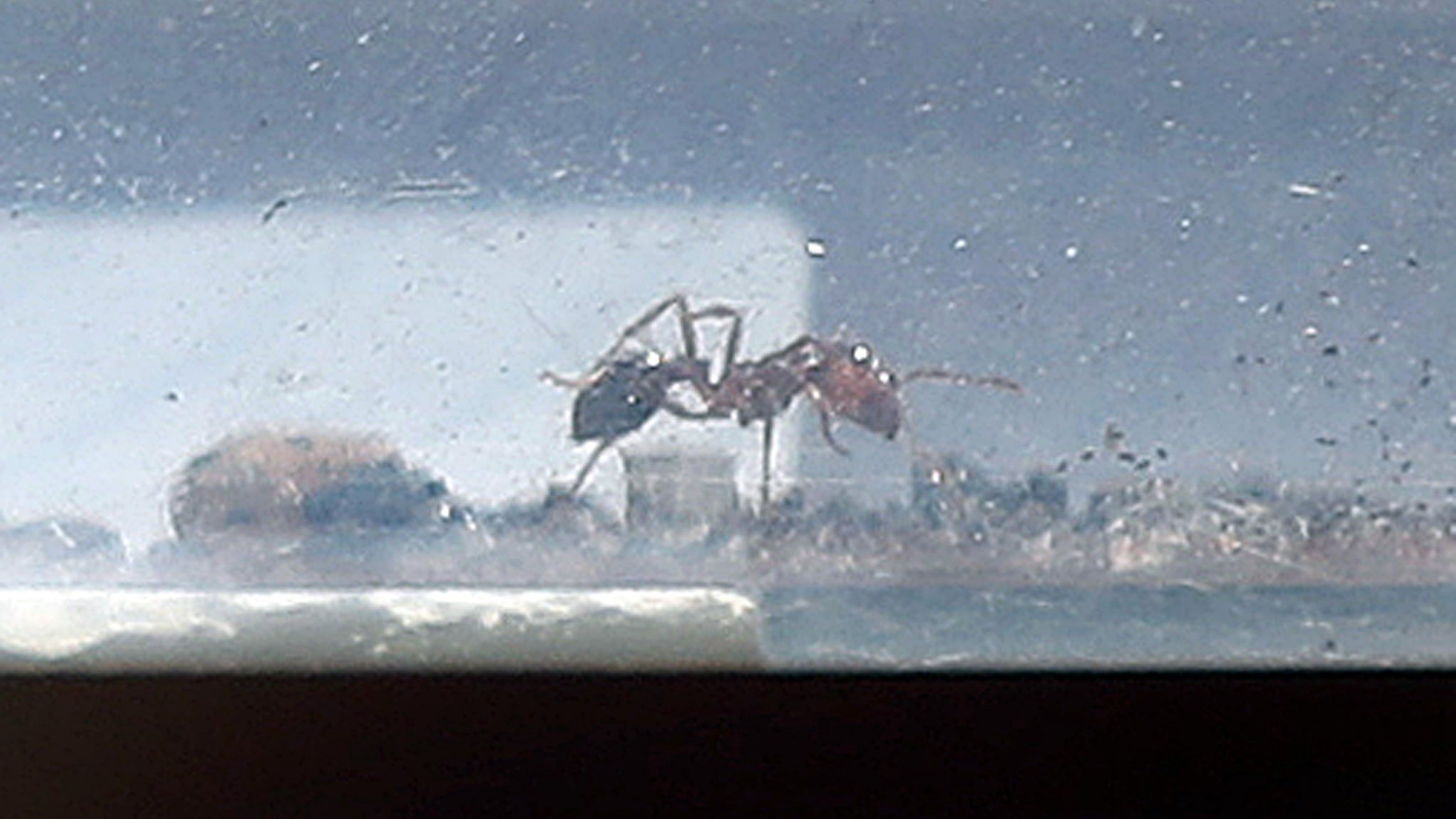 The fire ant in a test tube. /‍VCG photo

The fire ant in a test tube. /‍VCG photo

Here are some other facts about the red imported fire ant:

1. Fire ants live in colonies and they are more aggressive than other species of ants.

2. When there is flood, fire ants can form survival rafts and drift for weeks until they find dry land. 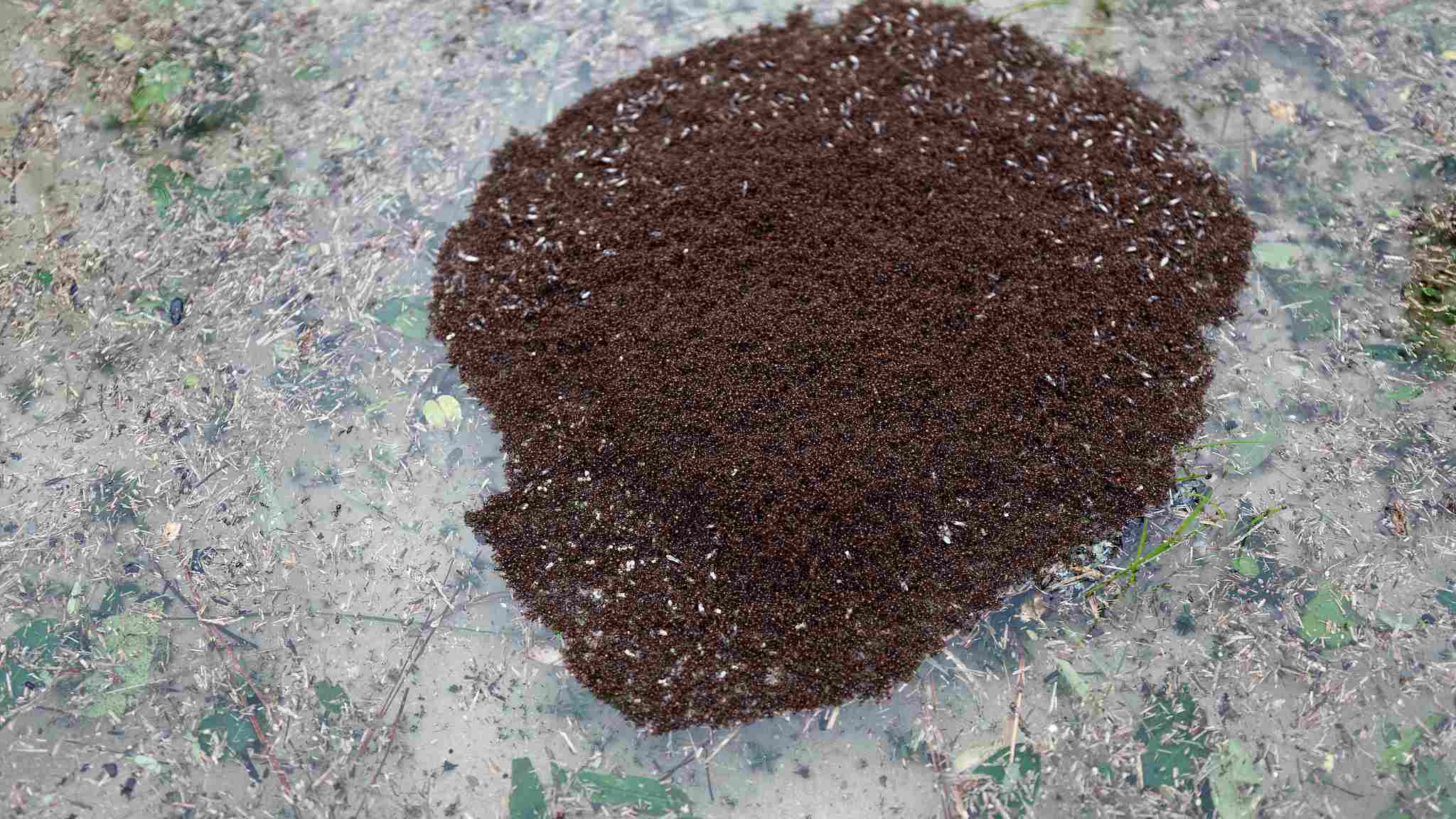 The debris-like raft is formed by thousands of fire ants. /VCG photo

The debris-like raft is formed by thousands of fire ants. /VCG photo

3. Venom is very important to the red imported fire ant. The ant uses venom for defense or killing prey.

4. The fire ant is an omnivore. Their food consists of dead mammals, insects and seeds.

5. Their predators include birds, dragonflies and beetles.

6. The scientific name of the fire ant is Solenopsis invicta. The word "invicta" means "unconquered."

How do you prevent red imported fire ants from biting?

The red imported fire ant is aggressive. So be careful with fire ant mounds. Avoid fire ants and don't disturb them. Also when you work outdoors, wear protective clothes like thick socks. Use insect repellents if necessary. If you get stung by fire ants, wash the affected area with soap and water. But if you develop signs of an allergic reaction such as difficult breathing or swallowing, get emergency help as soon as possible.

(The cover photo is via VCG)