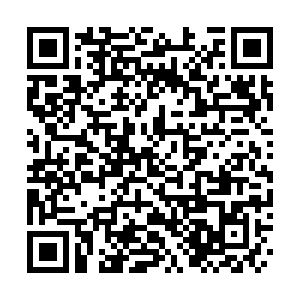 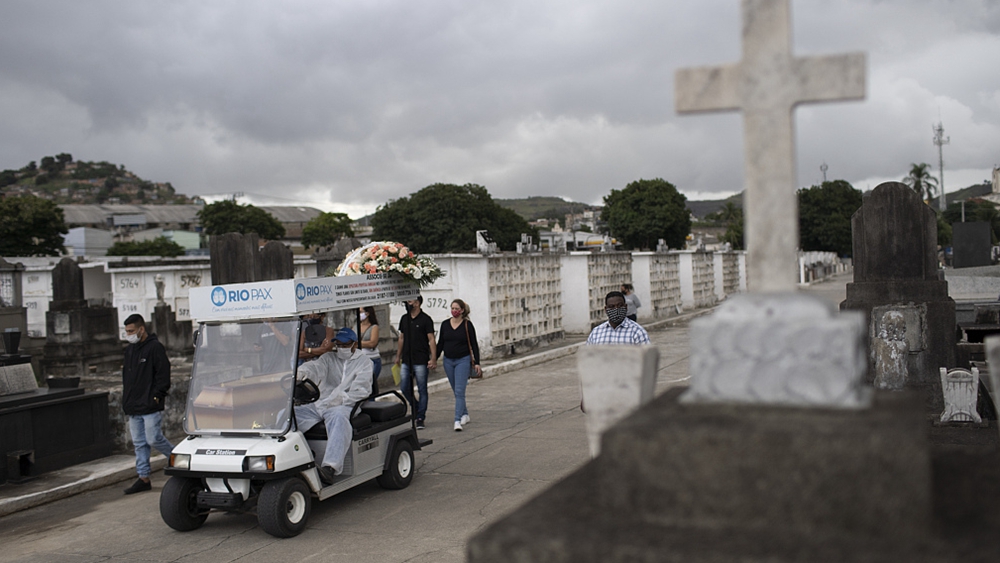 Cemetery workers transport the coffin containing the remains of a woman who died from complications related to COVID-19 to a burial site at the Inahuma cemetery in Rio de Janeiro, Brazil, April 13, 2021./CFP

Cemetery workers transport the coffin containing the remains of a woman who died from complications related to COVID-19 to a burial site at the Inahuma cemetery in Rio de Janeiro, Brazil, April 13, 2021./CFP

There have been more than 13 million confirmed cases of COVID-19 in Brazil, according to the country's Ministry of Health.

In March, about 66,570 people in the South American country died from COVID-19, nearly double the number of deaths in February. In most states of Brazil, COVID-19 patients occupied more than 90 percent of ICU beds.

Hospitals in many areas are overcrowded, and oxygen and sedatives are in short supply. Even local cemeteries have become so scarce that workers had to dig old graves to make room for the dead.

Brazilian President Jair Bolsonaro has been against wearing masks and economic blockade, even though this is the best way to slow the spread of the virus. And the country has dragged its feet to import the vaccine, slowing the large-scale implementation of the national immunization program.

Earlier, Bolsonaro called COVID-19 a "little cold," and said that vaccinated women would grow beards and men would become more soft-spoken. In the meantime, Bolsonaro has had three health ministers replaced due to positive efforts in fighting the pandemic, which he believed would hurt the economy.

Researchers have identified 92 variants of novel coronavirus in Brazil, including the P1 variant which is more contagious than the original one, triggering a surge in confirmed cases. The variant first appeared in the state of Amazonas in November 2020, according to Brazilian researchers. 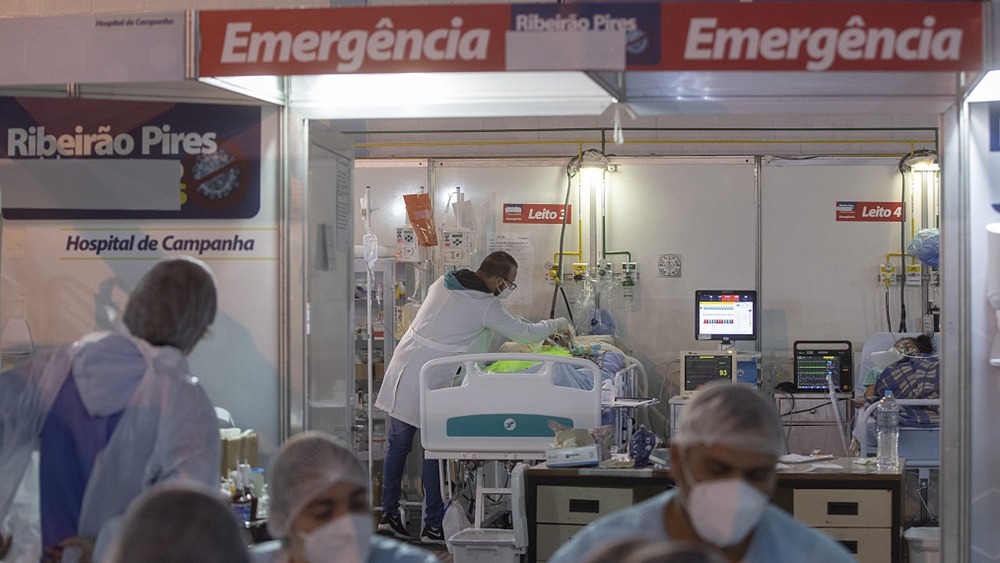 The Brazilian Association of Collective Health (ABRASCO), which has nearly 20,000 members, called for a three-week nationwide lockdown in an open letter published in O Globo, a Brazilian newspaper.

The severe outbreak of COVID-19, which has led to the collapse of health systems in several states, calls for strict measures to be taken without any hesitation, according to the open letter.

Vaccination in Brazil has been slow compared with the growing pandemic, with only about seven percent of the population receiving their first dose.

In an effort to speed up the vaccination process, Brazilian Senate President Rodrigo Pacheco and House Speaker Arthur Lira confirmed that they had called UN Secretary General Antonio Guterres on Wednesday, asking for early delivery of COVAX vaccine to Brazil under the WHO initiative to help fight the pandemic.

With the pandemic growing, Brazilian economy has been trapped in the doldrums, and employment has deteriorated further. According to the Brazilian Institute of Geography and Statistics (IBGE), the number of unemployed has risen from 14.1 million in October 2020 to 14.3 million in January 2021, an increase of 20 percent year on year.

The IMF had forecast Brazil's GDP growth of 3.6 percent in 2021. However, Brazil's economic recovery faces more uncertainty due to a new peak in the outbreak.