Download
The U.S. is its own greatest threat, not China
First Voice 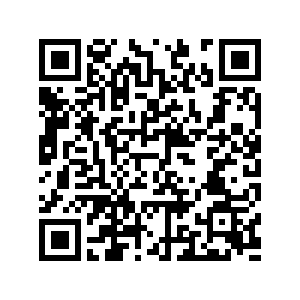 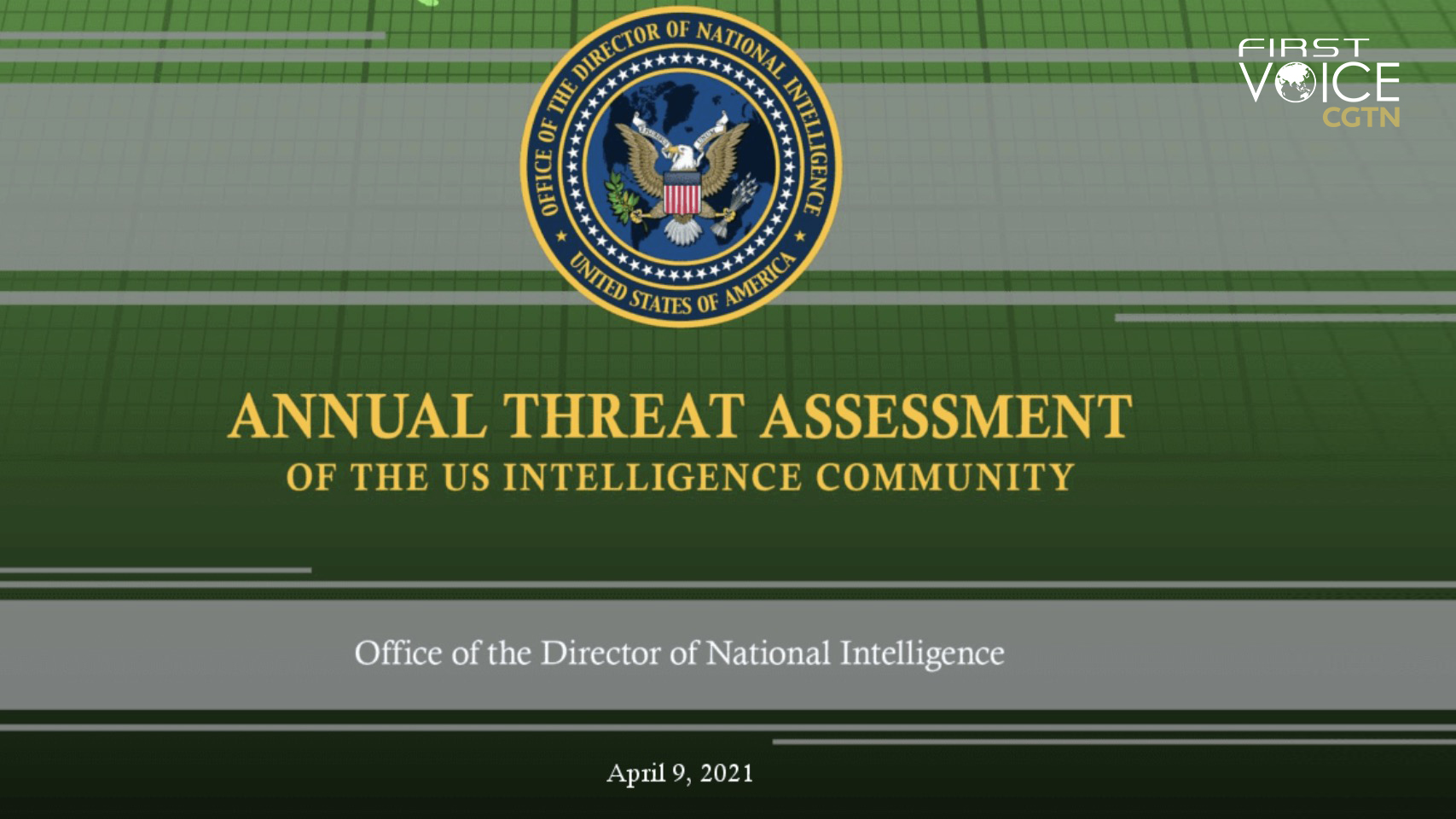 The U.S. intelligence community says China is the biggest threat to the nation. The reason? "China increasingly is a near-peer competitor, challenging the United States in multiple arenas especially economically, militarily, and technologically – and is pushing to change global norms," wrote the U.S.' Annual Threat Assessment report.

This conclusion of the Annual Threat Assessment of the U.S. Intelligence Community reflects that the U.S. believes it is entitled to hold the leading position in world affairs. China is not seen as a threat because it invades and occupies other nations, nor because it refuses to cooperate with multilateral organizations like the United Nations or the World Trade Organization. China is not refusing to take measures to counter shared threats to humanity like climate change and health threats. In fact, the U.S., not China, has been guilty of all these threats.

China is seen as a threat because it is upsetting American's deeply held sense of superiority and entitlement to treat the entire world as its backyard. 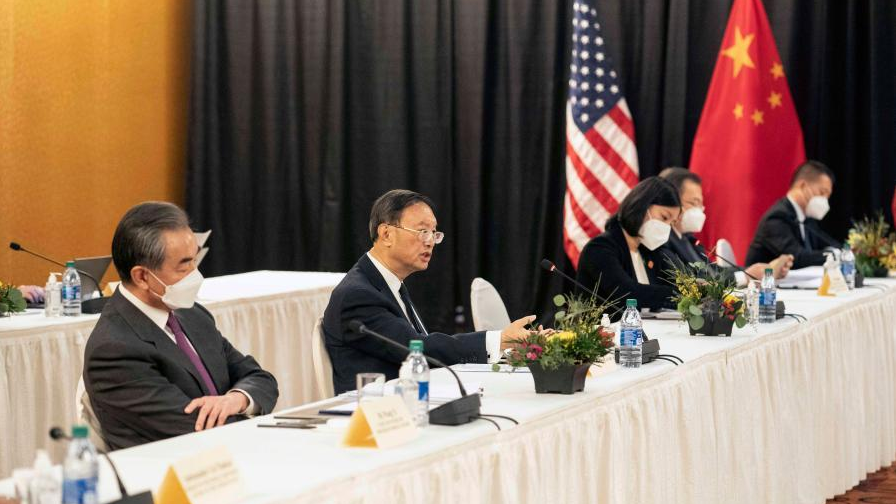 Yang Jiechi, a member of the Political Bureau of the Communist Party of China (CPC) Central Committee and Director of the Office of the Foreign Affairs Commission of the CPC Central Committee, puts forward China's stands on relevant issues at the start of the high-level strategic dialogue with the United States in the Alaskan city of Anchorage, March 18, 2021. /Xinhua

Yang Jiechi, a member of the Political Bureau of the Communist Party of China (CPC) Central Committee and Director of the Office of the Foreign Affairs Commission of the CPC Central Committee, puts forward China's stands on relevant issues at the start of the high-level strategic dialogue with the United States in the Alaskan city of Anchorage, March 18, 2021. /Xinhua

Let's unpack some of the claims in the threat assessment.

The threat assessment notes that China is challenging U.S. leadership in emerging technologies. It predicts "new technological developments will increasingly emerge from multiple countries and with less warning." The assessment also notes that Beijing is "working to match or exceed U.S. capabilities in space to gain the military, economic, and prestige benefits that Washington has accrued from space leadership."

If the United States didn't feel entitled to control everything, none of these actions would be threatening. The U.S. population at large still looks down on China and Chinese people. After China recently landed on the moon, many Americans scoffed that the United States had done so more than five decades before. When China tried to warn the U.S. about the dangers of COVID-19, the U.S. arrogantly disregarded the warnings, assuming its advanced medical and disease control system made the country impervious to harm.

The Chinese government is diligently directing resources at basic research and training young scientists in science and technology. The U.S., a country considered to be a leader in basic research, has been hijacked at the highest levels by elite interests. Its government focuses on tax cuts and directing wealth toward corporations. The responsibility for research and even space flight has been handed over to private interests.

To some extent, the threat assessment reflects the struggle of U.S. elites as they begin to become dimly aware that America's brief reign as the world's sole superpower is coming to an end. As the architecture of Washington D.C. government buildings shows, Americans have always thought of themselves as Roman-like, destined to enforce a Pax Americana across the world for hundreds of years. 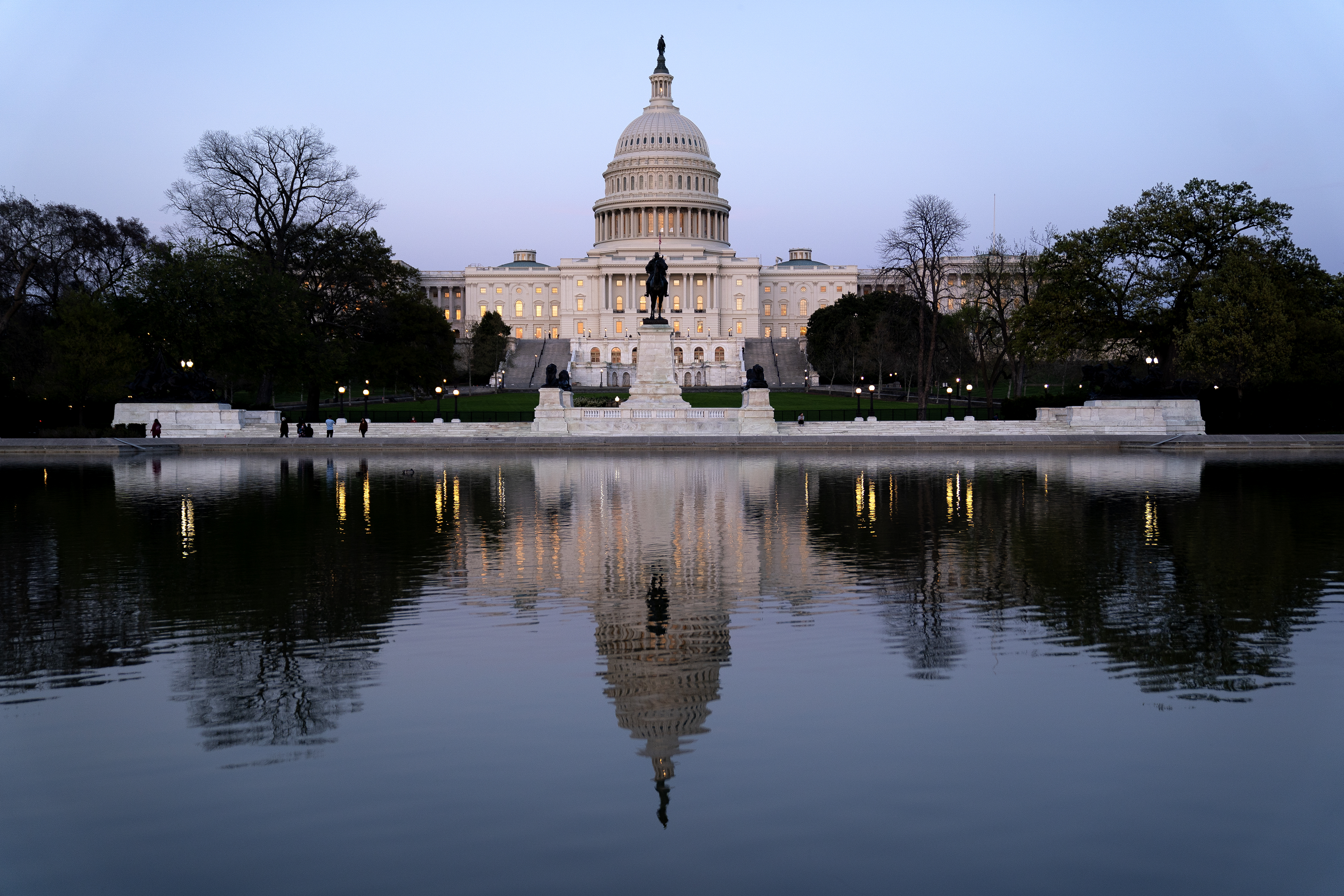 In all likelihood, as the U.S. falls into decadence, its government falls into paralysis and dysfunction and its global standing relies on economic bullying and military rather than moral force, its period of hegemony will be more akin to the ancient Greeks – remembered primarily for a brief Golden Age. The U.S. system is broken. The government serves elites, not common people. Its moral authority around the world has been squandered. It has abused and betrayed its alliances around the world. If the threat assessment were more honest, the U.S. would be listed as its own worst enemy, not China.

The U.S. has mistaken its escape from the devastation of World War II, its size and its abundance in natural resources as a sign that it has a superior system. In fact, a fortunate set of historical circumstances led U.S. into a golden era, and now those circumstances have ended.

America could still have a bright future ahead if it is focused on achieving these ideals for its own people, and set to work on repairing its own house without controlling the aspirations of every other nation. However, many Americans have a deep-rooted belief that the U.S. is exceptional among nations. And until the U.S. drops this historical fantasy, respects other nations as equals, fixes its own problems and stops meddling in other nation's domestic affairs, the world will be full of threats – and cooperation and win-win outcomes that come so easily to other nations will remain out of reach.