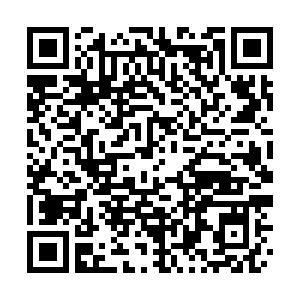 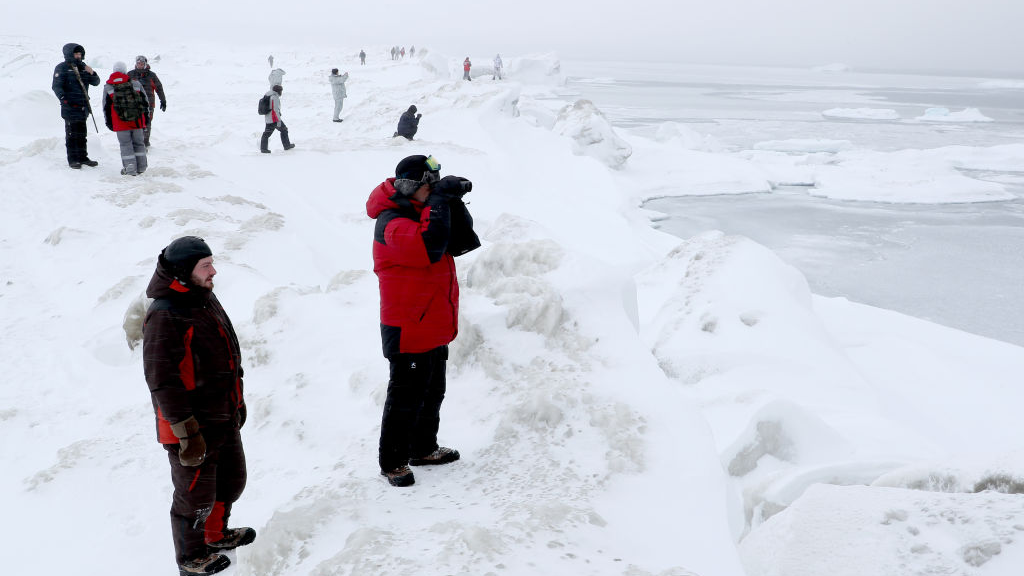 Researchers on Cape Nimrod on Alexandra Land, an island of the Franz Joseph Land archipelago, in the Arctic Ocean during the Umka 2021 expedition organised by the Russian Geographical Society. /Getty

Researchers on Cape Nimrod on Alexandra Land, an island of the Franz Joseph Land archipelago, in the Arctic Ocean during the Umka 2021 expedition organised by the Russian Geographical Society. /Getty

On March 23, the 400-meter long container ship Ever Given, flying the Panamanian flag from China to Rotterdam, ran aground in the Suez Canal's narrowest part. According to analysts from the insurance company Allianz, global trade could lose $230 billion directly due to this incident.

Allianz also notes that in 2019 more than 19,000 ships passed through the canal, which transported 1.25 billion tons of cargo, accounting for about 13 percent of world trade. Because of this episode, shipping costs skyrocketed. According to Bloomberg, shipping one 40-foot container from China to Europe now costs about $8,000, and a year ago, it was four times cheaper.

The Northern Sea Route (NSR) passing through the Arctic Ocean has returned to the global information field. This route is the shortest pathway between Asia and Europe, and the delivery of goods along it is almost 30 percent faster than other sea routes. But communication along it is complicated by the harsh climate and heavy ice conditions. In the eastern sector of the NSR, the ice thickness in winter exceeds 4 meters. And despite some climate warming in the Arctic, passage along this route is still possible only from May to December.

Also, the NSR has other disadvantages. Its infrastructure is not yet ready to receive many large-tonnage vessels since there are no equipped ports along the route. The movement of cargo requires constant icebreaking, navigation, hydrographic, and meteorological escort of ships. Ships move through high-risk areas, which increases insurance premiums. Active maneuvering among ice fields significantly increases fuel consumption. The straits through which the route passes seriously limit the draft and tonnage of ships passing through them. Thus, the Kara Gates Strait depth is 21m, and the Sannikov Strait is only 13m. Only vessels with a capacity of no more than 4,500 TEU (Twenty-Foot Equivalent Unit) can pass along this route. For example, modern Triple E-Class container ships can carry 18,200 TEU.

The Russian government recognizes the current difficulties of transporting goods along the NSR. Deputy Prime Minister Yuri Trutnev told reporters on March 31 that now transportation via the NSR is 30 percent more expensive than via the Suez Canal. "We are obliged to reduce the cost of transportation of goods along the Northern Sea Route. If this requires a separate state program, separate support, then this should be done," he suggested.

China is also showing great interest in the development of the Arctic route. The Chinese government's 14th Five-Year Plan, approved on March 12, confirmed Beijing's interest in further developing the Arctic Silk Road as a component of the broader Belt and Road Initiative. As early as June 2017, the National Development and Reform Committee and the State Oceanographic Administration of China named the Arctic Silk Road as one of the Belt and Road Initiative areas.

China and Russia are interested in developing the Arctic mainly because it contains a fifth of the Earth's natural resources. But both countries seek to establish northern trade routes, not only for purely business reasons. In addition to reaping clear economic benefits, they hope to improve their energy security through the Arctic trade pathway. 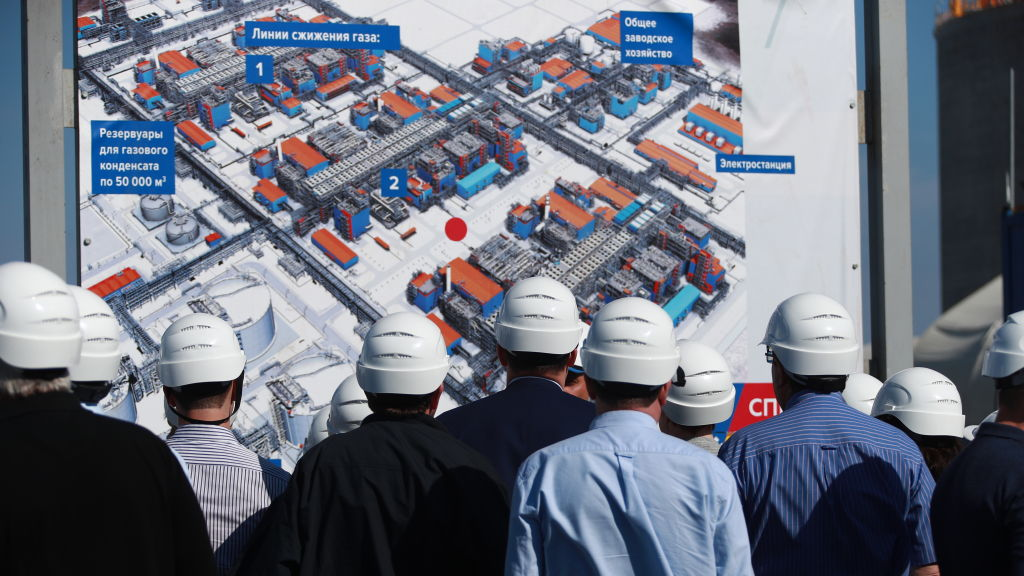 Russian ambassadors look at a map as they visit Yamal LNG Plant in the town of in Sabetta, in the South Tambey Field on Yamal Peninsula, in Arctic Russia; JSC Yamal LNG is a joint-venture by Novatek, Total, CNPC, and Silk Road Fund; the facility produces gas condensate for Asia-Pacific and European markets. /Getty

Russian ambassadors look at a map as they visit Yamal LNG Plant in the town of in Sabetta, in the South Tambey Field on Yamal Peninsula, in Arctic Russia; JSC Yamal LNG is a joint-venture by Novatek, Total, CNPC, and Silk Road Fund; the facility produces gas condensate for Asia-Pacific and European markets. /Getty

The world's largest project to produce liquefied natural gas (LNG) gave a powerful impetus to developing the NSR on the Yamal Peninsula. The partners in this global project are the Russian Novatek, the China National Petroleum Corporation (CNPC), the French Total, and the Chinese Silk Road Fund. Together, CNPC and the Silk Road Fund own 30 percent of the shares. In July 2018, seven months after the start of work, the first batch of LNG from Yamal was delivered to Nantong, Jiangsu Province. The second phase of the project is currently under construction on the Gydan Peninsula, east of Yamal, and will be commissioned in 2023.

In June 2019, the second large-scale energy project between Russia and China on the Arctic Silk Road was launched. The Chinese National Chemical Engineering Group and the Russian company Neftegaz Holding have signed a deal to develop the Payakha field, located on the Taimyr Peninsula, with $5 billion over four years. The project includes six oil refineries, a port capable of processing 50 million tons of oil per year, 410 kilometers of pipelines, a 750 megawatts power plant, and an oil storage facility.

In the future, the NSR will allow China to deliver goods to Europe by the sea in less than 48 days, which is the average required to get from the northern ports of China to Rotterdam through the Suez Canal. Last year, the Arctic LNG carrier Christophe de Margerie arrived in South Korea from Norway without icebreaker escort, and the journey lasted only 15 days.

In 2020, 33 million tons of cargoes were transported along the NSR. By 2024, the traffic volumes will increase to 60-80 million tons, mainly due to the development of projects for LNG production. It is planned that by 2035 there will be a significant increase in cargo traffic due to the transition to a permanent year-round operation with the advent of new generation icebreakers.

However, experts expect significant traffic growth to occur much earlier. Cooperation between China and Russia on the Arctic Silk Road has a promising future.