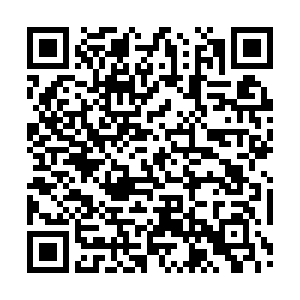 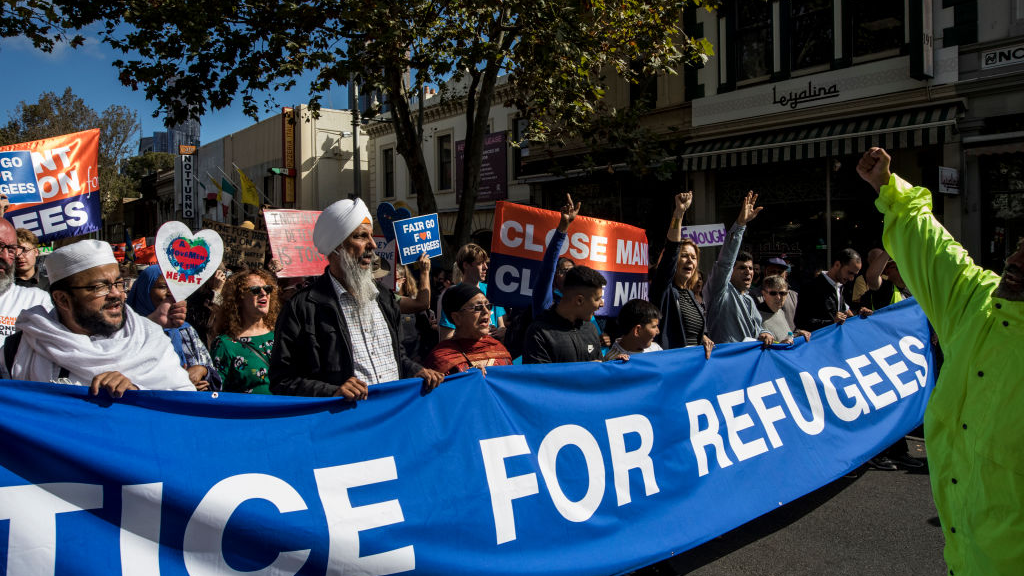 Supporters of the rally for the refugees are seen marching toward Park Hotel in Carlton where 12 refugees are detained in Melbourne, Australia, March 28, 2021. /Getty

Supporters of the rally for the refugees are seen marching toward Park Hotel in Carlton where 12 refugees are detained in Melbourne, Australia, March 28, 2021. /Getty

The story of the Australian Strategic Policy Institute (ASPI) in pursuit of "truth" in Xinjiang reveals an extraordinary degree of self-deception. It adds further detail to the already well-established picture of a muddled and desperate anti-China campaign that has no shot of truth in its denial cocktail.

The think tank's researchers claim they have identified and mapped over 380 sites in a detention network in Xinjiang. According to Xinjiang government spokesman Xu Guixiang, however, the Australian institute is lying to itself. The structures described as "internment facilities" in its "Xinjiang Data Project" are in fact schools, government buildings, hospitals, residential blocks and shops.

Isn't it funny how the institute's investigators still insist on living inside the lies they have manufactured for Xinjiang? How come they talk about human rights until the rights include things that they never like to have frank discussions about, such as those in Australia?

Asylum seekers and refugees for sale

Unfolding in real time, asylum seekers and refugees heading to Australia are systematically detained and sent to unhygienic, perilous and unacceptable incarceration camps on the remote Christmas Island and the Pacific island nations of Nauru and Papua New Guinea.

The medieval detention regime and anti-immigration policy have brought extreme levels of physical, emotional, psychological and developmental pains to countless families and their traumatized children. Throughout the years and in countless reports, Australia's Human Rights Commission has called for the release of all migrants but to no avail. Squarely implicated by what's happening, Gillian Triggs has been forced, to resign.

The international humanitarian law is well-defined. Immigration detention cannot be for punishment or prevention. Migrants may be detained for the shortest time necessary and within the country where they seek asylum. And children must never be detained.

It's an international obligation for the Canberra government to treat refugees and asylum seekers with dignity and respect, close the unlawful detention camps, get all asylum seekers off the Nauru, Manus and Christmas islands, and resettle them in Australia.

In Australia, the root of systematic oppression and dominion is loss of memory where the Indigenous population suffer some of the highest levels of rights abuses in the world. They make up the largest part of the criminal justice system, comprising 29 percent of the adult prison population.

Incarceration excessively affects Indigenous children as well. They are detained more than non-Indigenous children. Based on reports by the local media, it is here that young Indigenous offenders are "stripped naked, assaulted, tear gassed and abused." 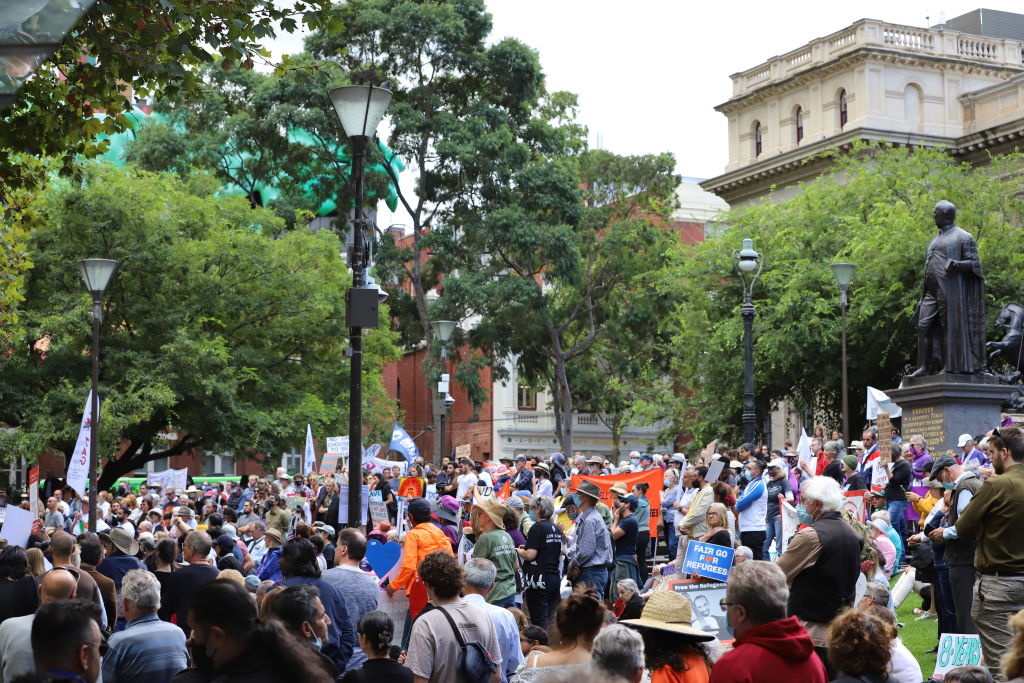 Supporters of the rally for the refugees are seen gathering at the State Library of Victoria in Melbourne, Australia, March 28, 2021. /Getty

Supporters of the rally for the refugees are seen gathering at the State Library of Victoria in Melbourne, Australia, March 28, 2021. /Getty

It's a position also shared by countless UN human rights reports and data collected by activists, lawyers, researchers, journalists and NGO workers. They say Indigenous Australians, refugees and asylum seekers are "systematically and regularly" vulnerable to human rights abuses. They are at risk of having their rights to health, education and housing denied.

Regrettably, the Canberra government has a tin ear for international calls to act on the UN Declaration on the Rights of Indigenous Peoples, Indigenous-led initiatives and independent inquiries into complaints against police and prisons. This threatens to impair the indigenous population's ability to practice and transmit its traditions and customs which are protected under the UN Charter.

No subtlety here. Canberra has ruled out any promise to fully abandon the culture of cover-up and double-standard with regard to human rights encroachments. The centuries-old habit of subjecting refugees and indigenous population to inhuman and degrading treatment and punishment is hard to kick. The already well-established policy states that "refugees and asylum seekers will never come to Australia."

Likewise, expect no human rights report or deeply thought-out "data" or self-incrimination from the ASPI. In a fit of self-deception that highlights its desperation behind the anti-China bid, the institute may never dig deeply into the incarceration of indigenous people, or highlight the plight of refugees and asylum seekers being brutalized in Australia's offshore camps. It is based on little more than wishful thinking that the think tank will ever abandon its commitment to double-standard and get the international human rights community on board.

The real struggle for the apologists of the Australian institute is to cease to be the property of a racist state whose human rights abuses are not accidents. They are, rather, the systematic and regular symptoms of deeper obsession of power and dominion, linked to a longstanding, firmly grounded colonial backdrop that determines who will suffer abuse and who will be shielded from abuse.