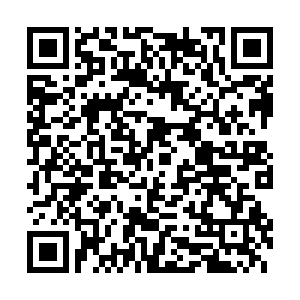 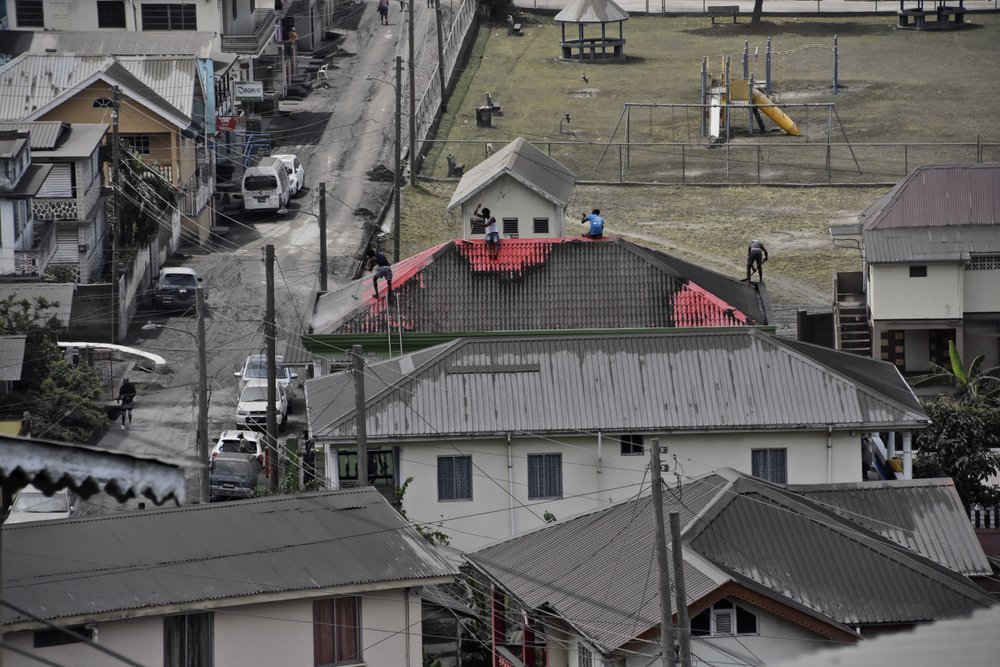 People clean volcanic ash from the red roof of a home after La Soufriere volcano erupted, in Wallilabou, on the western side of the Caribbean island of St. Vincent, April 12, 2021. /AP

People clean volcanic ash from the red roof of a home after La Soufriere volcano erupted, in Wallilabou, on the western side of the Caribbean island of St. Vincent, April 12, 2021. /AP

The eruption of La Soufrière  volcano last week has triggered a humanitarian crisis, displacing some 20,000 people - roughly one-fifth of the population of St. Vincent and the Grenadines, said Didier Trebucq, UN Resident Coordinator for Barbados and the Caribbean, during a press conference on Thursday.

The UN is set to launch a funding appeal for St. Vincent and the Grenadines and provide experts who will devise a plan for the clean-up of volcanic ash.

"We are about to initiate the UN funding appeal and response plan to support the humanitarian response, but also the early recovery for the next six months," Trebucq said.

About 20,000 people have been evacuated since La Soufriere volcano began erupting last Friday. However, reduced visibility has hampered the evacuation, with only one-fifth of total residents safely evacuated so far. During the evacuation, public transport was at full capacity and residents had to hitchhike on the side of the road.

The pandemic also is complicating response efforts. At least 14 new cases of COVID-19 have been reported since Friday, and all those going to shelters are being tested. Those who test positive are taken to isolation centers.

Some 4,000 displaced residents are now living in 87 shelters where many facilities are poorly equipped, and others have found refuge while a handful fled to neighboring countries, according to UN official website.

Water provision was a top priority for rescue teams, Trebucq said. "The clean-up of the ashes , finally, is another important priority, in terms of environmental health but also clean-up to make sure that life can come back to normal outside the red zone as soon as possible."

The Caribbean island of St. Vincent and the Grenadines, with a population of about 100,000, was forced to take precautionary measures in the north of the island nation as La Soufrière volcano in the region erupted last Thursday.

Soufrière  means "sulfur export" in French. The volcano has been dormant for more than 40 years and began showing signs of activity in December 2020.