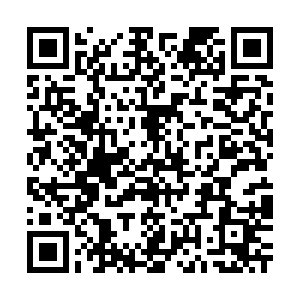 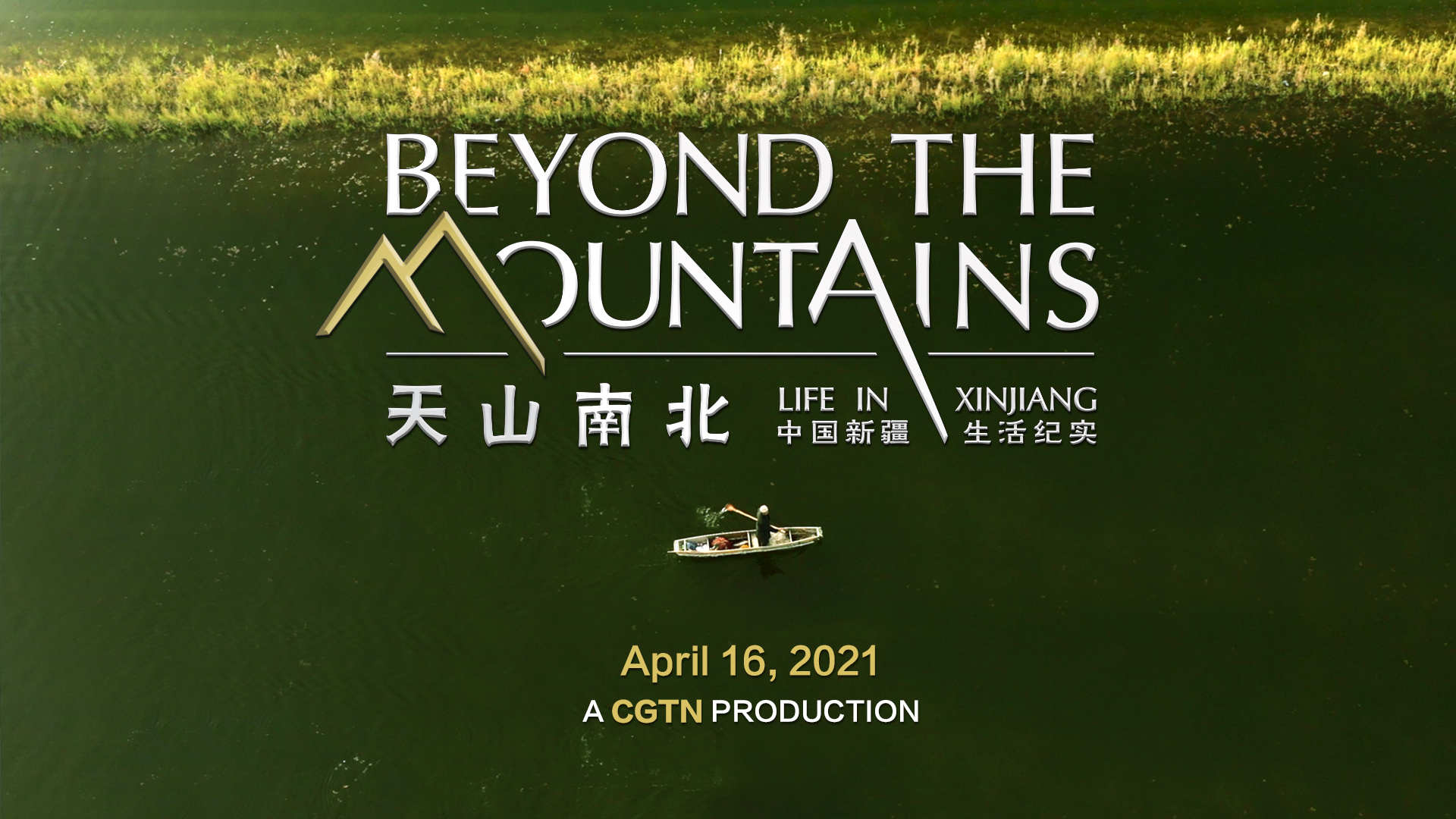 That said, the new documentary, "Beyond the Mountains: Life in Xinjiang," was not commissioned in response to the current rounds of debates, but had been planned for a very long time. It was produced together with "The War in the Shadows: Challenges of Fighting Terrorism in Xinjiang," starting from the end of August 2020. The same team, two documentaries, and two different images of Xinjiang. It's all about how you see the region.

In 2016, when we were doing a special series "Exploring China's New Frontier," we went to the north of Xinjiang's Zhaosu County, in Ili Kazakh Autonomous Prefecture. It has some of the best grasslands in Xinjiang. We wanted to go back to Zhaosu to tell the story of "Grassland Generations."

My original thinking was traditional Kazakhs are a nomadic minority, good at singing and riding horses. I called Ili Normal University to find a male student who is majoring in music, whose grandfather lives the traditional herding lifestyle. The university provided four candidates: three music majors, and one dance major. I dismissed the dance major without hesitation, believing ballet and ethnic dancing are for women. But on second thought, I dialed his number to learn more about his story.

The story of Erjanat Nurkidir and his grandfather gave us a surprise. They became the opening story of this documentary. Erjanat's grandfather once argued with him: "Dancing and dancing will come to nothing." Erjanat says: "Times have changed and I have my own ideas." When his grandfather watched him on stage, it was a revelation: "I shouldn't have said those words." Stereotypes are often inevitable. Sometimes, they come from ourselves.

Xinjiang has conflicting images outside China. We try to record this region's process of change through its people.

My first question to Samira Arkin, a bridal shop owner in Kashgar, made her cry. "What did you want to change when you returned to your hometown after graduation in 2010?"

"I saw many women covered themselves up. All women want to be pretty, so this was hard for me to take. I wanted to change how they dress and how they think about it," says Samira.

It's a simple wish, but back in 2010 in Kashgar, it took great courage just to think in that way. When Samira got married, she really wanted a white gown. Her extended family were all against it. When she decided to go into the bridal business in 2014, it was the same. "Many people in the old town believed dressing up and wearing makeup in public wasn't proper." Today, Samira says women in Kashgar dare to wear what they like, to accept the white gown and the makeup she puts on them.

This documentary profiles some 20 ordinary people like Samira. They are representatives of today's life in Xinjiang.

Mardan Ablimit, who runs a coffee shop in Kashgar, wants to embrace modernity and combine it with tradition. "I hope to dispel all those misconceptions held by people who've never been here." Memetjan Metqasim, a musician from Hotan, says his impression of Xinjiang is as richly varied as the rainbow. "The prejudices have grown out of a lack of understanding." Meng Lulu, a leather artist in Urumqi, says Xinjiang's ethnic culture itself is such a treasure trove. "Then you will see how different ethnic groups have mingled and lived together." Tiemerbat Darimzhan, abbot of Balun Kure Monastery in Hejing County, says preserving the water source is as important as their religion. "Water is the milk of Mother Earth." And Yang Zongzong, a botanist, is on a mission to find and catalogue every species. "With every new discovery, I love this land even more." …

I think as Xinjiang continues to open up, people from around the world will have more access. The world will see a more balanced and truer picture.

To change with the changes

This documentary is also about the changes and the price of change. It's how social changes affect the lives of ordinary people, and their efforts to bring new changes in society. Xinjiang is like many other places in China, on a track of fast development. And yet progress often comes at a cost. Many Western countries have had similar experiences that resulted in social changes, too. And the situation in Xinjiang is very complicated, as it involves ethnic, religious and anti-terrorism issues.

The changes are not only for the ethnic Uygur minority. They also affect all other ethnic groups in the region, like the Kazakhs, the Kyrgyz, and the Mongolians. Perhaps the only way to see a true picture is to give up stereotypes and keep up with the changes. As I said in the opening promo:

"Decades of development have taken modern Xinjiang from isolation to economic dynamism.

The Tianshan Mountains are part of that story …

And there are other mountains … many of them in the mind."

Special thanks go to the China Society for Human Rights Studies, as well various institutions and individuals who have contributed to this program.