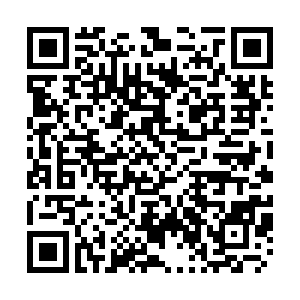 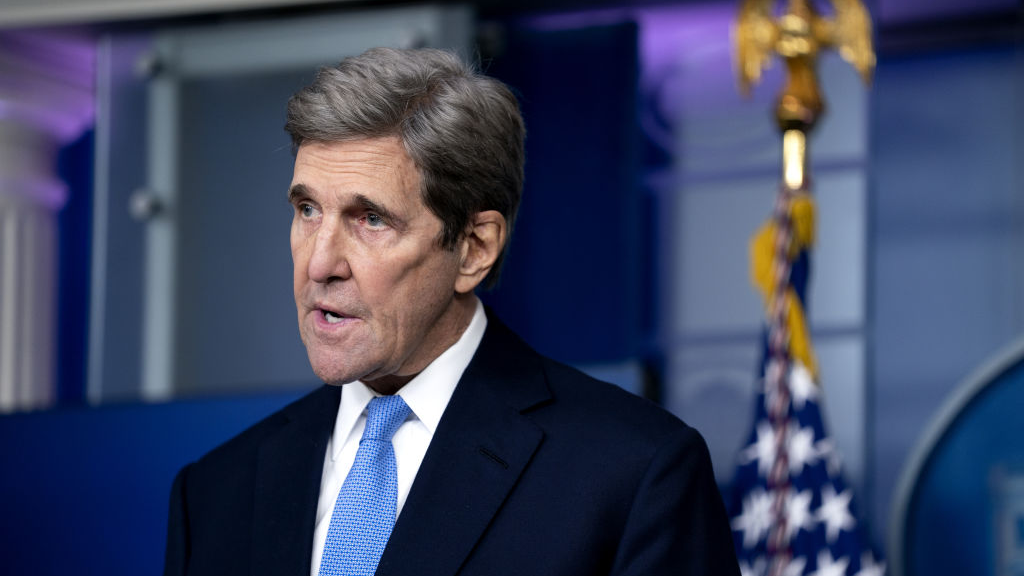 U.S. climate envoy, John Kerry, arrived in Shanghai on April 14 laden with expectations of millions who supported President Joe Biden because he promised a cooperative approach to dealing with global problems like climate change.

"The Longer Telegram" (TLT), a foreign policy document published by the Atlantic Council, reinforced these hopes, proposing that the Biden administration approach China by carefully distinguishing U.S. "red lines" from less critical areas and even demarcating climate change as an area of cooperation. The NATO-related think tank's commitment to Henry Kissinger-style realism, a worldview focused on the realities of power, also appeared refreshing after the unhinged militarism and unilateralism of the last two decades.

However, a powerful undertow appears to be pulling the U.S. towards an aggressive China stance. The TLT approach was already falling apart at the high-level U.S.-China talks in Alaska. Although Secretary of State Antony Blinken practically quoted TLT when he said that the U.S.'s China stance will be "cooperative when it should be, collaborative where it can be and adversarial only when it must be," the talks broke down in acrimony.

Now, even before Kerry stepped foot in China, the aggressive slip was showing below the realist skirts.

Entirely ignoring China's efforts to advance cooperatively, the U.S. rattled its "human rights" sabre, saying it would not tie compromise on Hong Kong or Xinjiang to agreement on the climate. It also sent a high-level delegation to Taiwan as a provocative "personal signal" of U.S. commitment to Taiwan. To top it all, Kerry implied China will negotiate in bad faith with claims that the U.S. would force China into climate compliance by technologically monitoring national emissions.

Why is this happening? TLT provides a clue. Despite its fresh approach, the goals remain unchanged: TLT recommends the U.S. make it clear to China "that it is in the country's best interests to continue to operate within the existing U.S.-led liberal international order rather than build a rival order" and to not "expand China's borders or export its political model beyond China's shores."

Leave aside that China never proposed to export its model. How "realistic" is continued pursuit of a unipolar world order? Back in the 1970s, realism had led the U.S., when its means and power were diminished, from Cold War to détente. The U.S. has even lesser means today. The TLT's "realism" has surely taken leave of reality.

TLT's reference to the famous anonymous 1946 "Long Telegram" is vain. It is a myth that it set U.S. policy for the Cold War with the USSR. Its soon-to-be-revealed author, U.S. ambassador to the USSR, George Kennan, falsely claimed that the USSR was "fanatically" and "neurotically" "expansionist" when Stalin carefully observed Cold War spheres of influence. U.S. policy also exceeded Kennan's "containment" prescription, provoking a dangerous arms race, in part by claiming every popular anti-colonial revolution was a Soviet machination.

Even so, Kennan proposed the modest policy of containment even though U.S. power was at its peak at the time. TLT, by contrast, proposes the pursuit maximal ambitions by ignoring the elephant in the room: the U.S.' economic decline over the very decades of China's spectacular growth and modernization. 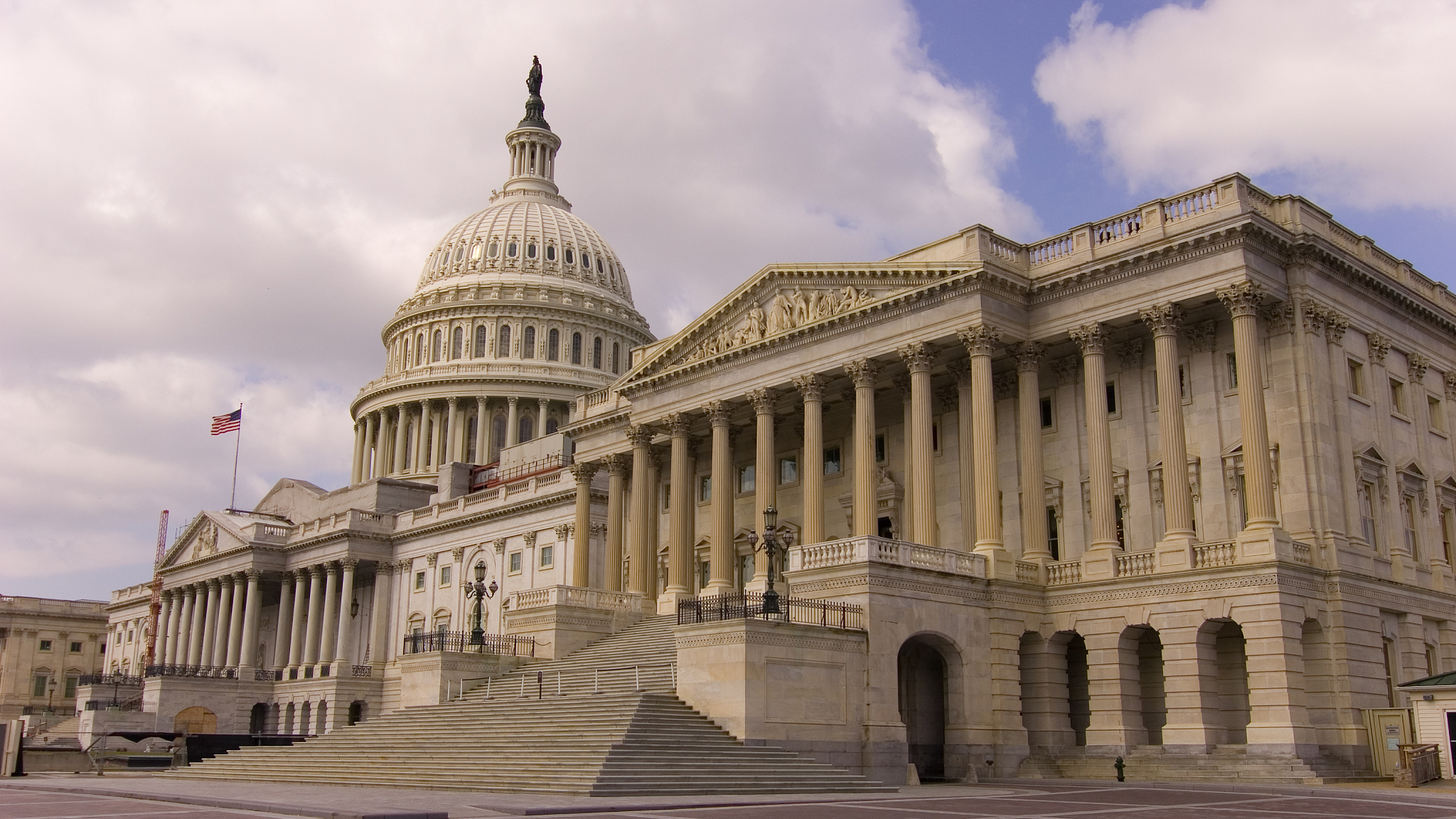 It entirely ignores how, over four decades, neoliberal pro-business, pro-corporate policy paradigm lowered U.S. growth, profitability and investment with each passing decade, indebted U.S. households, corporations and governments and increased unproductive financialization and inequality. In 2016, Trump exploited the resulting political division to forge an electoral victory and in 2020 Biden had to work with the same terrain.

Both combined political manipulation of ordinary people who paid the cost of neoliberalism and service to the plutocracy that benefitted from it. However, this combination also tied both administrations into a course of aggression towards China and an inability to address the U.S.'s long-term economic deterioration that produced this situation.

Today, the Biden administration, aided by the International Monetary Fund, paints a rosy picture of U.S. recovery, but its American Rescue Plan can only give a temporary economic boost while the much-touted the American Jobs Plan, spread over eight years, has turned out to be hopelessly modest.

The Biden administration merely diluted neoliberalism very slightly when countering U.S. economic decline requires a radical course correction. The U.S. needs to learn – including learn from China – how to regulate its financial and productive structures to deliver broad-based, sustained and ecologically sustainable well-being, not speculation and plutocracy. The U.S. can do this only if its governments cease to be servants of big and financial corporations and become truly responsible to their citizens. Should they do this, ironically, the U.S. will come to resemble China, not the other way around.