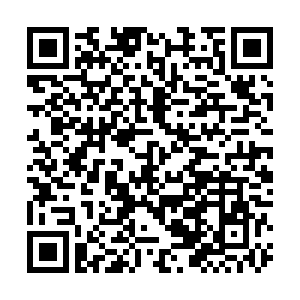 Editor's note: This year marks the 100th anniversary of the founding of the Communist Party of China. Of the CPC's 90 million members, many have become pioneers in their respective fields and role models for the public. To mark the special occasion, CGTN is rolling out a series of stories featuring CPC members from different walks of life. This story is about a bus driver who gave his face mask to others when the whole city is short of face masks. For those who choose to be a bus driver, their day starts early and ends late. 45-year-old Xu Gang from Fushun, a coal city in China's northeast Liaoning Province, became a bus driver six years ago. He told CGTN that during his work, what he enjoys the most is being a man of responsibility.

"Driving a bus can be monotonous: the same hours, the same routes all year long. But it depends on how you look at it. Transporting passengers from A to B safely and providing them with a pleasant journey are accomplishments for me," said Xu.

During the COVID-19 epidemic, public transport is still a vital part of getting around in the city, which means, people who work in the sector, like Xu, are at greater risk of exposure to the virus. When the epidemic spread to his city, panic buying broke out: people rushed to stores to stock up face masks. At the time, though Xu didn't have enough face masks, he offered one of his few face masks to an older man, which made local headlines after being reported.

"Our bus company was on a tight budget, so drivers had to purchase masks out of our own pockets. When the epidemic first broke out, you know how difficult it was to buy those masks. One cold winter day, a passenger got on the bus, he wasn't wearing a mask, so I told him to get off. But then I thought, how was an old man like him supposed to return home in such harsh weather? I called him back, and gave him one of the few masks I had," Xu said.

The worst of times can bring out the best in people. Few days later, the elder man, together with his daughter, came to the bus company where Xu works, and donated 100 face masks to Xu and his coworkers. The story was soon reported by local newspapers and many were inspired by the bus driver to remain united in the battle against COVID-19.

Xu Hongwei, the daughter of Xu, who is now preparing for the upcoming national College Entrance Examination, told CGTN that her father had once missed one of the most important exams in her life three years ago due to his work.

"My father didn't accompany me during the high school entrance exam because the bus company was short of staff, and he volunteered to work overtime," Xu said. "I was complaining at first because all my classmates had their parents waiting outside the examination hall. Now as I've got to know the CPC better, I fully understand why he did that, and I want to be a CPC member one day just like him."

When Xu Gang was asked about why he wanted to join the CPC, he answered that he tries to lead by example and to better serve others.

"When I first joined the bus company, I got to know one older colleague who has been a CPC member for over 30 years. Usually for a man at his age, he really should be planning for retirement. But instead, he always kept himself busy with maintenance, cleaning the buses and coaching young drivers. I was inspired by such a spirit of selfless dedication, and wanted to become a CPC member just like him," Xu told CGTN.

Men of the people: A businessman provides low-price masks in epidemic