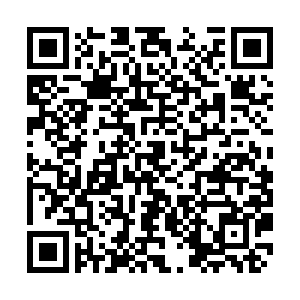 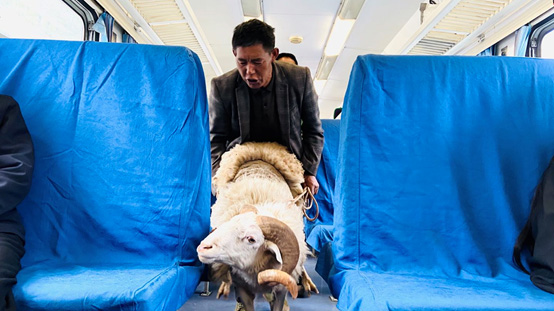 Were trains especially invented for humans? You may need to think twice before giving a positive answer. In some remote areas of China, livestock can also be passengers, such as pigs, sheep, chicken and ducks, among other animals.

And yes, they have their own "seats."

Train No. 5633/4 is just one of such trains. This old-fashioned green train has run for some 50 years, linking Liangshan Yi Autonomous Prefecture in southwest China's Sichuan Province to the city of Panzhihua. The whole trip takes about 10 hours, with 26 stops. 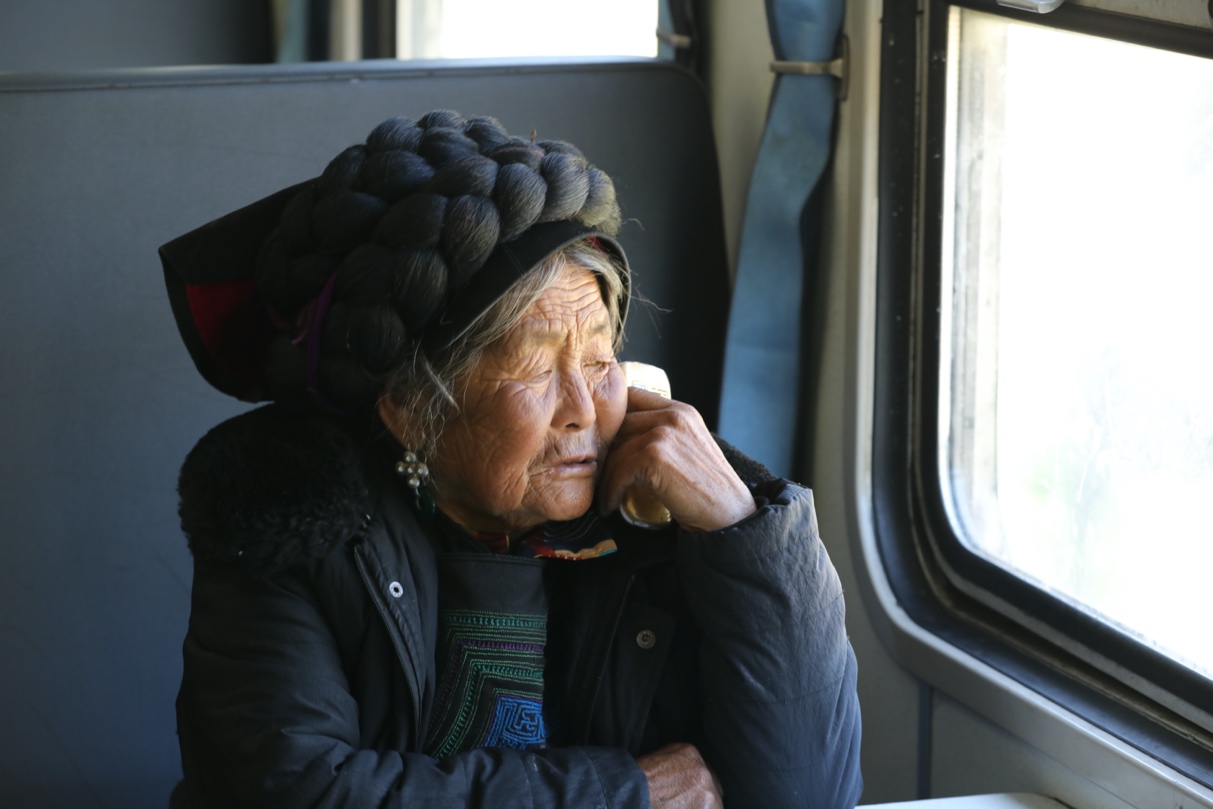 A woman of the Yi ethnic group takes the train. Wu Siyi/CGTN

A woman of the Yi ethnic group takes the train. Wu Siyi/CGTN

Liangshan is the largest community for Yi ethnic people. It's also one of China's most impoverished regions due to its tough terrains. Over the past half a century, this slow train has served as a "lifeline" for local villagers.

"Without this train, we'd have to walk, as the transportation in our hometown isn't convenient. For a long time, there were no other options," Niku Mugu, a frequent passenger, told CGTN.

Many people take the train to rural fairs with their farm produce or livestock. Some take it to visit relatives. For students, it's just like their "school bus" by which they can commute between home and school every day. And the lowest price has remained at two yuan, about 30 U.S. cents.

We met a woman in her 60s on the train. She was transporting some wild potherbs to a market in the city.

"I'm too old to seek job opportunities outside. With this train, I can still get some money for daily necessities," she said.

Sometimes, the train is just a "mobile market," as people would just make trades during the trip. 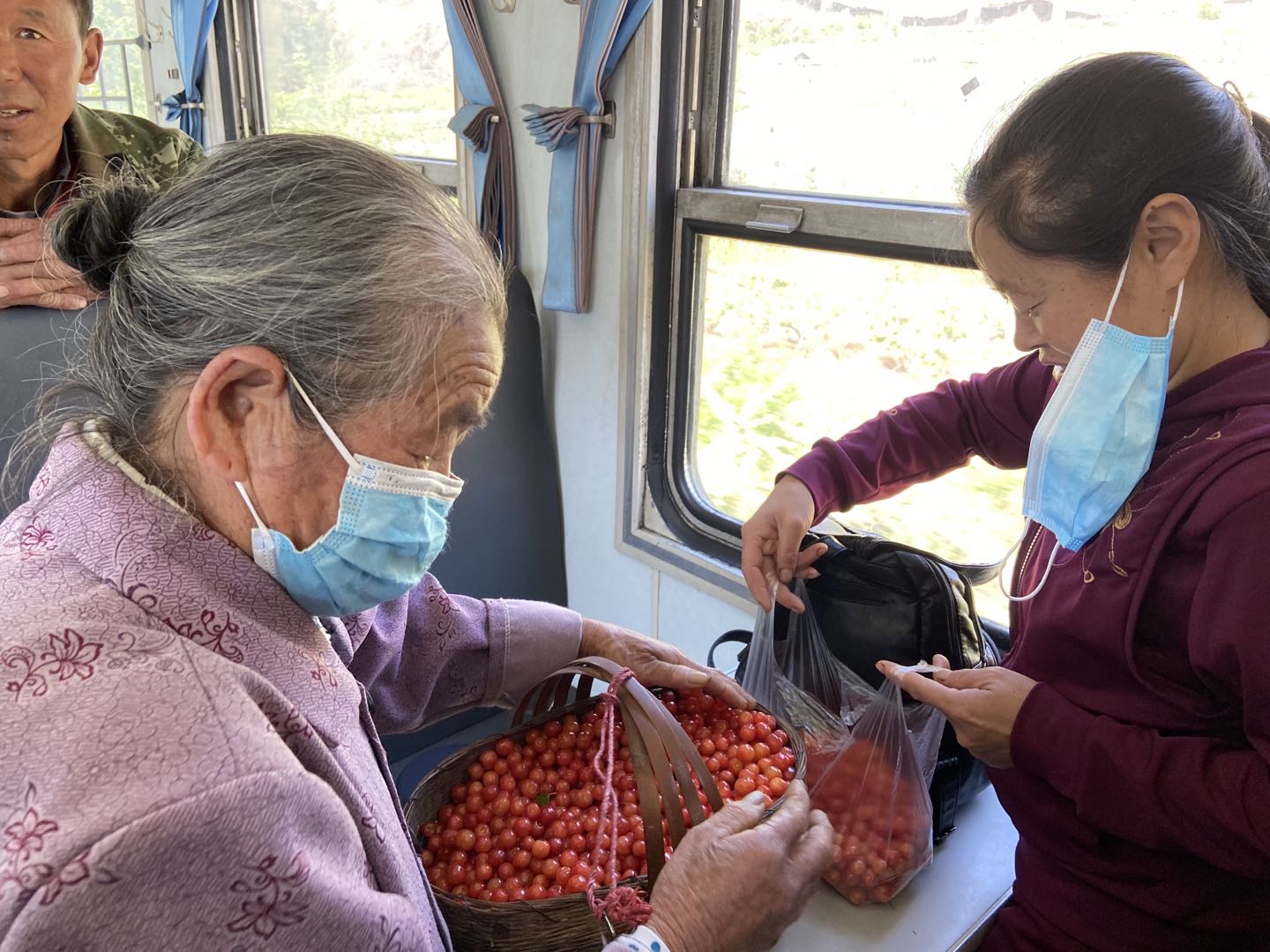 A passenger is buying cherries on the train. Yang Jinghao/CGTN

A passenger is buying cherries on the train. Yang Jinghao/CGTN

Liu Wei used to be a passenger on this train as a child. He has worked on it for 28 years. He says the train has been upgraded constantly to better serve passengers. For example, a designated carriage was set up for livestock.

"The villagers get more profit when their livestock is transported to larger markets. For many people, they are simply pigs or sheep. But in our eyes, it means tuition fees for the villagers' children," said Liu, conductor of the train.

Over decades, Liu has also witnessed changes outside the train.

"Their houses have all turned from adobe houses into concrete ones or even buildings. And there weren't even roads, but we can see cement roads all around which are connected to railroads," Liu said as the train passed by a small village. 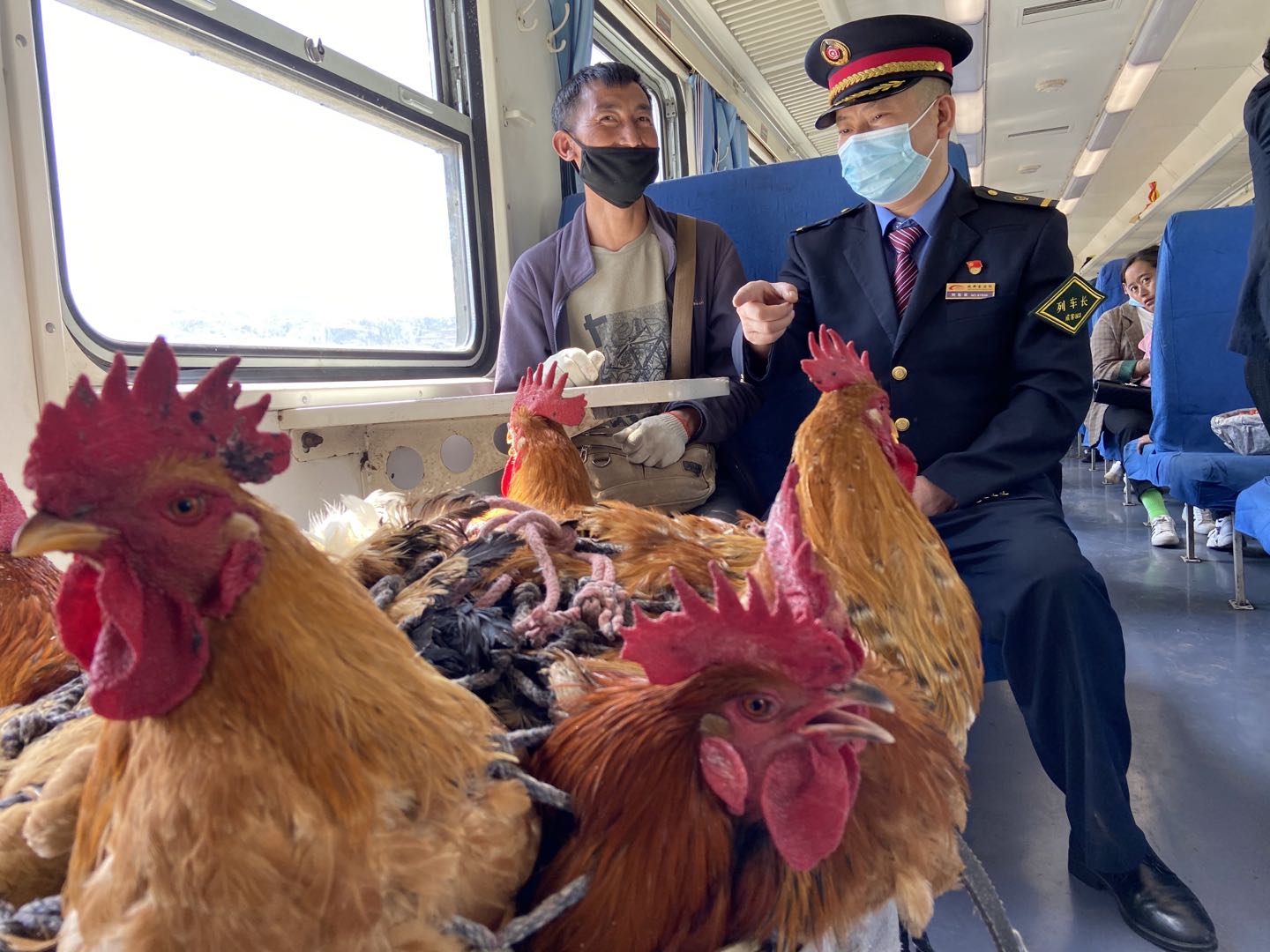 China's railway network has grown tremendously in recent years, with the longest high-speed lines in the world. But the operation of such "outdated" slow trains has inevitably played an irreplaceable role in the development of many remote areas.

Liu said all the train staff have nurtured a close bond with the passengers.

"Some of our passengers were even born on our train. They are grown-ups now, and I just feel that they are my old friends or even family members every time I meet them," he said.

Liu said he hopes the train will continue to operate, running with warmth and hope towards a better future.