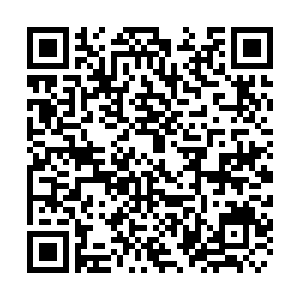 The U.S. is going to host a two-day virtual summit on tackling climate change crisis on Thursday with 40 world leaders including Chinese President Xi Jinping invited to attend.

The start of the summit coincides with the Earth Day, and is also recognized as a signal that marks Washington's return to the front lines of the global fight against climate change.

As the summit approaches, the U.S. is also going to announce "an ambitious 2030 emissions target" next week after weeks of pressure from environmental groups, scientists and business leaders, a White House statement said. Many expect that the administration of U.S. President Joe Biden would set the goal of halving the carbon emission by 2030.

The U.S., under the Biden administration, has long been pledged to play actively in climate change area. The country rejoined the Paris agreement on February 19, a month after Biden's inauguration.

Leading with action: China in the fight for carbon-neutral future

Starting on Sunday, the 2021 annual conference of Boao Forum for Asia (BFA) will last until Wednesday.

According to the official statement, this year's conference will focus on global governance and the Belt and Road Initiative, with the aim of reshaping world growth confidence in the post-pandemic era.

It will be the world's first large-scale on-site international conference in 2021 against the backdrop of the COVID-19 pandemic, and more than 2,000 participants are expected at the conference.

Last year's conference was canceled due to the raging COVID-19 pandemic.

Founded in 2001, the non-governmental and non-profit international organization is celebrating its 20th anniversary. Positioning itself as a bridge connecting Asia and the world, the organization is committed to promoting regional economic integration and facilitating Asian countries to reach their development goals.

Boao Forum chronicle: 20 years of bridging Asia and the world

Russian President Vladimir Putin will address the country's national parliament on Wednesday with his annual message in person, Putin's Press Secretary Dmitry Peskov was quoted as saying on Monday.

"The state-of-the-nation address will be delivered offline. Other details are being worked on," Peskov added.

According to TASS, with Putin's address to the Federal Assembly being scheduled for Wednesday, the government's report delivered to the State Duma would be postponed since it was originally scheduled on that day.

The annual address, as a guideline of Russia in political and legal aspects, is supposed to define main issues, such as the country's future development plan, its general situation and foreign policies.

Thursday: A virtual summit on the climate crisis hosted by the U.S. convenes (until Friday); Global Earth Day.