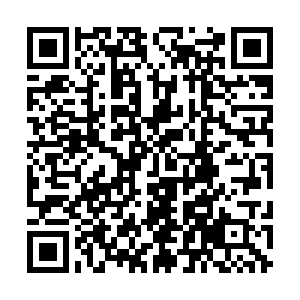 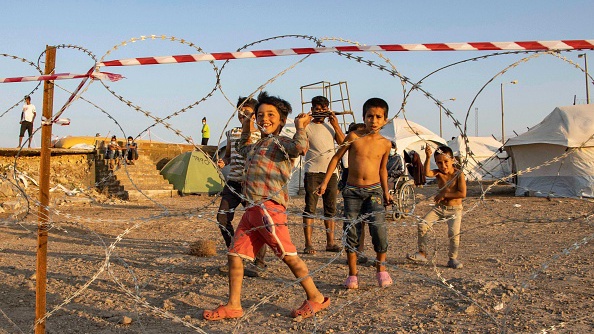 Over 18,000 child refugees have gone missing in Europe in the last three years, according to a media collective that looked at national data. And this is likely only a conservative estimate, it said.

Between 2018 and 2020, 18,292 unaccompanied minors who had arrived on the continent as refugees disappeared from state-run facilities and asylum centers, the collective Lost in Europe, which includes journalists from the Netherlands, Belgium, Italy, Germany, France, Greece and the UK, revealed on Sunday.

The children came mainly from countries like Morocco, Algeria, Eritrea, Guinea and Afghanistan and were placed under state care after arriving alone, without relatives.

Children's rights organisations and experts however noted that the number of missing child migrants was likely much higher than the tally indicated.

Indeed, countries like France, Denmark and Romania do not compile data on child refugees, while Bulgaria does not differentiate between unaccompanied minors and children who arrive with their families.

The UK, meanwhile, has no centralized statistics and countries like Spain, Finland, Cyprus and the Czech Republic provided no data after 2019. Many children also enter Europe illegally and are never formally registered.

The lack of precise data "can have fatal consequences for children and young people, as they can fall into situations of exploitation and addiction," Verena Keck, from the children's rights organisation ECPAT, told German broadcaster rbb. "If nobody knows about these children and youngsters, nobody will look for them." 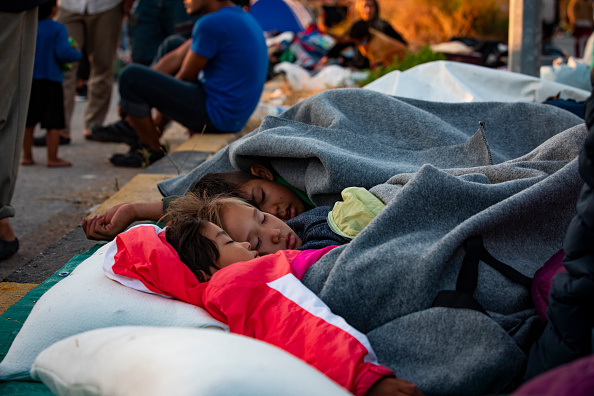 Children from Afghanistan sleep on the road after a fire destroyed the refugee camp of Moria on Lesbos Island, Greece, September 11, 2020. /Getty

Children from Afghanistan sleep on the road after a fire destroyed the refugee camp of Moria on Lesbos Island, Greece, September 11, 2020. /Getty

Rbb, one of the members of Lost in Europe along with Belgian publications De Standaard and Knack and Dutch radio VPRO, cited the case of a 15-year-old Vietnamese girl who disappeared shortly after being placed in a state-run center in Germany, and was later found living with strangers in Berlin, forced to work in a nail salon for a pittance and to act as a drug courier.

Migrant children also run the risk of sexual violence, Dutch human trafficking rapporteur Herman Bolhaar told VPRO. "Children are disappearing under our noses," he said. "We don't know where these children are or what happens to them."

Country breakdowns showed the situation was especially dire in Italy where 5,775 children went missing between 2018 and 2020. Belgium and Greece followed with 2,642 and 2,118 respectively. But hundreds also disappeared from Slovenia, Spain, the Netherlands, Switzerland, Sweden, Germany, Croatia and Austria.

In the Netherlands, one migrant child disappears almost every day, VPRO noted. Throughout the continent, 17 children have disappeared every day over the past three years.

Lost in Europe criticized loopholes in how data on child migrants is collected, with some registered as adults when they enter a country, and others registered more than once as they vanish from one place and reappear elsewhere.

The European Commission has already urged EU member states to improve data collection and do more to tackle the problem, a spokesperson for European Commissioner for Home Affairs Ylva Johansson said. Other groups have also called for a centralized European registration system.

Lost in Europe was launched in response to comments by the head of Europol in 2016 that 10,000 refugee children had gone missing since arriving in Europe and may have fallen into the hands of human traffickers.

The new findings show there has been little improvement since then, Bolhaar said.