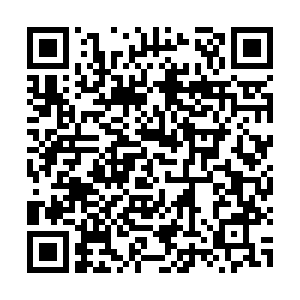 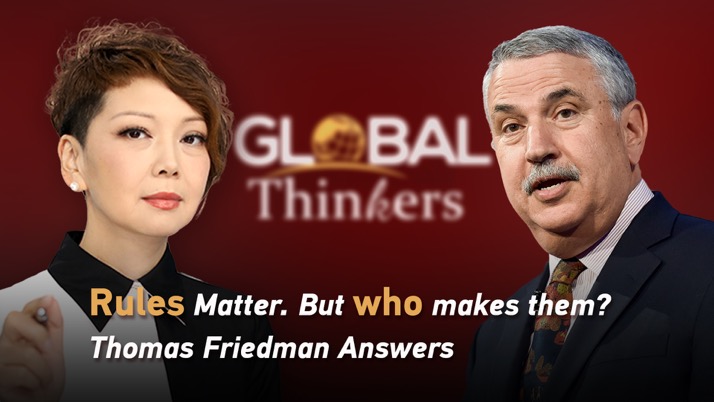 Editor's note: The world is changing. Thomas Friedman, author of 'The World is Flat', is as anxious as everyone else. The past few years have taken a toll on the China-U.S. relationship. Speaking of the rules of the world, Friedman said that good ideas don't just win, or bad ideas don't just win. If we look at the history of the world we understand that who wins depends on power because ideas need power to spread. Friedman shares his thoughts with CGTN anchor Tian Wei on who makes the rules of the world. Opinions expressed in this video are his, and not necessarily those of CGTN.

Tian Wei: Who designed the rules, who are adjusting the rules?

Thomas Friedman: If you look at the history of the world, ideas don't just win. Good ideas don't just win, or bad ideas don't just win. It depends on power. Ideas need power to spread. As China has become more powerful, it's gonna be able to spread its interpretation of the rules. That interpretation of the rules will benefit China, Just as our interpretation of the rules after WWII benefitted us. Okay? And what I think is going to happen, is that we're going to enter a kind of Two-rule world. For the most part after WWII, if we just use trade, for example, the rules of trade were pretty much set by the Bretton Woods agreements. And those agreements were really set largely by America. And it's what we thought was right. And what we thought was in our interest.

I see a world now developing where there's going be a kind of Chinese rule world in terms of technology. And an America rule world in terms at least technology, if not other things. And we're going have to find a way for these two worlds to co-exist, to overlap, to integrate. But there's no question Wei that America is not going submit to China's rules on things. China is powerful enough, not to submit to America's rules on things.

Tian Wei: So is it fair to scare Americans out of their complacency with China?

When I use China as a "threat", it is not that China is going come over here and take your city over. I'm trying to tell Americans that we have become, in many ways, fat, dumb and lazy. And that we are now living in a globalized world, where the difference between the energy and aspirations of a country like China, and energy and aspirations of America will really start to matter.

Thomas Friedman: So there's a lot that I admire about China's energy focus, what is done to build infrastructure and lift its people out of poverty. There are many things that I don't admire and have written about. And I tried to show that there's a mix of these two things.

Right now Wei, there's a reason we're talking before the show started. Why am I writing about America? I'm not worried about China. I'm not thinking about China. I'm thinking right now about my own country. And I'm not saying this for your audience to make them feel good, I'm saying this to make me feel bad. America isn't right right now. My country is not right. That's what's worrying me right now. Some of that non-right comes out in attacks on Asian Americans. But most of all, my country is not right. Our democracy isn't working the way it needs to. That's my concern. That's my biggest concern right now.