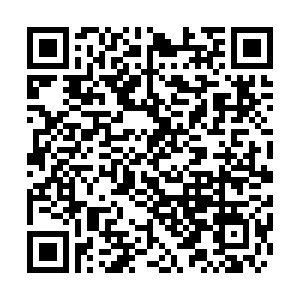 The Chinese Foreign Ministry on Wednesday urged Japan to "make a clean break with militarism" after Japanese Prime Minister Yoshihide Suga sent a ritual offering to the controversial Yasukuni Shrine, on the occasion of its spring festival.

"We once again seriously urge Japan to abide by the four-point principled consensus," said Wang.

He urged the Japanese side to obtain the trust of neighboring Asian countries and the international community through action.

Suga will not, however, visit the controversial shrine in person during the two-day festival through Thursday.

The Japanese leader took the same approach for the shrine's autumn festival last October when he also sent a ritual "masakaki" tree offering. His cabinet members also refrained from visiting the shrine during the last autumn festival.

Suga's ministers have said they will also refrain from visiting the war-linked shrine in the upcoming days, although health minister Norihisa Tamura and Shinji Inoue, the minister for the world exposition in Osaka, also sent ritual trees to the spring festival.

Yasukuni shrine, which honors 2.5 million Japanese war dead including 14 Class-A convicted war criminals in World War II. The Shinto shrine has long been a source of diplomatic friction between Japan and its neighbors.

Visits and ritual offerings made in person or by proxy to the infamous shrine by Japanese leaders, officials and lawmakers have consistently sparked strong criticism from China, South Korea and other countries brutalized by Japan during WWII.