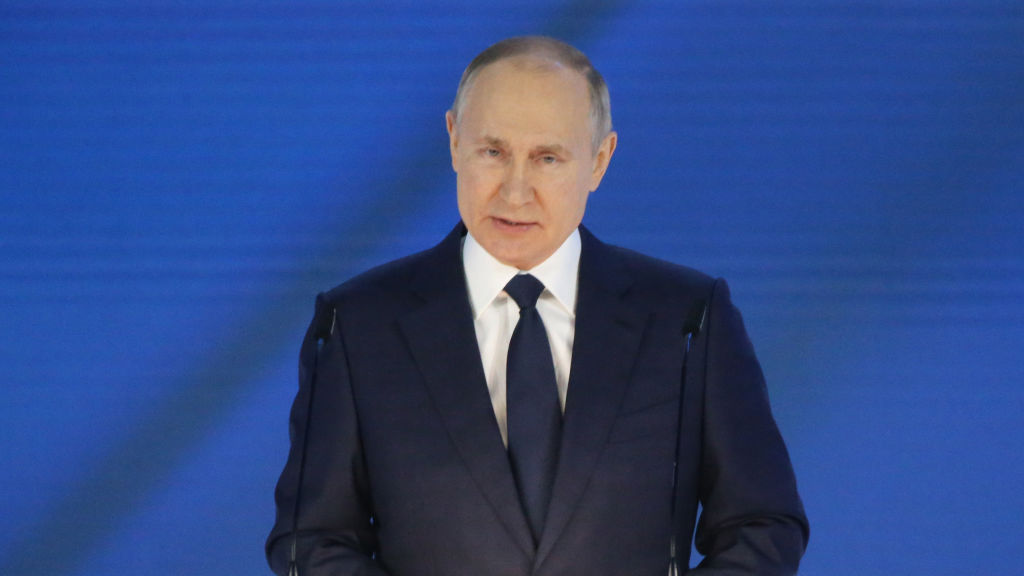 Russian President Vladimir Putin presented an ambitious post-COVID-19 economic recovery model during his address to the Federal Assembly on April 21. He devoted the vast majority of his nearly 1.5-hour-long speech to this issue, which he comprehensively approached from a multitude of relevant angles.

The Russian leader began by praising his people, and especially medical workers, for their success in combating the pandemic, which he attributed to their hard work and national unity. He also rattled off a list of impressive statistics such as his country's growing number of hospital beds, vaccines and medical equipment.

Putin reminded everyone that Russia is in the midst of a dire demographic crisis, one which is attributable to the genocidal events of World War II and the economic collapse of the 1990s. With this in mind, he urged his people to get vaccinated as soon as possible in order to not make the situation any worse.

On a positive note, he followed up on last year's socioeconomic promises and updated the nation on his government's successes over the past 15 months since his last federal address in January 2020. Keeping with the focus on people or human security, Putin then talked extensively about his national vision.

According to him, people's health is the most important thing. As such, measures will soon be implemented to encourage everyone to receive full check-ups, especially those who suffer from chronic conditions such as cardiovascular and respiratory ones, as well as cancer of course.

Priority must be given to children too, whose immune systems are just being built and will stick with them for the rest of their lives.

In connection with this scientific fact, Putin proposed cashback programs to compensate those children's families who send them to health resorts.

He's also concerned about their overall social welfare as well, which is why he reaffirmed his commitment from last year's address to continue providing payments to low-income families, including expectant and single mothers.

In addition, Putin announced payments to each family per child to help them purchase school supplies. On the topic of education, he said that 1,300 new schools will be built by 2024 and teacher bonuses will be forthcoming, as well as funds for refurbishing teaching colleges. The Russian leader also committed to investing more in his nation's culture and history so that children will appreciate them more.

Over the past year, Russia succeeded in making itself more independent in terms of epidemiological security, and Putin said that his goal is for the country to eventually be able to respond to any new pandemics – including through the production of relevant vaccines – within four days of a future outbreak.

That's not all, since he also elaborated on his ecological vision for Russia, including substantially reducing emissions, providing state support for associated industrial modernization programs, and holding polluters accountable. This, he believes, will stimulate the creation of high-paying jobs and contribute to restoring the labor market.

Moreover, he explained his infrastructure-driven development program, which importantly includes the creation of an interconnected economic and transport corridor between the Baltic Sea city of Saint Petersburg to the Ural Mountains one of Yekaterinburg via Moscow and Kazan. He also promised government support for upgrading all infrastructure nationwide. 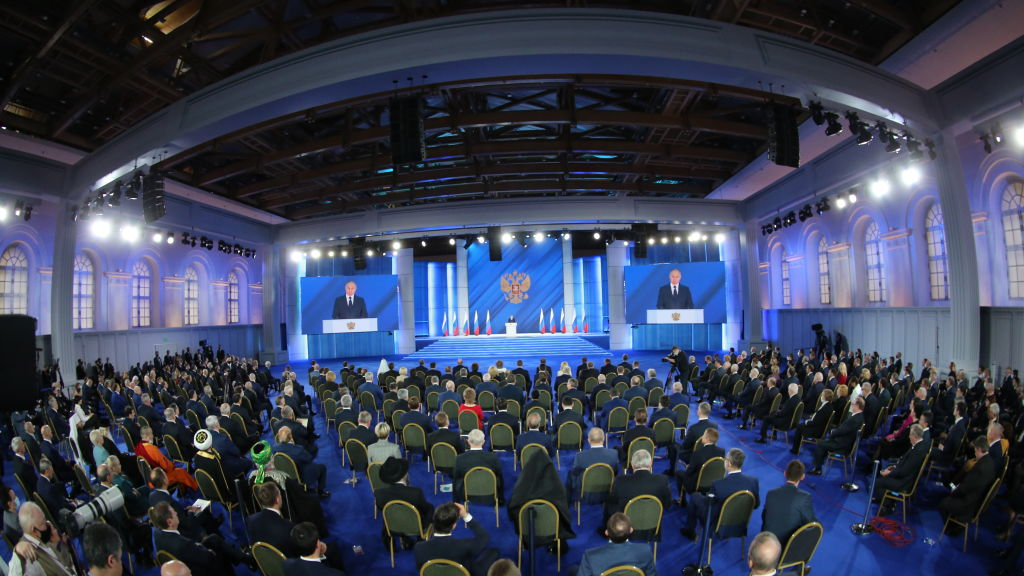 On the foreign policy front, which is what many non-Russian observers who tuned in to watch his speech were most interested in learning about, Putin reminded everyone about his country's premier interest in ensuring peace and safety for its citizens.

He promised quick, tough, asymmetrical responses to those who threaten them without provocation and condemned the recent trend in politically motivated unlawful economic sanctions. The Russian leader also jokingly remarked that some countries seem to be participating in a new "sport" whereby they compete to be the loudest ones to speak against Russia at any given time.

On a more serious note, Putin used the global attention given to his speech to raise awareness about how his and his Belarusian ally's security services thwarted an assassination and coup attempt in Minsk over the weekend. He revealed details about this plot and expressed hope that no one will ever dare to cross his country's own red lines, both in this respect and others which he said are Moscow's prerogative to draw in each case.

In wrapping up his speech, the Russian leader spoke about his country's commitment to the UN, expressed hope for progress in strategic arms security, and spoke enthusiastically about Eurasian integration.

Altogether, Putin's speech represented the unveiling of a new post-COVID-19 economic recovery model. It commits the state to comprehensively supporting its people's needs, with a specific focus on epidemiological, educational, economic and ecological ones.

It's both simple and sensible, and somewhat represents a pragmatic return to Russia's old socialist roots in the sense of showing how much the state can do to help its people.

One can only hope that other developed economies take note of this new Russian model and consider applying some of its ideas to their own national policies in order to help their people in the future.