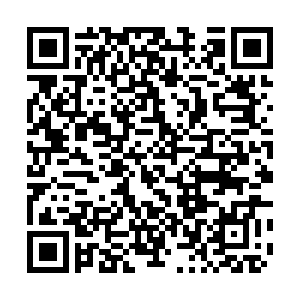 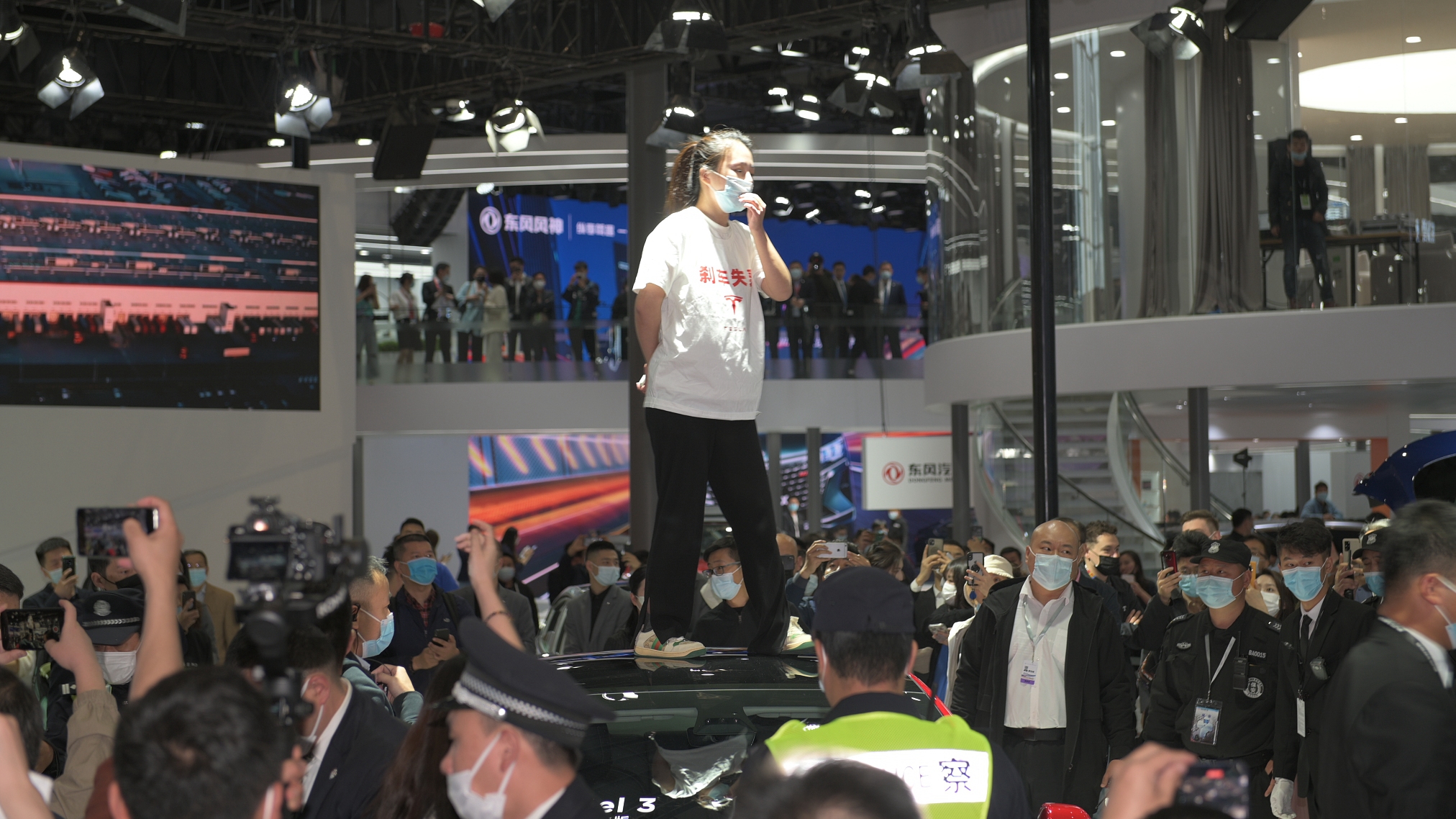 A female Tesla owner climbs atop the roof of a red Model 3 in Tesla's booth at the Shanghai Auto Show, repeatedly protesting the car maker's brake malfunction in Shanghai, China, April 19, 2021. /CFP

A female Tesla owner climbs atop the roof of a red Model 3 in Tesla's booth at the Shanghai Auto Show, repeatedly protesting the car maker's brake malfunction in Shanghai, China, April 19, 2021. /CFP

Late on Tuesday, Tesla issued a statement apologizing for not addressing a customer's complaints in a timely manner and said it would conduct a self-inspection of its service and operations in China.

A disgruntled customer on Monday invaded the Tesla booth at the Shanghai Auto Show by clambering atop a car in protest, creating a social media stir and prompting an apology from the company, Shanghai police said on Tuesday.

Local police said the woman and a female accomplice – identified only by their surnames, Zhang and Li – "caused chaos" at the trade fair on Monday when they arrived at the Tesla display "to express their dissatisfaction due to a consumer dispute."

Videos that went viral on Monday showed Zhang wearing a T-shirt emblazoned with the words "The brakes don't work" and shouting similar accusations while staff and security struggled to restore calm.

Tesla said on Monday that the woman was a vehicle owner who had been involved in a collision earlier this year. It cited "speeding violations" for the crash, adding in a social media statement that it had been negotiating with her about returning the car, but the talks had stalled over a third-party inspection.

Tesla took a tough stance at the outset and claimed "no compromise on unreasonable demands" late Monday. But the company soon made a U-turn on its peremptory decision as the move elicited fierce criticism from Chinese netizens.

Monday's incident led media outlets to call for an investigation of reported brake problems on Tesla cars, while China's anti-graft watchdog weighed in with a commentary, saying such disputes should be resolved within the rule of law.

"Individuals should not take extreme measures, and enterprises should not be arrogant and unreasonable," the Central Commission for Discipline Inspection of the Communist Party of China said late on Tuesday.

This is not the first time Tesla has been widely criticized for taking to the woods when dealing with quality control issues.

In February this year, Tesla publicly apologized to State Grid Corp. of China as the carmaker's staff said an overload in the national grid led to their vehicle failure.

Tesla sells roughly 30 percent of its cars in China, made at its Shanghai Gigafactory. But it has faced occasional criticism over issues such as complaints of battery fires.

The incident continued to attract social media attention on Tuesday, accounting for two of the top 10 trending topics on the Twitter-like Weibo platform.