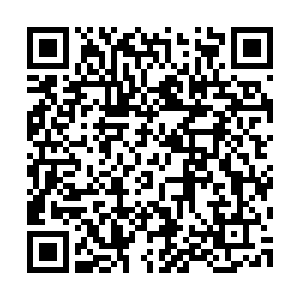 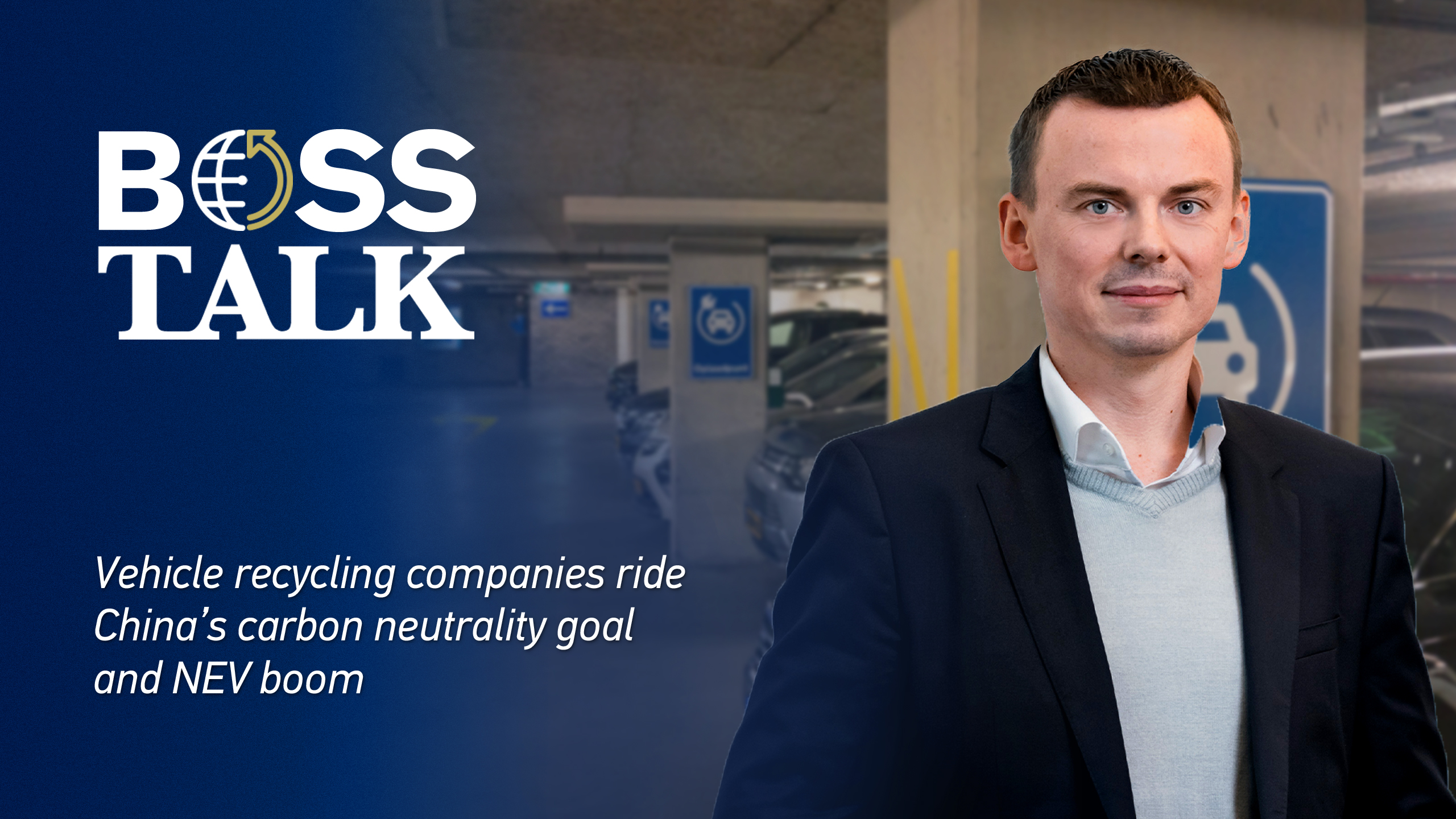 Editor's note: The 2021 Boao Forum for Asia was held from April 18 to 21 in Boao, Hainan Province. Over 150 elite entrepreneurs from various business circles around the world will join government officials and scholars to discuss Asian economic cooperation and other issues. CGTN's "Boss Talk" series brings you special reports of industry representatives' views on technology, healthcare, manufacturing and recycling business outlook in a post-COVID-19 era.

China has over 270 million cars on the road by the end of last year, ranking second just after the U.S. However, the country recycles less than 1 percent of the vehicle reserves, much lower than 5-7 percent in developed countries.

Hopefully, that's about to change. As China tries to reach carbon neutrality before 2060, recycling will play a more important role in the industrial chain to help the country to form a circular economy.

The automobile recycling industry is expected to help create a market worth 100 billion yuan, along with the booming new energy vehicle industry in China, which creates a new niche market of disposing of lithium batteries, have drawn in domestic and international players such as Germany-based metal recycling company Scholz Recycling GmbH.

China's goal of reaching carbon neutrality by 2060 shows the government's great commitment to the green transmission of the whole economy, and it presents tremendous opportunities for recycling companies, the company's CEO Rafael Suchan told CGTN's Zhang Xinyuan in an interview before he leaves for Boao Summit last week.

Suchan pointed out that China has a lot of catching up to do in terms of reuse or recovery rate of end-of-life vehicles, as the rate in China is around 70 to 80 percent, while in the EU, where Scholz comes from, the average rate is around 95 percent. Suchan hopes as more players come into the industry with the latest technologies, the effective recycling rate for vehicles in China will go up soon and help the country to reach its decarbonization goal.

The CEO also said the EU-China Comprehensive Agreement on Investment will open up a lot of opportunities for environment sustainable-related companies like Scholz, and he hopes the agreement will be ratified soon and undisturbed by political factors, for it's in the interest of both the EU and China.

Founded over 150 years ago, Scholz was acquired by China's Chiho Environmental Group in 2016.

CGTN: China launched the target of peaking carbon emissions by 2030 and achieving carbon neutrality by 2060, what opportunities will this bring to the recycling industry?

Suchan: The 2030 and 2060 strategy, shows the commitment of the Chinese government to the green transmission of the whole economy, and this also shows how important the circular economy has become, and this is where it opens the possibility for us as a recycling company. China nowadays has the biggest industrial landscape in the world, but it's very difficult to transform it with just one or two investments to help it become carbon neutral, so it means recycling has become a very important part.

Just give you two examples, by recycling one ton of steel, CO2 emissions can be reduced by 65 percent. And if we recycle aluminum, CO2 emissions can be reduced by more than 85 percent, and that's the reason why in our first joint venture in China in Shandong Weiqiao in Binzhou in Shandong Province, we aim to recycle 500,000 tonnes of aluminum which will decrease CO2 emissions for those products in Binzhou by 85 percent, and for this together with our partner, we invest over 1.5 billion yuan, which is also, then coming back to the comprehensive agreement on investment, it's part of the circular economy field.

CGTN: Recycling seems to play an important role within the latest EU regulations, the EU requires the reuse or recovery rate of end-of-life vehicles to be over 95 percent. What could be the lessons learned for China?

Suchan: The reason why the EU introduced them is because it doesn't have sufficient primary raw materials, so for this reason, the EU is pushing a circular economy, meaning the recycling of the materials that can be re-used.

In China, the recycling rate for end-of-life vehicles is approximately 70-80 percent. The recycling of end-of-life vehicles in China right now is mainly done manually, so what we bring in, is we bring shredding technology, and then we bring in sorting technology, which in an automatic way, helps to sort out the materials, and by this, we reach more than 97 percent, and if we look at the residue, we are also able to sort out more than 99 percent of all metals in the residue.

Suchan: The electric vehicles in China are booming right now, and we have developed technologies the recycling for vehicles and batteries, this will give us significant opportunities for growth over the next five to 10 years in China, especially because almost 50 percent of all-electric vehicles are in China.

And as the Chinese government report stated at the beginning of the year, it's the solid investment in the infrastructure, for the charging and swapping of batteries is necessary, but the report also pointed out that the loop has to be closed, meaning that raw materials that are used in the electric vehicles and the batteries also need to be recycled.

If we look at the traditional industry recycling rate for electric batteries is only around 30 percent. And when we use our newly developed technology, we reach far beyond 90 percent of our recycling rate, so our technology by combining different steps of mechanic recycling, we more than triple the recycling rate of electric vehicle batteries.

We have developed this technology in Germany, with one of the biggest OEMs, and we are now also bringing this technology to China, and we will introduce it in the new metal recycling park, which we are building in Shandong Province in Shangdong Weiqiao right now.

For metal recycling, the technology will come to China this year already, and for battery recycling technology, next year.

CGTN: What are the impacts of the China-Europe Comprehensive Agreement on Investment for the development of Scholz in China?

Suchan: So the investment agreement is actually of great advantage to us because one of the key focus areas of the investment agreement is the circular economy, and the goal of our company is actually to become a circular economy solution provider globally, focusing on Germany, where we have high quality and reliable technology and adapted to China's fast and flexible speed.

Of course, there is some slowdown today, but in the end, both regions would still need to continue. China and Europe are two of the biggest economies in the world, and it's very important to have an agreement on the investment, and the comprehensive agreement on the investment set new governance standard for investment, and also opens up a lot of new opportunities for European companies like Scholz in China, so it means it is both in the interest of the European Union to continue the ratification of this agreement and thus I am very confident that will progress on this.