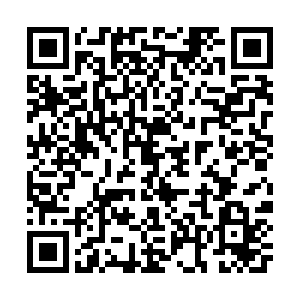 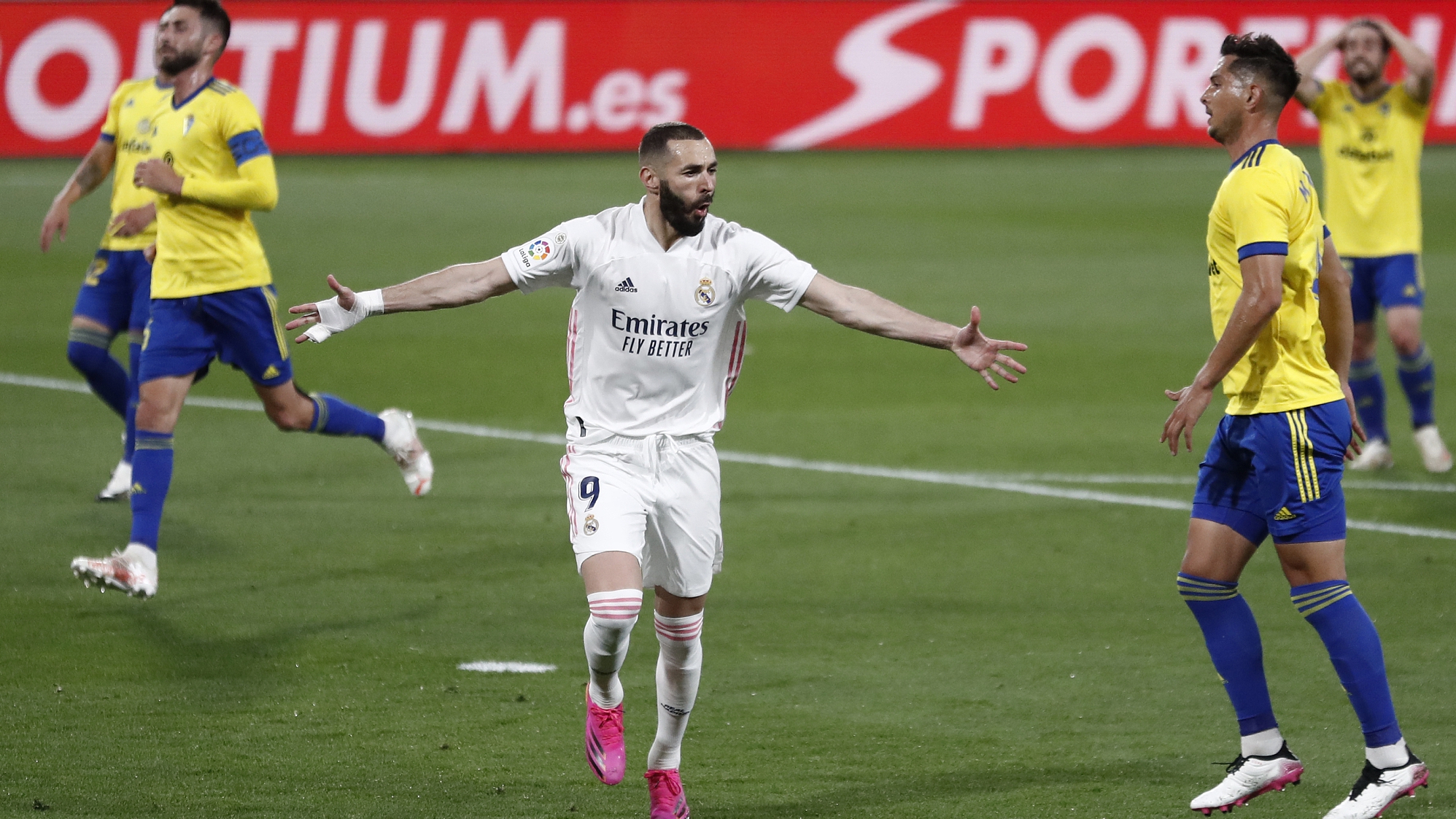 Real Madrid enjoyed temporary respite from their European Super League humiliation by thrashing Cadiz 3-0 on Wednesday to keep the pressure on Atletico Madrid at the top of La Liga.

Three goals in 10 minutes toward the end of the first half helped Madrid go top of the table on head-to-head, above Atletico Madrid, who play at home to Huesca on Thursday.

Karim Benzema scored twice and set up another for Alvaro Odriozola to head in at the Ramon de Carranza stadium, where any suggestion Madrid's players might be destabilized after a hugely controversial few days was dismissed.

Madrid president Florentino Perez was the only owner from the European Super League's 12 founding clubs to speak publicly about the competition following its remarkable launch on Sunday night.

And despite 10 of the 12 pulling out in the face of anger and opposition from all sides of the game, Real Madrid was still officially part of the breakaway tournament when the players kicked off on Wednesday night.

La Liga sought to capitalize on the momentum toward reform, with the slogan "Earn it! On the pitch" projected for television viewers across the stand where the virtual fans would usually be.

Cadiz players wore t-shirts in the warm-up that read "Super League? Football is for everyone."

Cadiz, who drop to 13th in the table, are a shining example of what sporting merit looks like, back in the top flight for the first time in 15 years and probably already safe, with nine points between them and the bottom three.

They even beat Real Madrid away from home in October.

But with the trophies in sight, Madrid are a different proposition now, this their 16th game unbeaten and returning the team to winning ways after Sunday's goalless draw away at Getafe.

Casemiro and Nacho Fernandez were both suspended for that game and Zinedine Zidane welcomed the duo back into a side that remains depleted by injuries, with the 20-year-old Antonio Blanco thrown into Madrid's midfield.

Benzema, though, led from the front, his pass into Vincius Junior creating the penalty after Iza dangled out a leg in front of the striker. Benzema buried the spot-kick into the bottom corner.

The second came three minutes later, Iza at fault again as he gave the ball away under pressure from Marcelo and Benzema crossed to the back post, where Odriozola nodded in.

In the 40th minute, it was three. Casemiro's pass for Vinicius was cleared but only straight back to the midfielder, who this time chipped the ball up for Benzema to add his second, Madrid's third. 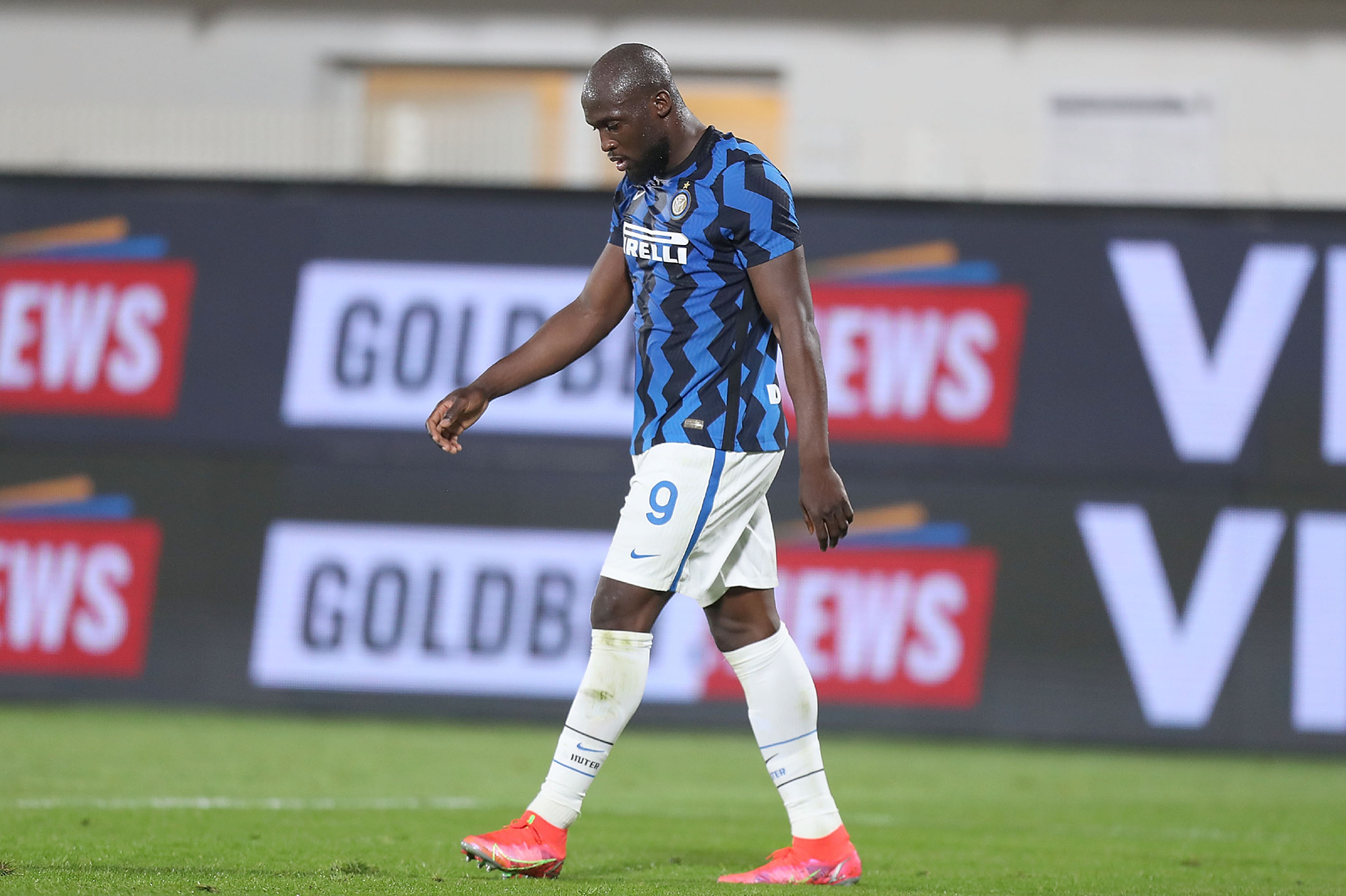 In Italy, Serie A leaders Inter Milan were held at Spezia but extended their advantage to 10 points, as nearest rivals AC Milan fell to a 2-1 home defeat by Sassuolo after a chaotic few days amid the European Super League storm.

It was a second consecutive 1-1 draw for Antonio Conte's Inter after the same result against Napoli last weekend, with Diego Farias surprising the visitors with a 12th-minute opening goal. Ivan Perisic pulled Inter level after 39 minutes from an Achraf Hakimi cross, finding the net on his 200th appearance for the club.

Champions Juventus moved third, just one point behind AC Milan, after beating Parma 3-1, hours after the top three were forced to backtrack on plans to join the new 12-team closed tournament.

In England, Tottenham made a winning start to life after Jose Mourinho as Son Heung-min's last-minute penalty sealed a vital 2-1 victory against Southampton.

Former Tottenham midfielder Ryan Mason has been placed in charge of Spurs on a caretaker basis. Aged just 29, Mason, who has been working in Tottenham's youth academy, is the youngest boss in Premier League history and the first younger than 30 to manage in the English top flight since QPR's Frank Sibley in 1977.

"I thought it was fantastic. I'm so proud of the boys," Mason said after the win.

Meanwhile, Pep Guardiola insisted Manchester City's role in the European Super League controversy is a "closed chapter" as he urged his players to focus on clinching the Premier League title after Wednesday's 2-1 win at Aston Villa.

Guardiola's side ignored the off-field drama to come from behind for a vital victory at Villa Park as the Premier League leaders moved 11 points clear of second placed Manchester United.