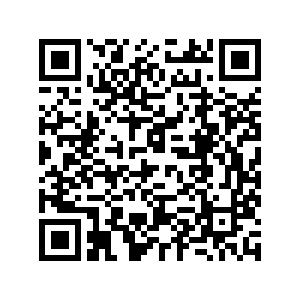 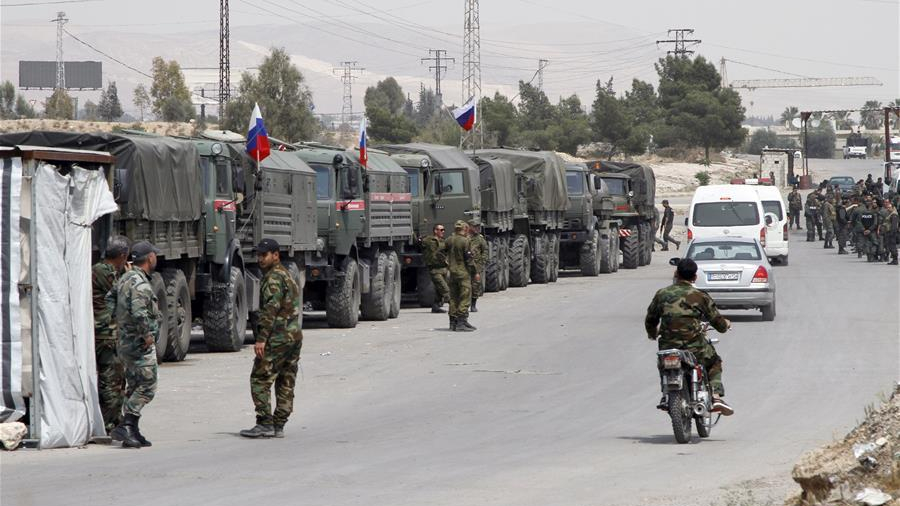 Russian military police forces are seen at the Wafideen area near the town of Douma, on the northeast of Damascus, Syria, April 12, 2018. /Xinhua

Russian military police forces are seen at the Wafideen area near the town of Douma, on the northeast of Damascus, Syria, April 12, 2018. /Xinhua

Editor's note: Yanis Iqbal is an independent researcher and freelance writer based in Aligarh, India. The article reflects the author's opinions and not necessarily the views of CGTN.

On April 19, 2021, Russia said it had conducted airstrikes in the northeast of the Syrian city of Palmyra. "Two hideouts were destroyed, up to 200 militants, 24 pickup trucks with large-caliber machine guns, as well as about 500 kilograms of ammunition and components for creating improvised explosive devices," the Defense Ministry said.

The target was a "camouflaged base" where "terrorist groups" organized attacks in Syria and manufactured explosives. They were specifically planning "attacks on government agencies in large cities in order to destabilize the situation in the country ahead of the presidential elections in Syria." The vote is set to be held on May 26, 2021.

Russia's consistent support of President Bashar al-Assad's regime is a visible sign that Washington's Syrian strategy has backfired. Instead of extending unipolar hegemony, America's interventionist tactics have strengthened ties between its adversaries. Syria had formed a solid alliance with Russia since the start of the imperialist war in 2011. 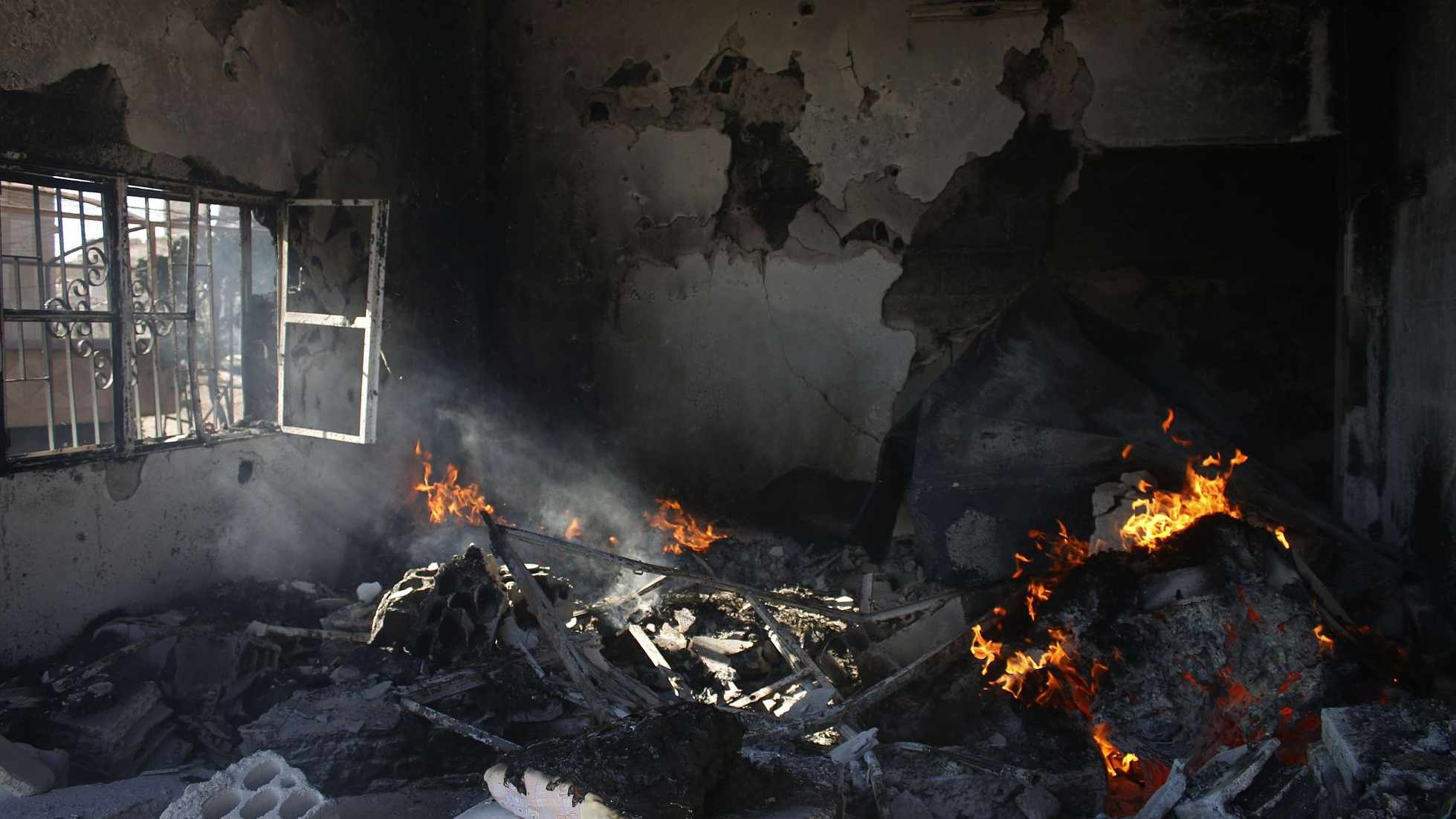 A house burns during an airstrike by Syrian regime forces in the town of Busra al-Harir in the southern Syrian province of Daraa, June 24, 2018. /VCG

A house burns during an airstrike by Syrian regime forces in the town of Busra al-Harir in the southern Syrian province of Daraa, June 24, 2018. /VCG

Russia is an old ally of the Syrian regime, and Moscow's commitment to Damascus and Assad himself has been very clear since the beginning of the war. Russia has repeatedly vetoed and blocked attempts within the United Nations Security Council (UNSC) to impose sanctions and other punitive measures on the Assad regime.

President Vladimir Putin in Moskovskiye Novosti explained the stance on February 27, 2012, saying, "We are against accepting Security Council resolutions that would be interpreted as a green light toward military intervention in internal Syrian affairs."

Russia used the conflict in Syria to re-assert itself as a global power. The North Atlantic Treaty Organization (NATO) and the European Union (EU) eastward expansion during a period of Russian political weakness after 1990 had created a nationalist determination, as Moscow's economic and military capacity recovered under Putin, to restore Russia's global stature.

Russia and China are against a global order under U.S. hegemony – a multipolar world in which respect for state sovereignty and the authority of the UNSC were keys to constraining Western interventionism. Following what they saw as the Western abuse of a UNSC humanitarian resolution for regime change in Libya, they began to assert the norm of sovereignty to constrain U.S. interventionism in Syria.

Russian officials believed they had been deliberately misguided in the case of Libya. Russia's defense sales company, Rosoboronexport, lost at least $4 billion worth of contracts. Meanwhile, energy company Gazprom was deprived of several billion dollars more in exploration and extraction deals signed with Qaddafi's regime before his 2011 overthrow. Russia also lost a political ally with the overthrow of Qaddafi, who had maintained relatively good political relations with Moscow.

Moscow considered the possible overthrow of the Syrian regime a major threat to its own regional interests, viewing such an outcome as weakening its influence in the region and bolstering the U.S. position and that of its allies, while expanding the influence of Islamic fundamentalist movements, which the Russian government observed as a potential challenge to its position not only in the Middle East but also in the caucus and Central Asia.

The Russian naval center in the Syrian city of Tartous was an important asset for the country's geopolitical interests, as it was the only military base outside the former Soviet Union with direct access to the Mediterranean Sea. This naval center boosted Russia's operational capacity in the region.

In January 2017, Russia and Syria signed agreements to extend Moscow's control of the Tartous port. The 49-year deal allowed Russia to dredge the Mediterranean port, install floating berths and carry out repair work. If neither side objects, the deal could be automatically extended for another 25 years. 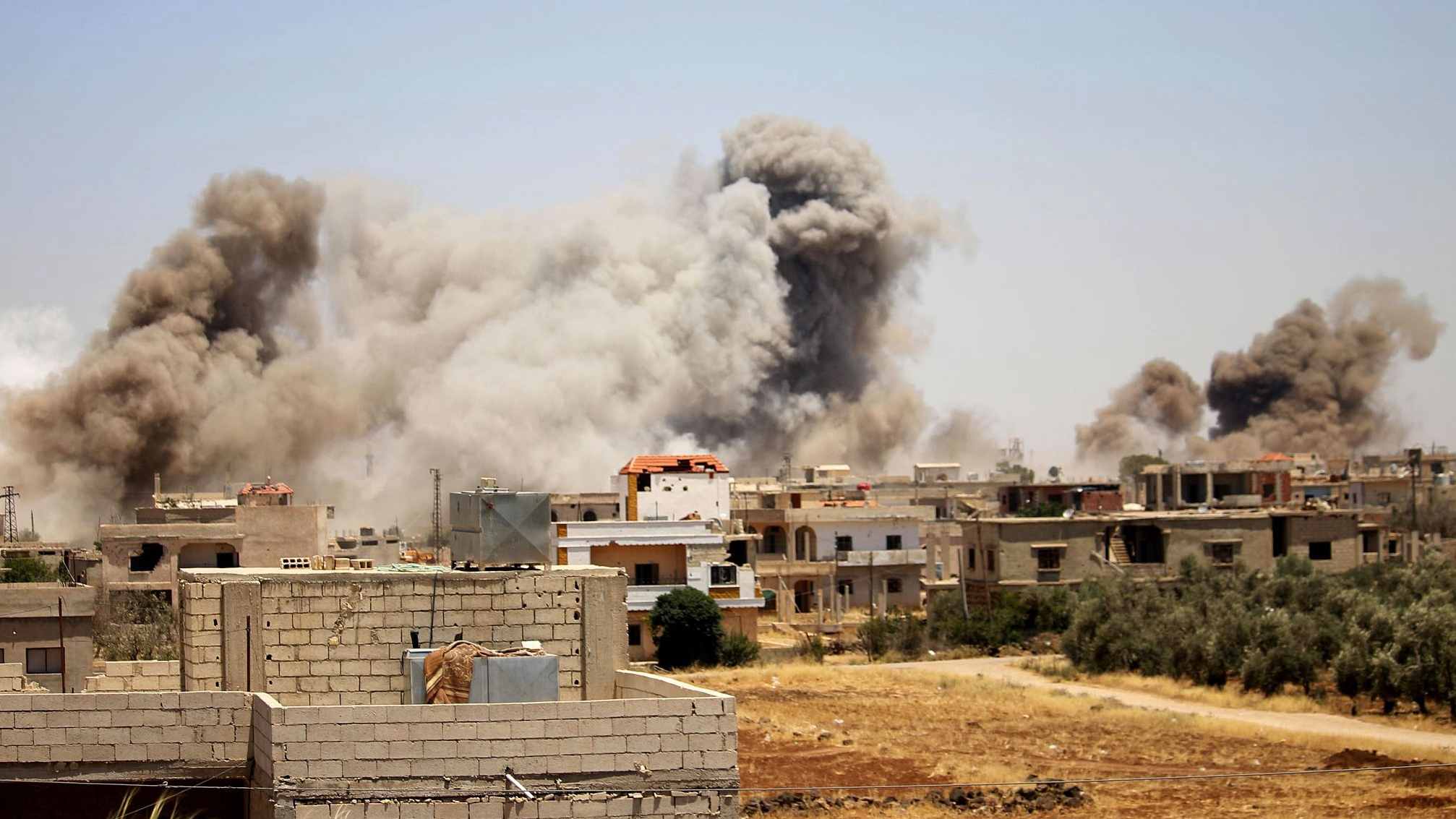 Russia's economic ties in Syria have increased significantly after 2015. The Russian company Adyg Yurak, based in the province of Adygea, has become a key actor in Russian-Syrian economic relations and established close relationships with the owner of Syria's Aman Group. In September 2018, Syrian state entities signed contracts worth $19.7 million to buy heavy machinery from Russia for use in Syria's construction industry.

Syria's oil and gas reserves have also attracted the interest of Russian companies. In December 2016, the Russian company Europolis signed a deal with the regime stipulating that the country would receive a quarter of all oil and gas reserves from Syrian territory recaptured by the regime. In exchange, Russia would provide armed forces that would contribute to the fight to evict Islamic State in Iraq and the Levant (ISIL) from those areas.

In June 2017, Assad awarded the Russian company Stroytransgaz a contract to extract 2.2 million tonnes of phosphate per year from its mines in central Syria for 50 years. Total exports of phosphate before the war in 2010 were estimated at more than $200 million. From 2009 to 2011, Syria supplied almost a fifth of the EU's phosphate imports, but those sales shrunk during the war. By the beginning of 2018, as Assad's administration was buttressing its governance framework, some EU countries once again started to purchase phosphate from Syria, though still far below prewar levels.

With the imposition of a Euro-American blockade against Syria, Russia – in partnership with Iran – has been helping the country in economic reconstruction, supplying basic commodities for the Syrian market. Russian shipping vessels have been transporting large quantities of wheat to Syria, and it is expected that Russian wheat supplies will help secure the country's needs for flour until mid-2022. The successive arrival of wheat supplies to Syria indicates the beginning of dismantling the deepening bread crisis that the Syrians have been experiencing for several months. It seems that Washington is failing on all fronts in its war against Syria.