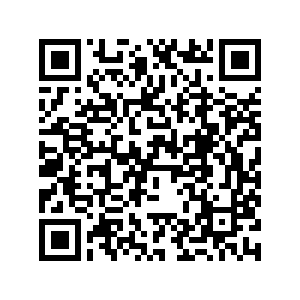 Editor's Note: Chinese President Xi Jinping delivered a speech via video link at the opening plenary of the Boao Forum for Asia (BFA) Annual Conference 2021 on Tuesday. He highlighted the dangers of “erecting walls” and “decoupling.” CGTN Anchor attended the BFA at the scene. He thinks supply chains are regrouping around the world, companies everywhere try to cut their exposure to rising geopolitical tensions, and governments are calling for the on-shoring of manufacturing. And our anchor believes such moves are costly.

Be careful what you ask for.

The world is running short on chips, from car assemblies in Ohio to game consoles in Kyoto. But the danger is far beyond that.

The semiconductor industry has lived up to the word “global” until now. It is facing its biggest reshaping in decades.

The U.S.' share of global semiconductor manufacturing fell from 37 percent in 1990 to 12 percent last year. China on the other hand has expanded its share from almost nothing to 15 percent and it's expected to rise to a quarter of the global number in the next decade. The mammoth market demand has been driving this tectonic change.

But the economic change has set off political alarms.

The recent chip shortage has led the U.S. and EU to cut their reliance on Asian producers.Intel is building chip foundries in the U.S. and Europe also plans to develop production capacity within its borders.

The tension is felt by those joining Boao Forum for Asia.

And the risk does not stop in semiconductor manufacturing. Earlier in March, I visited a glass tube factory in China. It is the one of the biggest supplier of vials, a key component in making COVID vaccines. But the danger of geopolitics is on the horizon, the company relies on imported materials and the reliance could be their Achilles' heel.

Supply chains are regrouping around the world, companies everywhere try to cut their exposure to rising geopolitical tensions, and governments is calling for the on-shoring of manufacturing.

The cost of decoupling

But where is the line? Nobody is sure and the uncertainty is biting industries, one by one.

However, such moves are costly. A hypothetical alternative with a fully self-sufficient local supply chain would require at least $1 trillion in investment and result in a 35% to 65% increase in chip prices, ultimately resulting in more expensive electronic devices for consumers.

And there is higher price tag. According to the IMF, some economies could lose up to 5 percent of their GDP to U.S.-China tech decoupling, to put it in context, that is 10 times the cost of Sino-U.S. trade war in 2019.

But the danger does not stop there because the nature of the game could change too.

The United States last year issued a rule requiring licenses for sales of semiconductors with U.S. equipment to Huawei. Now it's blocking the use of Chinese products in the infrastructure projects that Biden has proposed. The menacing scenario is that the deeply-entrenched distrust will pull the two major powers further apart, not just in rhetoric but actions.

It is like the rival bakery story I heard. There was a rich and confident pastry master named Sam, but he was starving because he had lost touch with customers and was too obsessed with his skills. In the end he had no shops, but a family to feed, and he had to eat cakes from across the street, from a a lesser baker named Shan with new skills, a lot of flour and a big customer base.

From Wall Street to Silicon Valley, the world is now fixated on the massive—and still growing—Chinese market. For decision makers in the U.S., their policies could spell a road to hell paved with so-called good intentions.

Be careful what you ask for, you might get it.