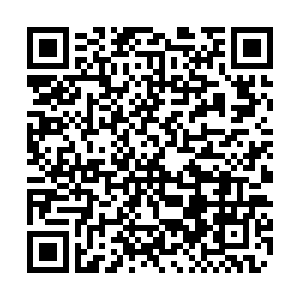 China's Mars probe Tianwen-1's rover has been named "Zhurong" before it lands and starts the exploration of the red planet.

The global campaign to name the rover started last July, one day after the launch of Tianwen-1. "Zhurong," which won out, represents a fire god in ancient Chinese mythology.

Tianwen-1 is currently orbiting the Mars to prepare for landing in May or June. We've produced an immersive journey, "Tianwen-1 to Mars," to allow readers to witness one of the most ambitious space exploration projects in human history. Join us to see how Tianwen-1 will complete orbiting, landing and roving in one mission.

After landing, "Zhurong" the rover will be activated and conduct scientific exploration for its expected lifespan of at least 90 Martian days, approximately three months on Earth.

The mission will study Mars' climate, geology, physical fields and internal structure. To support the study, "Zhurong" is equipped with multiple scientific payloads. 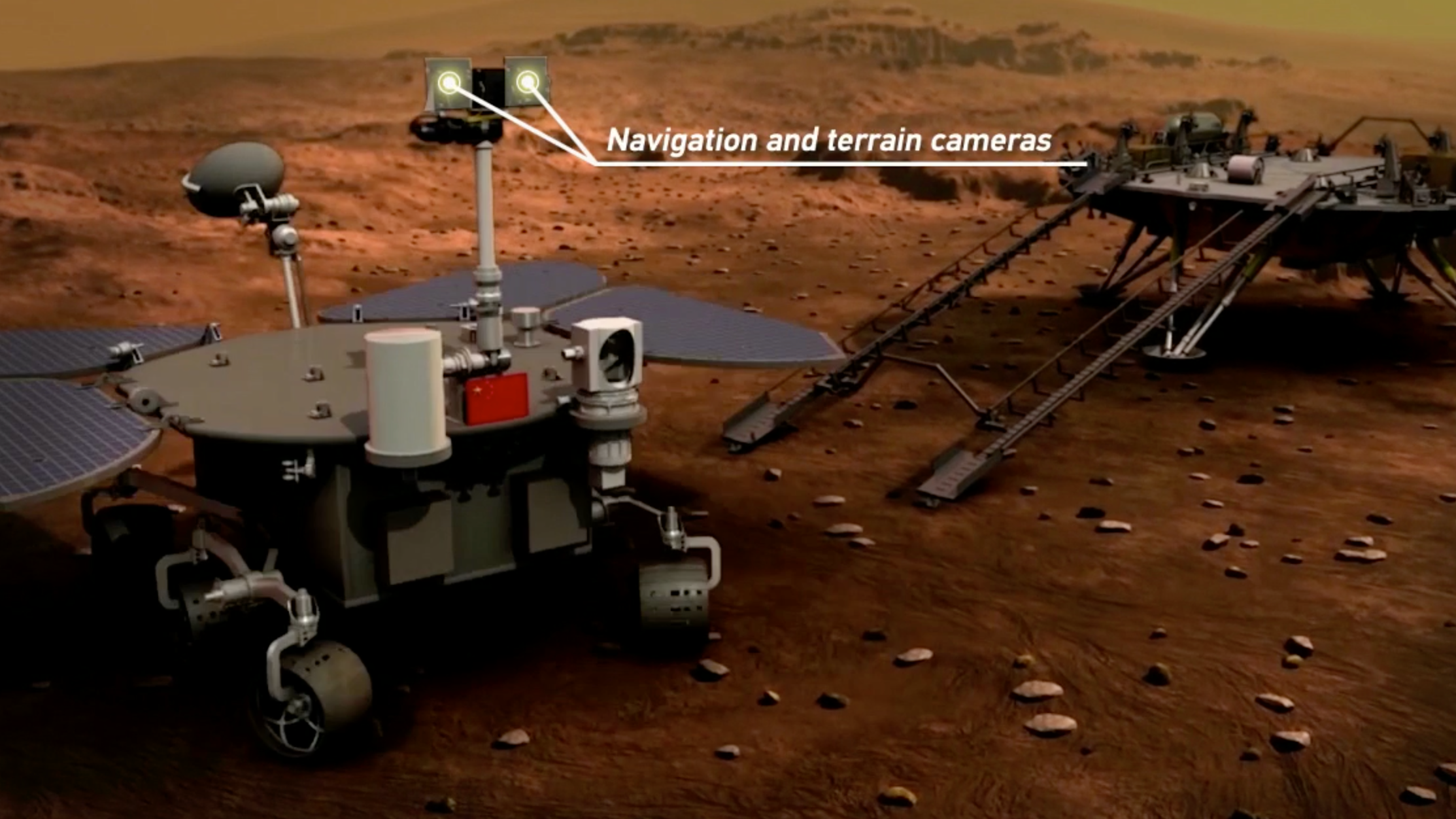 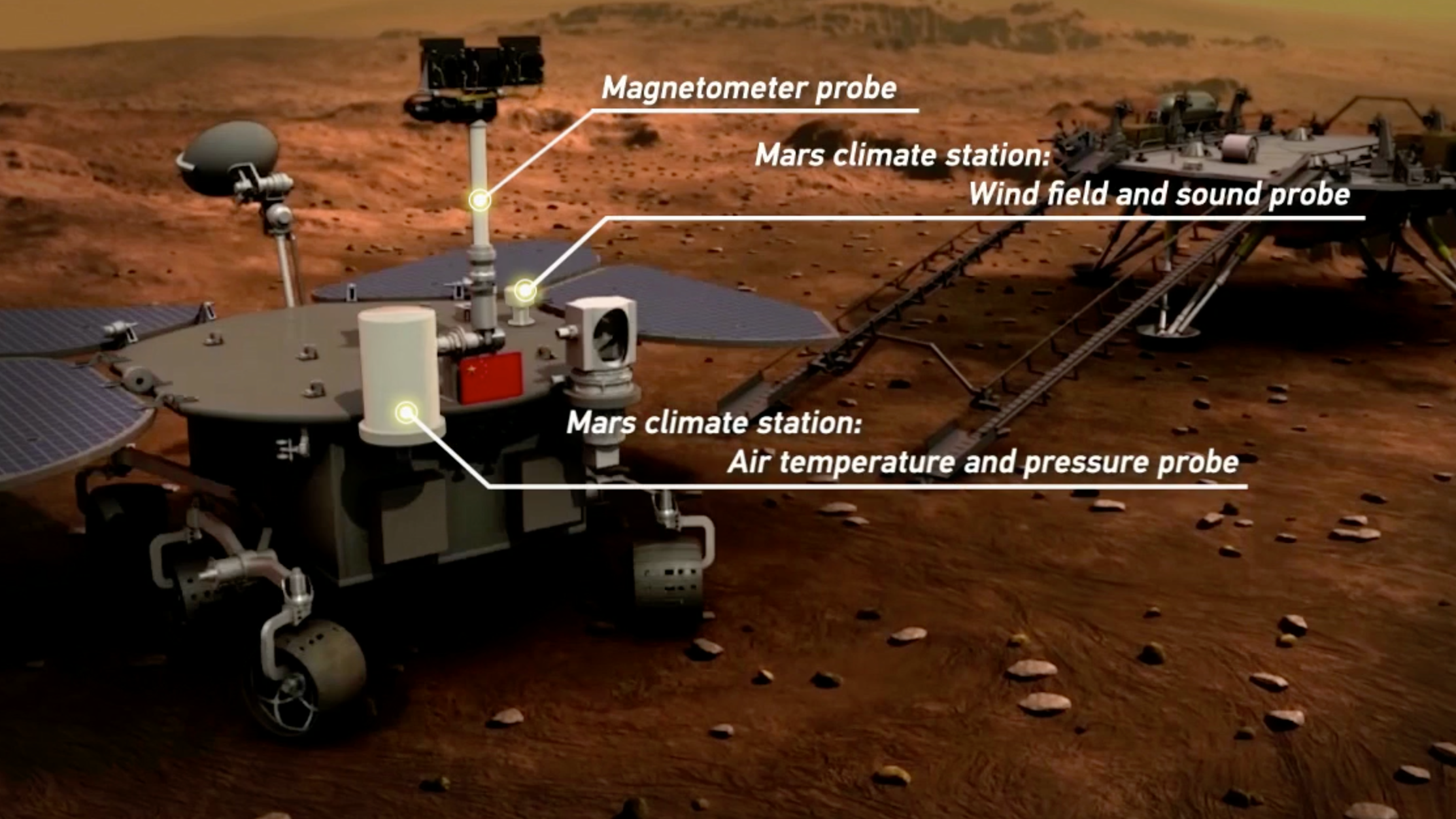 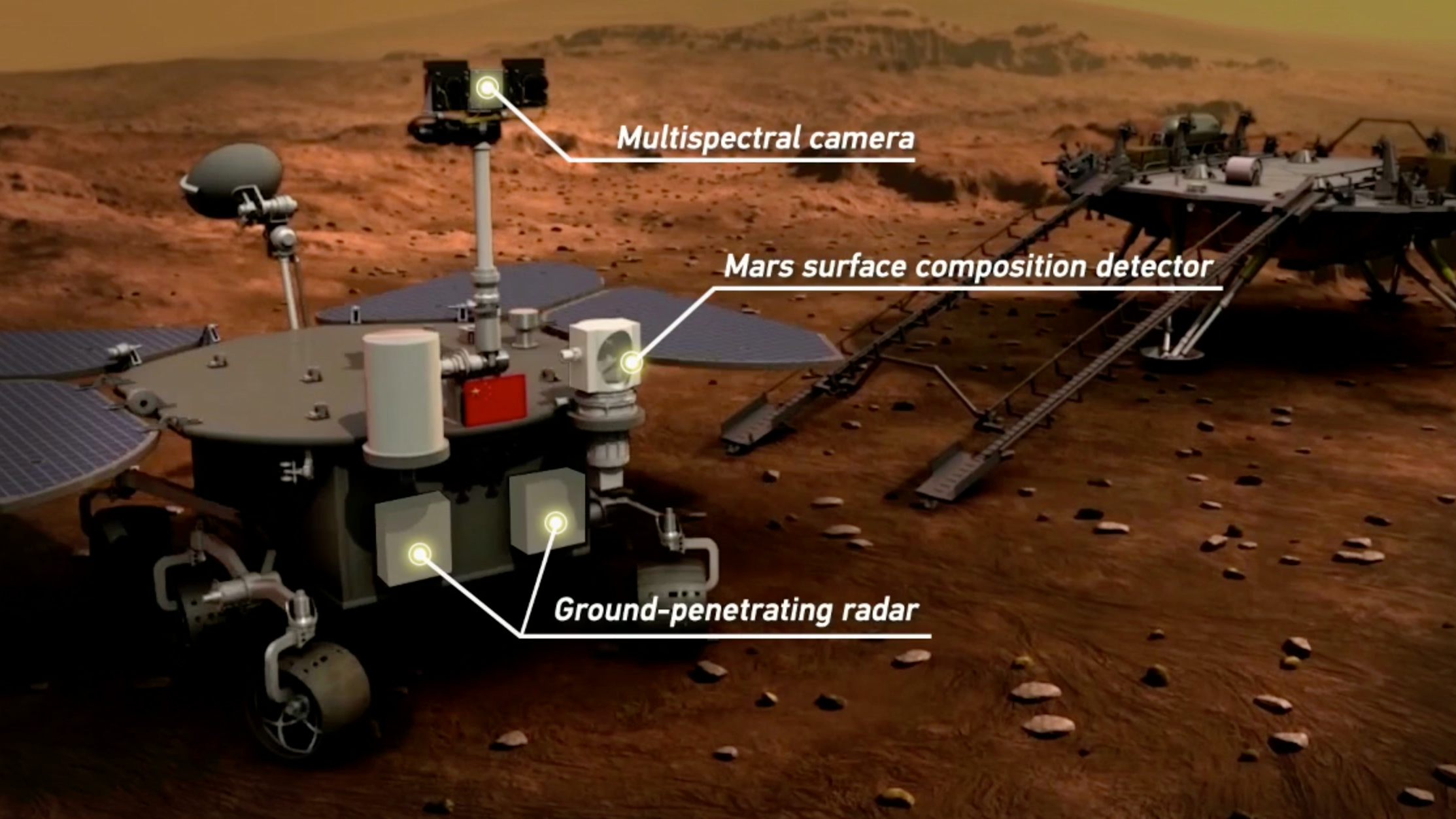 Navigation and terrain cameras are the "eyes" of the rover. Just like human eyes, the two cameras are symmetrically arranged, capturing visible light to help the rover navigate and study the topography of the roving area.

A magnetometer probe works together with another magnetometer aboard the orbiter to measure the magnetic field.

Unlike Earth's global magnetic field surrounding the entire planet, Mars only has patches of magnetic field left allowing solar wind to strip the atmosphere and dry out the planet.

"Zhurong" is also expected to discover the composition of the red planet.

The rover's multispectral camera surveys the Mars' elements, minerals and rock types. Its surface composition detector looks for hydrated minerals by vaporizing rocks and analyzing their composition. The ground-penetrating radar digs deeper into the surface, 10 to 100 meters down into the ground, to survey the soil structure and search for water ice.