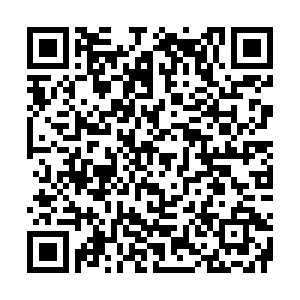 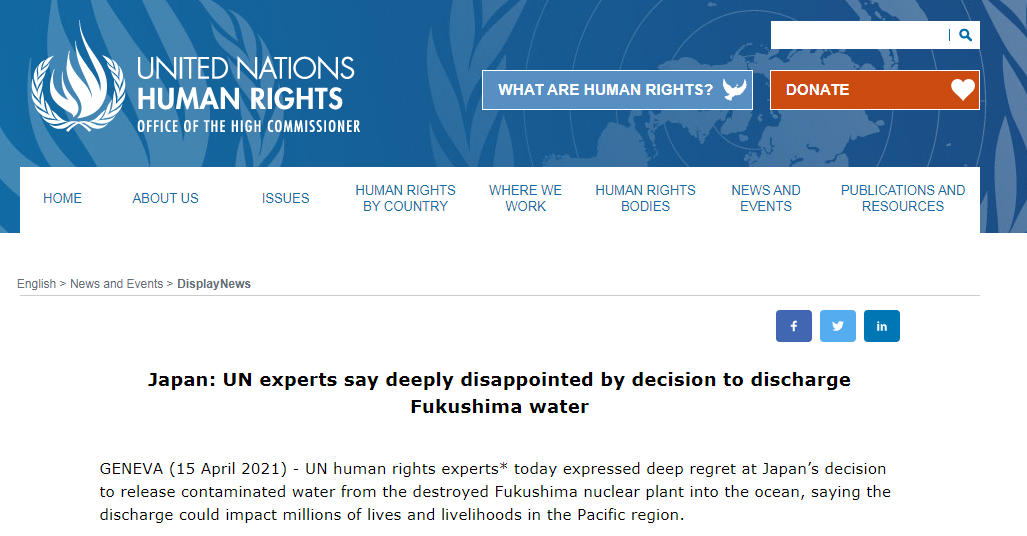 Japan plans to release 1.25 million tonnes of nuclear polluted water from its crippled Fukushima Daiichi nuclear complex into the Pacific Ocean. But without any guarantee that the water is safe for release, UN human rights experts claimed that the country's decision is premature and the risks too high.

"There is simply not enough information on the long-term consequences of exposure to humans and the environment for extended periods of time," warned Marcos Orellana, United Nations Special Rapporteur on toxics and human rights.

"The planet is facing a triple crisis of climate change, biodiversity and pollution. Humanity's already exceeding the boundaries of what is a safe space. It cannot tolerate additional pollution."

Orellana is among three independent UN human rights experts to issue a joint statement expressing regret over Japan's decision to dump contaminated water and calling on the country to change its decision.

"Japan argues that the waters will be treated and that radioactive contaminants will be removed below acceptable international standards, but the treatment process, the advanced liquid processing system – or the so-called ALPS – has limitations. So there really is no guarantee that it will succeed."

The experts are particularly concerned about the possible presence of carbon-14 and tritium in the wastewater used to cool nuclear reactors damaged in the earthquake of 2011.

"ALPS is not designed and does not remove carbon 14 or tritium, which remain in the waters. Furthermore, scientists warned that the risks of tritium have been underestimated and thus existing standards may not offer adequate levels of protection."

The human rights experts are urging Japan to conduct an Environmental Impact Assessment (EIA) to help its government consider other viable options.

"An EIA would look at alternatives in detail, including the option of storing the waters in tanks until tritium were no longer radioactive. Let's recall. The tritium has a rather short life of 10 and a half years. And so, in the passage of time, eventually it would cease to be radioactive."

China has been a vocal critic in this region over Japan's decision. State Councilor and Foreign Minister Wang Yi called Japan's decision "reckless" for not exhausting safe disposal measures and not fully disclosing relevant information.

The U.S., however, backs Japan's move, with the State Department saying Japan had closely coordinated with the International Atomic Energy Agency and was transparent about its decision.

The differing positions complicate an issue with potentially global ramifications.

"This is not only a regional or bilateral issue," explains Orellana. "It's a global issue because the high seas and the Pacific Ocean are a global common. The international community as a whole has an interest in the environmental protection of the marine environment in the high seas."

Japan plans to begin discharging the treated but still radioactive wastewater in two years in a process that could take 40 years to complete.