Download
'Biden leads again,' but where to?
Radhika Desai 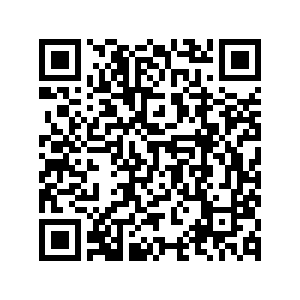 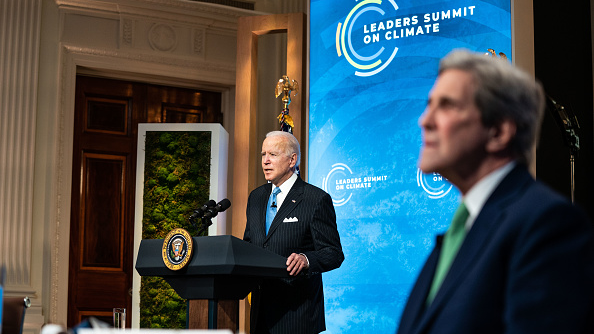 President Biden may have returned the U.S. to the Paris Agreement but this alleged renewal of multilateralism goes hand in hand with much harsher pursuit of Trump's "new Cold War" against China. Given the U.S. and China's centrality to the climate effort as the world's two largest economies and leaders in green technologies, such U.S. belligerence threatens the world's ability to keep climate change within manageable limits.

According to the Western media, Biden's summit signals the U.S.'s return to world leadership. But where exactly is he leading the existentially important climate process?

The Western media congratulates Biden for announcing ambitious new climate goals even though, coming from the world's greatest cumulative emitter, they remain quite modest. The same media deride China for sticking to the goals announced last fall, while failing to note the issue of climate justice or per capita emissions. The implication is that the U.S. will contribute more to mitigating climate change than China. But will it?

China's targets are based on a methodically constructed plan. Its policymakers, with their time-tested instruments of economic control, have a demonstrated capacity for fulfilling set goals, often well before deadline. International experts expect them to do so again. What of the U.S.?

On the climate problem as on any other, the Biden administration follows a time-honored U.S. tradition: addressing problems only so long as solutions are profit opportunities for powerful U.S. corporations. This became clearest not in the main sessions, where President Biden joined the chorus of world leaders in speaking of the gravity of the climate problem and the urgency of solving it. Two other sessions went, however, beyond such motherhood and apple pie statements and got down to the nitty-gritty: "Investing in Climate Solutions" and "Economic Opportunities of Climate Action." 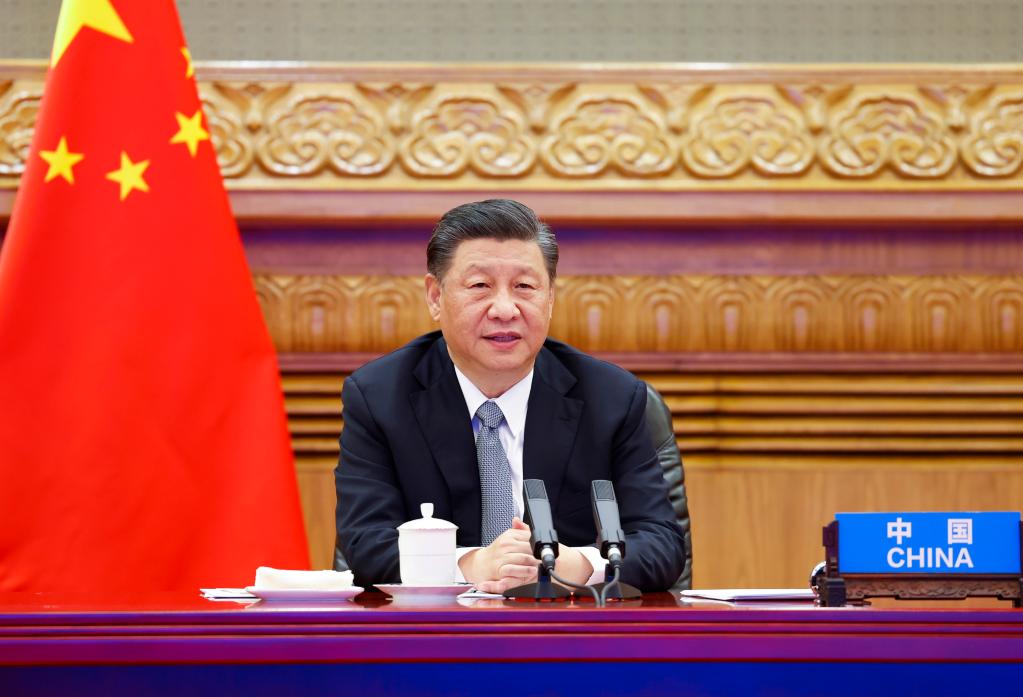 Chinese President Xi Jinping attends the Leaders Summit on Climate via video link and delivers an important speech titled "For Man and Nature: Building a Community of Life Together", in Beijing, capital of China, April 22, 2021. /Xinhua

Chinese President Xi Jinping attends the Leaders Summit on Climate via video link and delivers an important speech titled "For Man and Nature: Building a Community of Life Together", in Beijing, capital of China, April 22, 2021. /Xinhua

John Kerry's opening remarks at "Investing in Climate Solutions" pointedly noted governments' limited capacities and their need for private financing. Janet Yellen, former Federal Reserve Chair and now Secretary of the Treasury, echoed him. The challenge, as they saw it, was how to target and increase public sector finance to mobilize and support the greatest private sector finance including via multilateral green finance initiatives, the IMF and the World Bank. Technical assistance to the developing world was also to be tied to their seeking to attract private sector investment.

The Kerry and Yellen duet serenaded the U.S.-dollar-centered financial system offering the climate emergency as a vast new field for its lending. Jane Fraser, CEO of Citigroup, responded with a delighted call for the proliferation of "public-private partnerships."

What this signifies becomes clear only when we consider that the world has "enjoyed" the "public good" of the dollar as world money precisely through the dollar-denominated financial system's lending. Thanks to the Federal Reserve bailouts after each financial crisis, it has created support of the World Bank and the IMF against its debtors. For decades this system has made risk-free profits by preying upon hard-earned incomes of households, productive businesses and governments. It is the single greatest factor in raising inequality within and between countries to the stratospheric levels it has reached today.

In effectively rolling out a green carpet for this financial system's "green and sustainable investment," the Biden administration is offering it a bonanza for further predation, just like Obamacare did for its insurance arm. The timing is godsent when the U.S.-centered financial system faces challenges from China's productive, patient and long-term finance.

In the "Economic Opportunities of Climate Action" session, administration officials' vision of the climate crisis as a vast corporate opportunity was further elaborated. With the administration stressing that about half the emissions reduction required technologies not yet available at scale and the importance of subsidizing further research and development, what remained for the CEOs present to do but respond fulsomely to the invitation to feed at the trough of government subsidies without incurring any responsibilities in return?

President Biden's leadership only invites the world to increase the power and profits of U.S. financial and technological corporations at its expense. Any climate change mitigation can only be a by-product of this process. If the world follows it, any hope of preventing climate change can only recede from the horizon of possibility.

That the good citizens of the U.S. and the rest of the world will soon see through this and demand better and that an entirely different type of leadership is on offer from China are, however, two glimmers of hope.