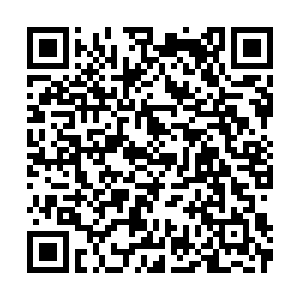 In the coming week, U.S. President Joe Biden will celebrate his 100th day in office and the United Nations will convene a conference to restart the Cyprus peace talks.

According to the White House, Biden will head to Atlanta, U.S. state of Georgia, on April 29 to mark his 100th day in office.

It will come a day after his address to a joint session of Congress and his first remarks to both chambers since taking office.

Georgia matters to the Democrats because in January, Jon Ossoff and Raphael Warnock, both Democrats, won runoff elections in Georgia, which secured Democrats' thin majority in the Senate, allowing Biden to pass his $1.9 trillion coronavirus aid package.

Apart from passing the stimulus package, Biden also achieved the goal of administering 200 million COVID-19 vaccine doses and brought the U.S. back to the landmark 2015 Paris Agreement within his first 100 days in office.

Actions are waiting to be taken on other campaign promises, including reuniting refugee families and raising the refugee admittance cap.

Can the Cyprus peace talk restart?

The United Nations (UN) will next week bring together the leaders of the two Cypriot communities and the foreign ministers of Greece, Turkey and the United Kingdom – the so-called guarantor powers – with the aim of restarting negotiations for a settlement of the long-standing Cyprus issue.

As the meeting draws closer, each side has sought to stress their red line. Greek Cypriots and their Greek allies want reunification of the island under a federal umbrella, while Turkish Cypriots and Turkey seek a two-state solution.

The Mediterranean island of Cyprus has been divided into two entities since 1974. Turkey occupied the northern part of Cyprus, moving almost all Turkish Cypriots there after Greek Cypriots were forced out in a coup organized by the military rulers of Greece at the time.

The latest negotiations on Cyprus, held in Switzerland, floundered in July 2017, after the two sides failed to agree on a Guterres blueprint for a Cyprus settlement.

Thursday: Biden hosts a rally in Atlanta to celebrate his first 100 days in office; the 10th wedding anniversary of Prince William and Catherine Middleton.

Friday: European Commissioner for Economy Paolo Gentiloni speaks at an online event on the macroeconomic environment one year after the COVID-19 pandemic hit Europe.