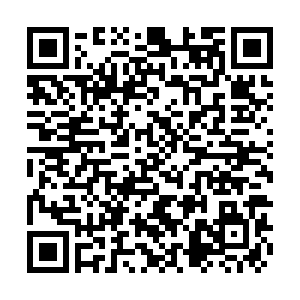 Sidelines is a column by CGTN Social Media Desk

I accidentally wandered into a bookstore the other day and decided to buy a book that would promise as little practical help with my daily life as possible. They call it reading for reading's sake – an act to celebrate the World Book Day.

The book I left with was "Classic of Mountains and Seas." The name is one thing that reassures its irrelevancy in an ordinary contemporary Beijing day, in addition to it being a compilation of mystic geography and creatures coming down from at least 2,000 years ago – "Fantastic Beats and Where to Find Them" might be a modern answer to it.

What I hadn't known about the book at the time of purchase is that the strange world it creates by juxtaposing fantasy on reality is reminiscent of not only Pokemon Go but also the entire ecosystem of the World Wide Web.

One of the most widely shared tales from the book tells of a time when there used to be 10 suns scorching the world until a legendary archer shot nine of them down and saved people from eternal drought. The vivid descriptions of mythical creatures (mostly animal hybrids, such as Yong, a four-eyed owl-shaped bird with a human face, considered to be an omen of drought) populating mysterious mountains and seas vaguely resembling the Middle Kingdom's geography give readers a taste of how ridiculously creative imagination can be.

A primary school graduate would probably laugh at the tales and the monster montages, but the book's matter-of-factly tone is very intriguing.

The author, whose identity remains uncertain, "recorded faithfully" the monsters' names, appearances as well as their habitats, as if finalizing a zoological research. Quite a few are even noted for their "medical values," such as curing cowardice and infertility. The book's succinct wording shows great emotional restraint where the imaginary creatures, such as a headless human who had his nipples morphed into eyes and bellybutton mouth (named Xingtian, or "Opposing Heaven"), could have easily shocked a mind primitive enough to believe in them.

As amused as I am by these fictional accounts, how they were intended to be appreciated eludes me. As parts of a serious encyclopedia of hardly reachable territories? Or just for a casual read?

Whoever penned the book must have gone through a great length collecting all the documents he could get hold of and chosen a fair amount of detail to lend some historical legitimacy to this bizarre account of the mountains, bodies of water and valleys where tribes, imaginary or not, grew into states and housed these mythical creatures. However, the very beasts seem to have undermined the legitimacy it sought for. Sima Qian of Western Han (202 BC–9 AD) who authored "Records of the Grand Historian," had raised suspicion 2,000 years earlier than I, making it clear in his records that he would "refrain from remarking on the monsters in the classic."

My hypothesis is that, of the imaginary stuff in the book, the author might be a genuine believer. Before human beings could connect all the meteorological dots about a drought, it was only natural for our ancestors to hazard a guess and end up with a hopeless theory of a man-faced owl being responsible for it. Very much in the same manner in which the ancient Greeks put Zeus in charge of whipping out lightning.

Underlying the myths is usually a primitive world view that is bound to sound incredible to readers of more informed generations. But the human efforts to make sense of nature, history and society began with it.

The Classic is one of the few oldest books that have survived almost intact textually from the pre-paper era. Books had just started revolutionizing how knowledge was stored and passed on then, albeit slowly in the shape of bamboo slips as proper paper was still hundreds of years away.

With the dawn of the internet, we have witnessed the medium's revolutionary power again. What hasn't changed since the day of bamboo slips is the necessity for readers to stay weary because knowledge, be it in the form of character, letter or binary system, is accumulated by humans and therefore subject to error.

As the internet has reduced knowledge into information, we can store, distribute, access and revise a vast quantity of raw materials instantly. Because of the quantity, the task of verifying information today is no less difficult than ascertaining the truth behind the monsters in the book. Fake news, biased observations of a public affair and internet trolling are the "monsters" today in the "Classic of Websites and Chat Groups." Is there really a big difference between trusting that injecting bleach can kill a virus and believing that eating a snake-faced fish with six feet (Ranyi Fish, thus named in the book) can calm nightmares?

We mark the World Book Day because the power written languages unleashed, harnessed by the pioneering writers of the classics and all the other great books, lays the foundation of human civilizations. The only way we can honor their spirit is to be critical on their works and more so on the things we read every day on social media so that future generations will inherit from us things more beautiful than monstrous.