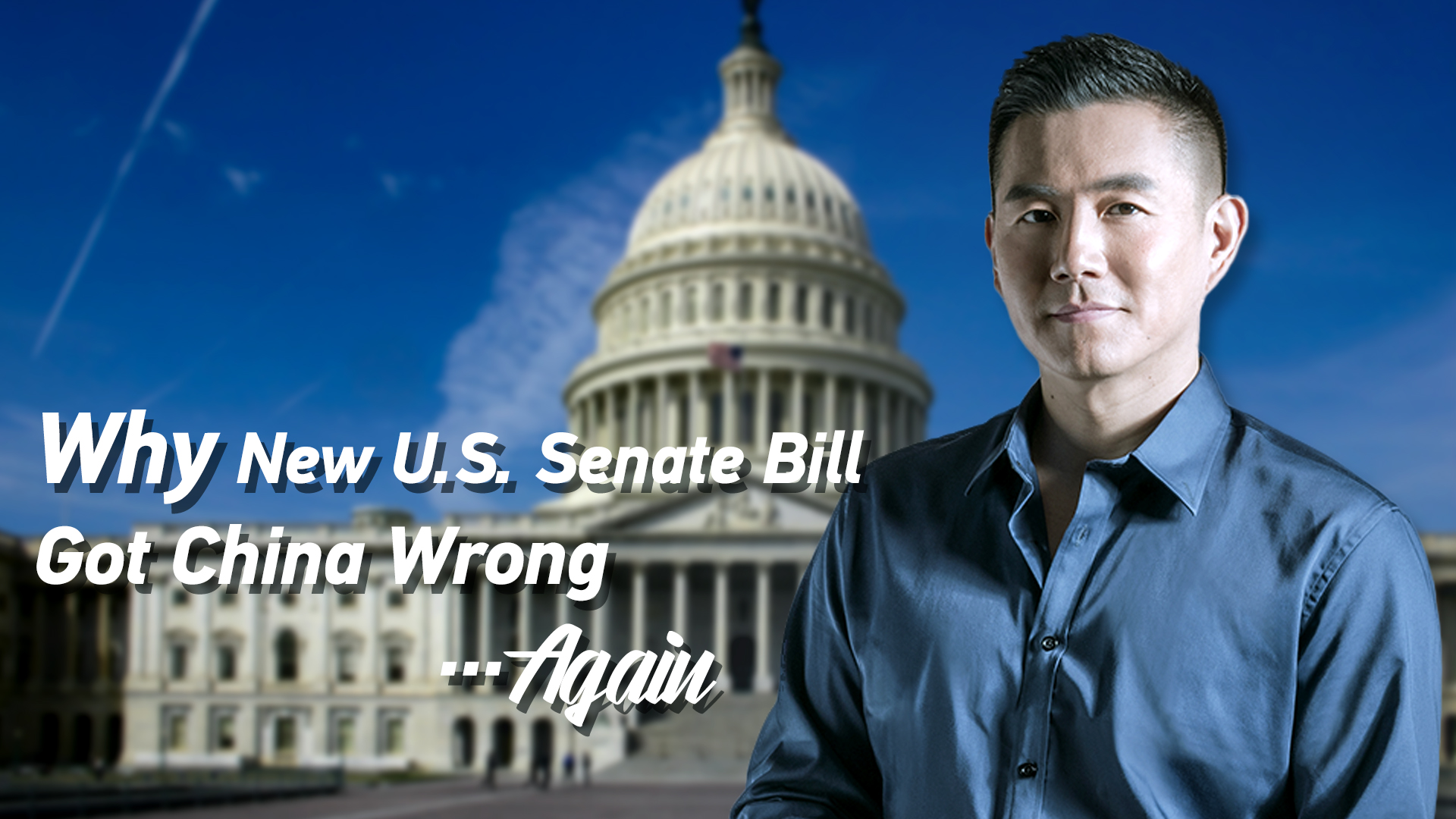 Editor's note: CGTN anchor Wang Guan explains why the Strategic Competition Act of 2021, which recently passed the US Senate Foreign Relations Committee, could become the new organizing principle for the U.S. to deal with China.

Guys, welcome to Reality Check. I am Wang Guan.

China and the United States are finally finally working together on climate. And that’s comforting news for those of us who’ve been following this relationship.

I mean, I don’t want to sound mean but when was the last time Washington stopped vilifying Beijing and worked with it on anything?

Many believe after "the four lost years" of Trump, it’s high time Biden worked with China to tackle climate change, which is a real threat.

The past seven years are the warmest seven for our planet, with 2016 and 2020 being the hottest two. Greenland and Antarctica lost over 400 billion tons of ice per year since 1993. As a result, global sea level rose about 20 centimeters in the last century. And there’s an increase in both frequency and intensity of extreme weather events such as storms and droughts.

So it is good to see the U.S. rejoining the Paris Climate agreement and pledging to cut carbon emissions by 50% by 2030. And it’s also good to see China reaffirming its target of reaching emissions’ peak by 2030 and carbon neutrality by 2060.

This could be one of the most important legislations on China going forward, which locks Biden into a confrontational relationship with China throughout his time in office, whether he likes it or not.

The 280-page bill is filled with Washington’s political jargons but what it really proposes are the following: Number one, expanding strategic containment of China. The bill gives one billion dollars to the militaries of U.S. allies and partners in an effort to counter China through "reaffirming America’s commitment to its allies and partners in Indo-Pacific".

Number two, doubling down on interfering in China’s domestic affairs. The bill pushes for more spending in "universal values" and "human rights measures", including $10 million for the State Department to promote "democracy" in Hong Kong. It will also boost Taiwan’s defense, support "genuine autonomy" for Tibet and put more sanctions in Xinjiang regarding "forced sterilization" and "forced labor".

And number four, continuing the ideological battle. The bill requires countering the Communist Party of China’s influence and "malign operations" in America especially in US universities, with more robust review on gifts and contracts coming from China.

A former U.S. Congressman familiar with the situation told me the bill is "guaranteed to pass" the Senate and the House, and signed into law by the president.

A few quick thoughts here. Many reasons cited as necessary to confront China are based on imagination, not reality. Remember how the "perceived threat" heightened the clash between the U.S. and the former Soviet Union and then became a self-fulling prophecy for the cold war? The world doesn’t need this right now. We don’t need another red scare, another Cuban Missile Crisis or another arms race.

In addition, this bill is a projection of a mentality widely held by Washington elites which says there can be no "near-peer competitor" for America. Robert Daly at Wilson Center summed it all up. Listen.

We should still try to limit their growth, merely because we shouldn't have a peer competitor. That is the proposition regardless of beliefs, regardless of people striving for human flourishing along the lines that we have been prescribing to the world for decades. If they actually appear to be succeeding, regardless of their beliefs, we must stop them. Even if it means pushing them back toward poverty.

This is interesting because if you think about it, a large chunk of the American society love to talk about social Darwinism... the survival of the fittest...the more hard-working and capable coming up on top. Why can’t they adopt a similar attitude towards China?

Finally, the Strategic Competition Act sacrifices the interests of many for those of the few. It’s convenient for politicians to find an enemy, rally the mass and manufacture consent around it. But in this day and age, so many issues require U.S. and China working with each together not against each other, from COVID and vaccines, to economic recovery to climate and protecting our planet earth.