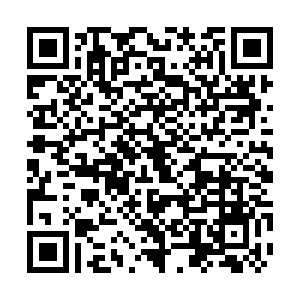 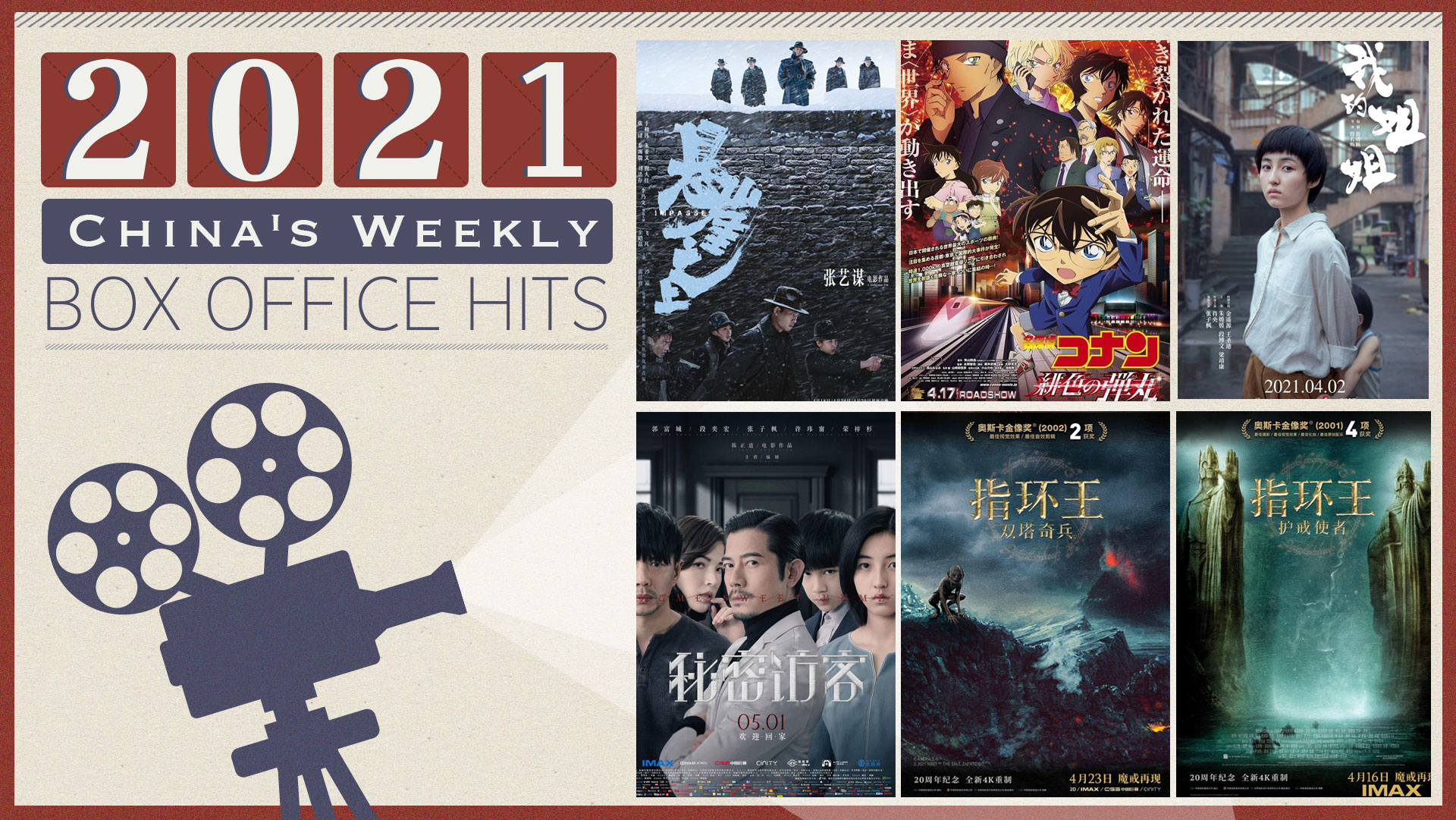 Detective Conan, one of most beloved Japanese fictional characters, makes stunning return on China's silver screen, as the animated film "Detective Conan: The Scarlet Bullet" crowned at the Chinese box office, raking in more than 58.4 million yuan ($9 million) in the past week (April 19-25), according to online movie-ticketing platform Maoyan.

The 24th installment in the beloved crime-solving Japanese anime series "Detective Conan" continues its mystery narrative surrounding a series of kidnapping incidents happening ahead of the opening ceremony of the World Sports Games in Tokyo and the launch of a cutting-edge bullet train, and had taken in a cumulative total of $26.5 million in revenue as of Tuesday.

The animation, based on the hit manga series of the same name by renowned Japanese animator Gosho Aoyama, was delayed from its original April 2020 release due to the coronavirus pandemic. 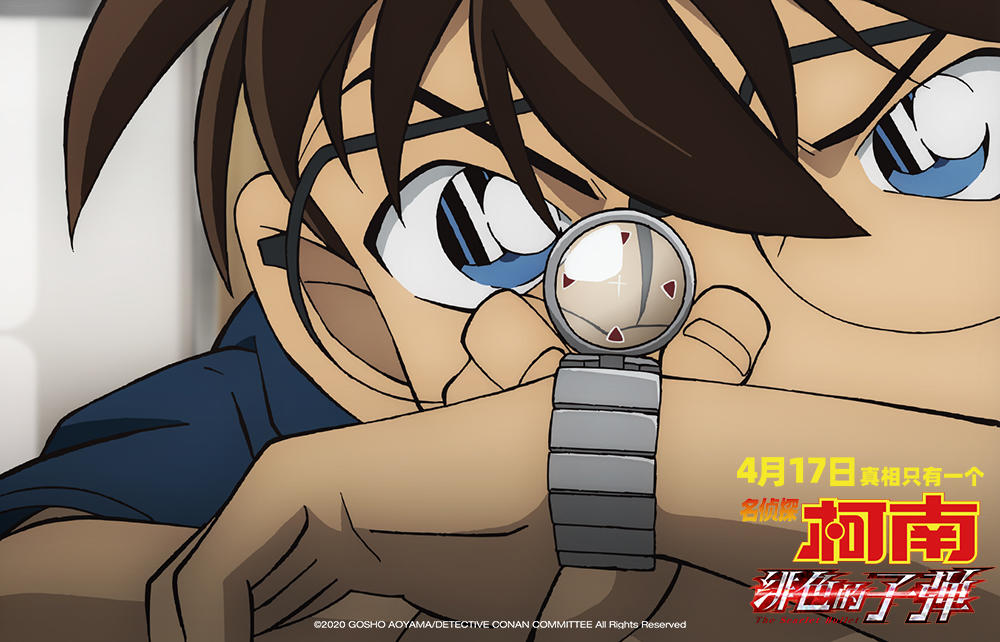 A still from the animated film "Detective Conan: The Scarlet Bullet." /Mtime.com

A still from the animated film "Detective Conan: The Scarlet Bullet." /Mtime.com

Coming in second at the box office with about 55.5 million yuan ($8.6 million) in ticket sales was domestic feature film "Sister," a heartrending story of a girl who faces the dilemma of choosing between pursuing her own dream and raising her younger brother after they lost their parents.

The film, stirring hot debates online, had dominated the domestic box office for two weeks since its debut on April 2, and was surpassed last week by the popular "Detective Conan" series' new release. 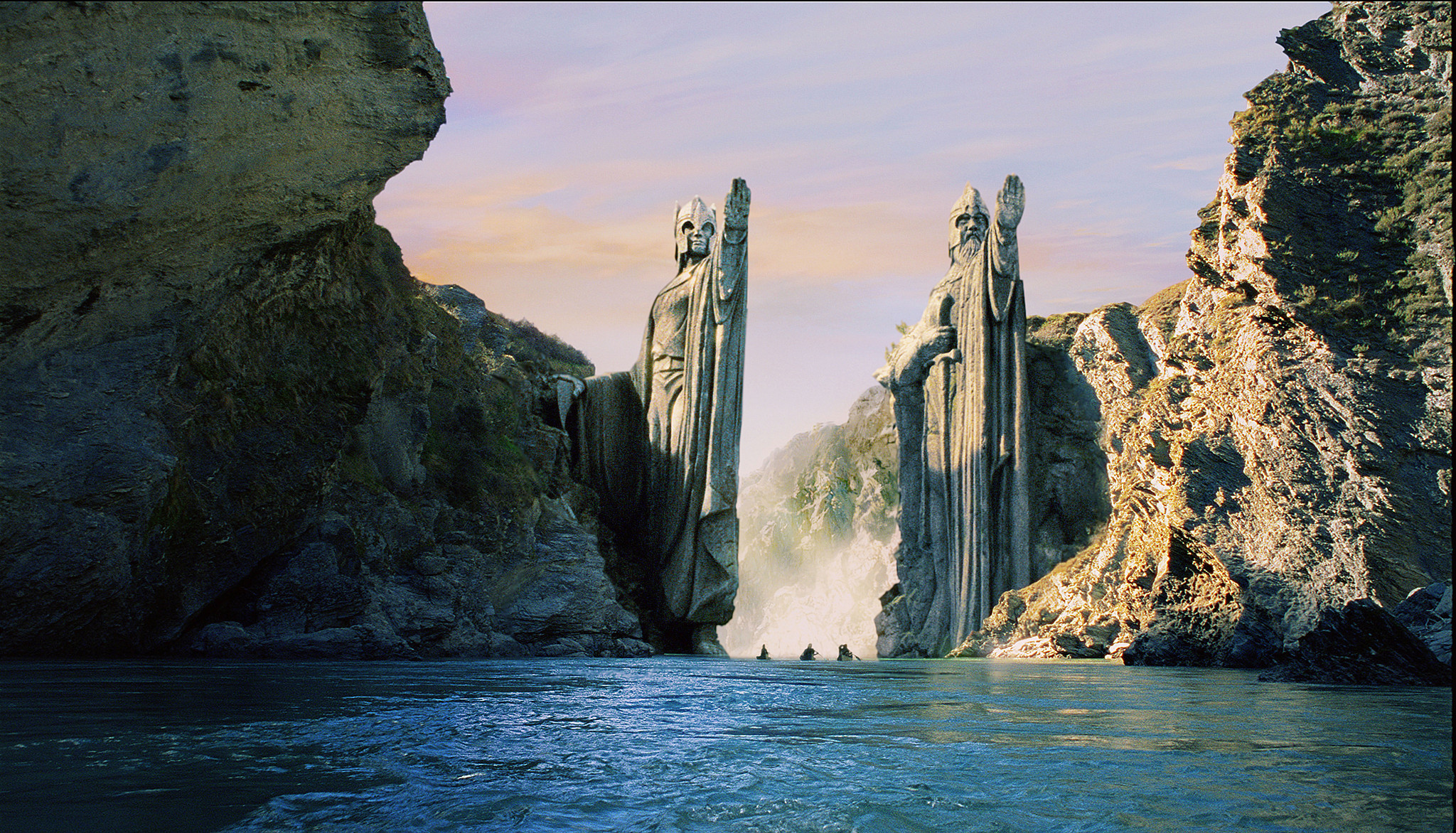 The second installment of the classic franchise, "The Two Towers" opened on April 23, grossing nearly 26 million yuan ($4 million) over its debut weekend, while the first installment "The Fellowship of the Ring," which was released one week previously on April 16, earned 26.7 million yuan ($4.2 million) for a cume of $17 million.

Peter Jackson's beloved "Lord of the Rings" trilogy returned in IMAX versions for the first time, drawing a large number of its loyal fans and moviegoers back to the cinema to explore the Middle Earth saga played in remastered 4K ultra high definition on the big screen. 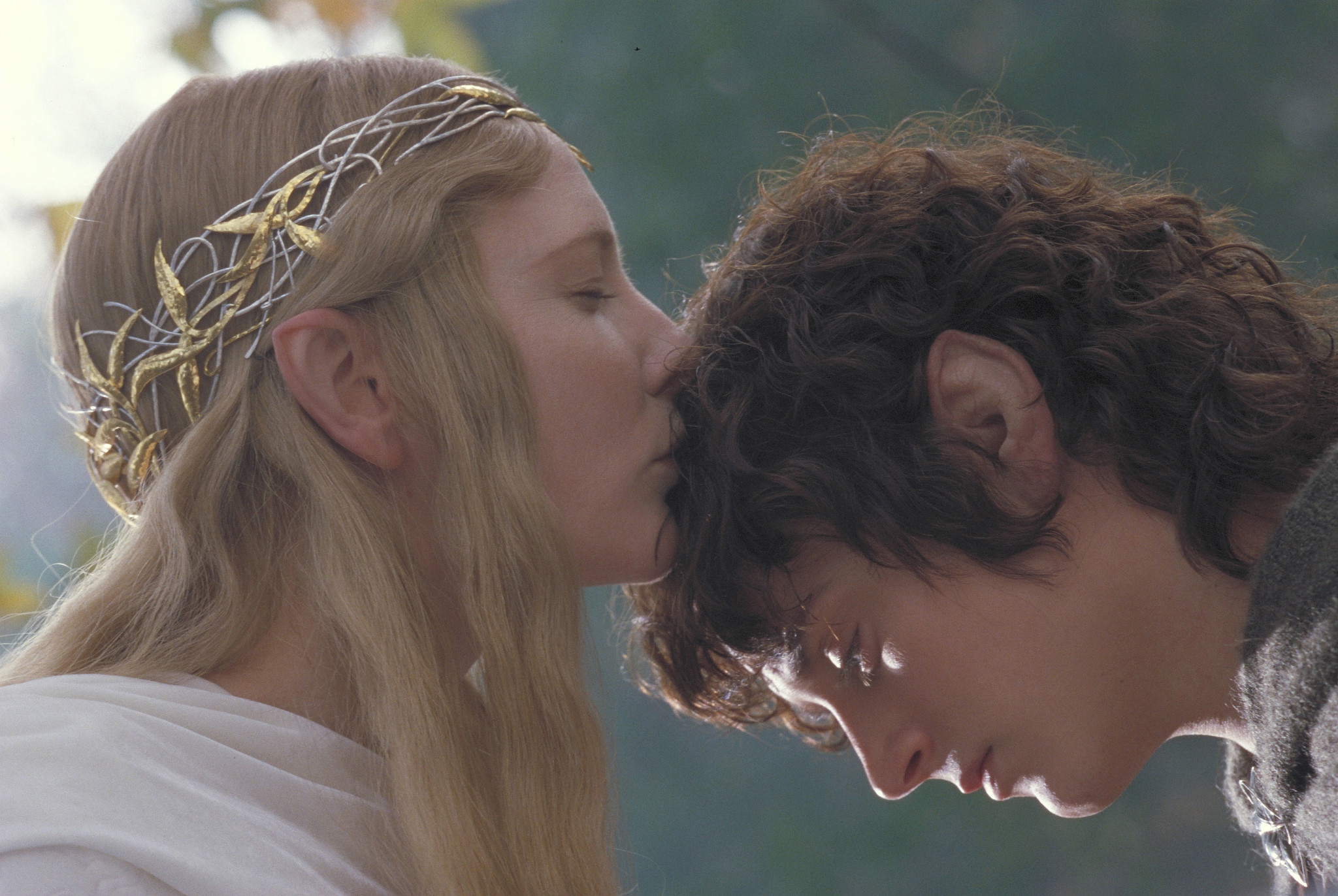 The reruns, however, failed to make a big splash at box office and repeat the great phenomenon two decades ago, arousing some discussion on its duration and the change of viewers' habit and tastes.

Some critics noted that the three-hour adventure films, based on J.R.R. Tolkien's epic masterpiece, are too long for the young generation growing up in an era when short videos are flooding.

The following week is expected to see a flourishing box office period as the five-day May Day holiday (May 1-5), considered as one of China's four moviegoing peaks throughout a year, is approaching and a bumper crop of new titles in various genres are set to be released.

On the slate is award-winning filmmaker Zhang Yimou's spy thriller "Impasse," also known as "Cliff Walkers," which is scheduled for release on April 30. 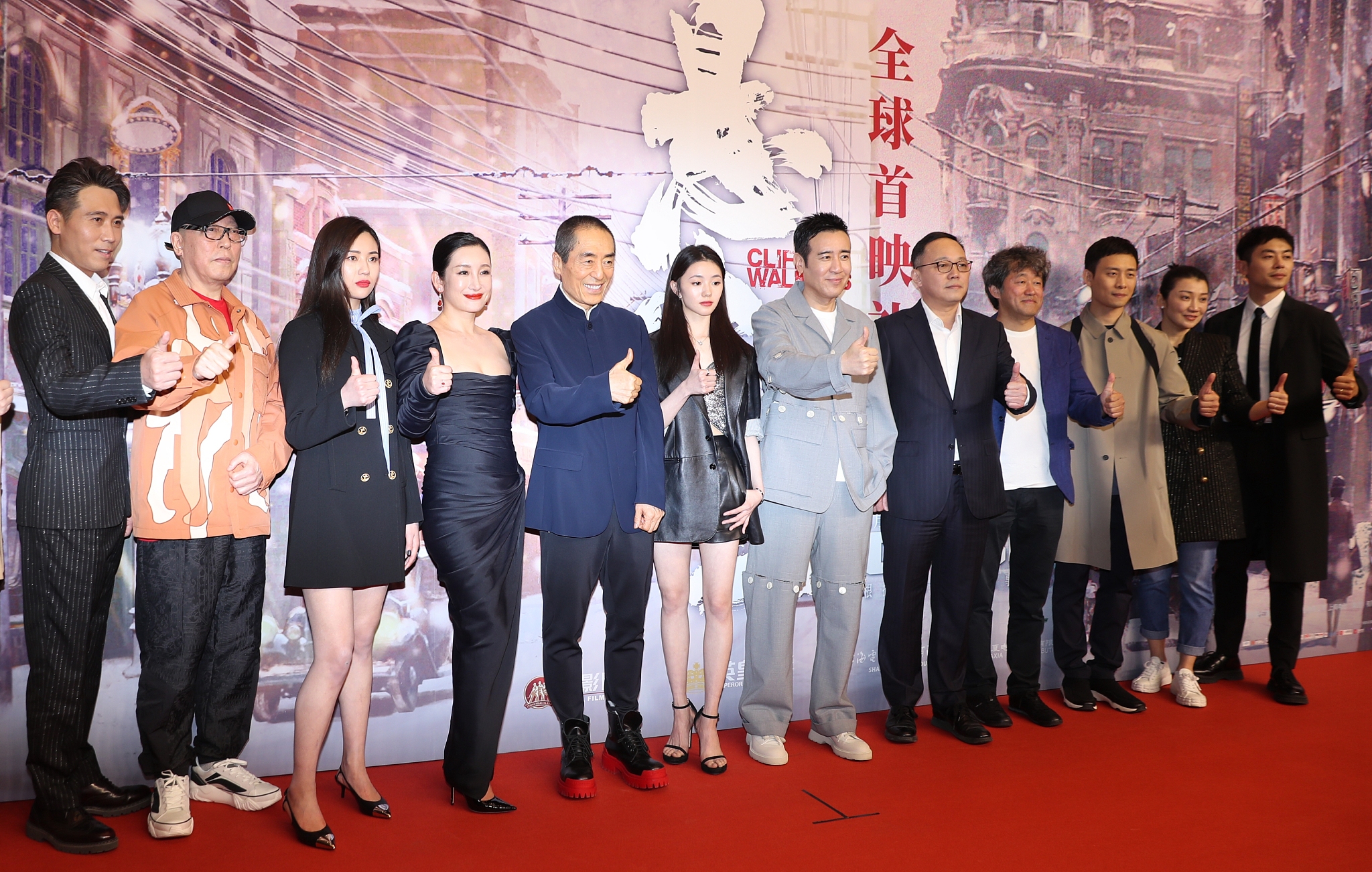 Award-winning director Zhang Yimou and the cast attend the global premier of the film "Impasse" in Beijing, China, April 24, 2021. /CFP

Award-winning director Zhang Yimou and the cast attend the global premier of the film "Impasse" in Beijing, China, April 24, 2021. /CFP

The highly anticipated film follows four Communist party special agents who returned to China after receiving special training in the Soviet Union to carry out a secret operation in the northeastern city of Harbin, featuring a strong cast including veteran actors Zhang Yi, Yu Hewei, Qin Hailu and Zhu Yawen.