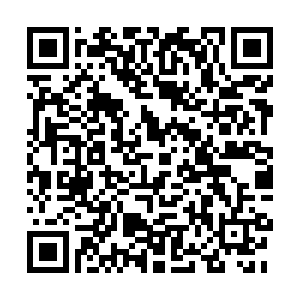 Kishore Mahbubani, a fellow at the Asia Research Institute at the National University of Singapore and Singapore's former permanent representative to the United Nations, wrote in a recent opinion piece for The Straits Times that urged the Biden administration to reverse the Trump-era plans.

Nothing was gained from the trade war against China – it was of no help to American workers or consumers. Nor had it reduced the trade deficit or pushed up the battered U.S. economy, said Mahbubani.

It is not in the enlightened self-interest of the U.S. to persist with former U.S. President Donald Trump's trade war, noted the expert.

"If the Biden administration wanted to formulate its trade and economic policies towards China ... and indeed give a sharp boost to the American economy, which would, in turn, help Mr. Biden in the 2022 mid-term elections – it should immediately and unconditionally lift all self-defeating trade sanctions and tariffs on China," he said.

But he pointed out that irrational political prejudices inside the U.S. will struggle against such a rational move.

"It will not be a military war that determines the winner of the U.S.-China geopolitical contest ... it will be the scale and scope of the trade and economic policies in the [East Asia] region," said Mahbubani.

U.S. influence in East Asia was much greater back in 2000 as the U.S. economy, in nominal market terms, was eight times the size of China's. U.S. trade with the ASEAN countries to the tune of $134 billion in 2000 overshadowed China's $41 billion, according to the expert.

But things changed last year. The U.S. economy was merely 1.6 times larger than that of China, while China's trade with ASEAN members reached $508 billion, as compared to the $295 billion trade volume the U.S. had with ASEAN, he added.

That came from the U.S. squandering $6 trillion on unnecessary wars in the Middle East. On the other hand, China sealed a free trade agreement with ASEAN in 2001, he elaborated.

"If the U.S. was a rational geopolitical actor and followed its own enlightened self-interest, it would completely reverse Mr. Trump's trade policies towards China," said the expert.