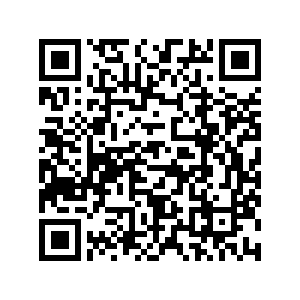 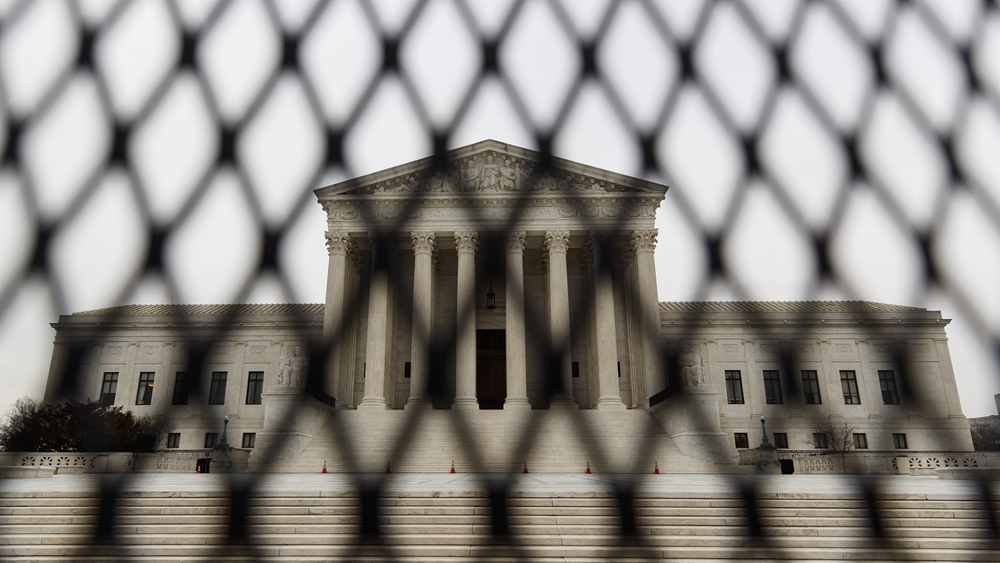 The U.S. Supreme Court agreed on Monday to hear a challenge backed by the gun lobby to a New York law that restricts the carrying of firearms outside the home.

It will be the first major case involving the Second Amendment constitutional right to bear arms heard by the nation's highest court in more than a decade.

The case will be argued before a Supreme Court with a 6-3 conservative majority and comes amid a gun control push by President Joe Biden in the wake of several mass shootings.

A more than century-old New York law currently requires someone applying for a permit to carry a gun outside the home to establish "proper cause."

The suit to be heard by the Supreme Court was brought by two men who were denied permits to carry handguns for self-defense.

Their appeals were rejected by lower courts and the Supreme Court agreed to hear the case in its October term.

The court said it would limit arguments to the question: "Whether the state's denial of petitioners' applications for concealed-carry licenses for self-defense violated the Second Amendment."

The Second Amendment to the Constitution is subject to various interpretations.

It reads: "A well regulated Militia, being necessary to the security of a free State, the right of the people to keep and bear Arms, shall not be infringed."

For the National Rifle Association (NRA) and many gun owners, it guarantees the rights of citizens to carry weapons. 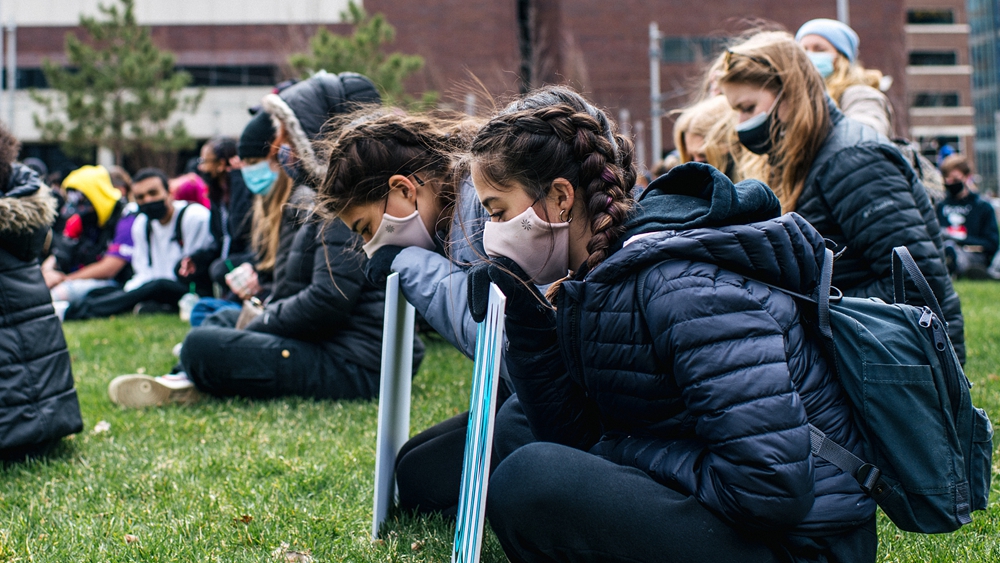 High school students sit in silence during a statewide walkout demonstration against series of mass shootings in the country in Minneapolis, Minnesota, U.S., April 19, 2021./CFP

High school students sit in silence during a statewide walkout demonstration against series of mass shootings in the country in Minneapolis, Minnesota, U.S., April 19, 2021./CFP

In a landmark case in 2008, the Supreme Court ruled that the Second Amendment ensured the right to have a gun at home and left it up to cities and states to set their own rules on carrying firearms outside the home.

The court had previously declined to take up several Second Amendment cases but it underwent a shift to the right under former President Donald Trump.

Trump named three justices who are sympathetic to the arguments of gun owners, raising fears among gun control advocates that local restrictions such as the New York law could be in jeopardy.

The court's decision gave a fresh boost to the NRA.

"We're confident that the Court will tell New York and the other states that our Second Amendment right to defend ourselves is fundamental, and doesn't vanish when we leave our homes," it said in a statement.

By contrast, gun control groups fear that any decision in favor of the challenge could erode states' right to restrict gun use.

"The Supreme Court's willingness to take up this case is a reckless response to our nation's grief and could take us in the completely wrong direction by restricting commonsense gun safety regulation," said Hannah Shearer of the Gifford Law Center, which lobbies for stricter gun laws.

She called the announcement "a warning sign that our nation's highest court is poised to brush aside the will of the people and instead side with gun lobby groups seeking to eliminate even the most modest firearm laws."

There were more than 43,000 gun-related deaths in the United States last year, including suicides, according to the Gun Violence Archive.