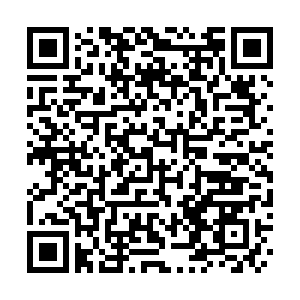 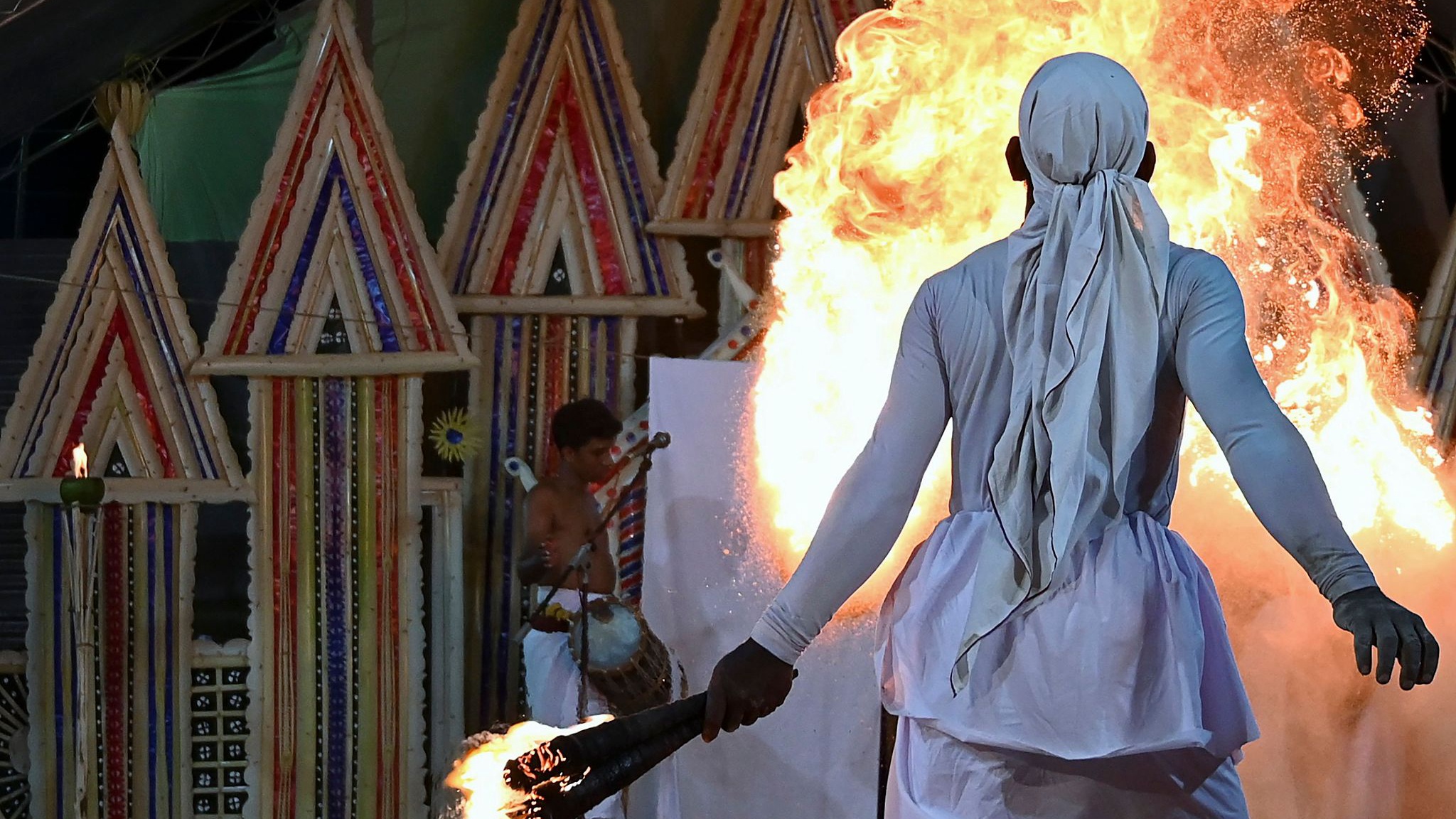 Two women were attacked and tortured in Papua New Guinea's capital Port Moresby on Sunday, accused of witchcraft. They were interrogated and burned with hot irons to get them to admit to killing a woman who had died earlier in the week, local media reports said.

One managed to escape and alert the police. But this was not an isolated incident in the Pacific island nation.

Local media reported in February that six women had been accused of sorcery. Police managed to free two women in July after they were held and tortured for four days, accused of killing a villager a week earlier by removing his heart.

Attacks like these are so widespread that Papua New Guinea (PNG) actually has a term and acronym for them: sorcery accusation-related violence, or SARV.

While authorities and politicians regularly condemn these as "barbaric acts" and "uncivilized" behavior, SARV continues.

This type of violence is not limited to PNG either. Accusations of sorcery remain a very real threat in many communities around the world and claim dozens – if not hundreds – of lives every year.

A 53-year-old widow was bludgeoned to death in India's northeastern Assam state on Saturday in an apparent "witch-hunting" killing.

Other sorcery-related killings in recent months have included a 70-year-old man in eastern Jharkhand state who reportedly practiced exorcism and sold herbal medicines; a family of five, accused of black magic after several people in their village fell ill and died; and a middle-aged man who was beheaded "on suspicion of sorcery" in neighboring Odisha state in December.

Another elderly man in Odisha was killed last month after villagers accused him of witchcraft.

"The deceased used to throw ash and some powder in front of the houses of villagers which raised doubts that he was practicing some witchcraft. In a fit of rage, some youths of the village killed him with stone and hammer and fled the spot after dumping his body in the bushes near the canal," a police officer told local media.

Reports have emerged in recent months from South Africa, Nigeria, and Nepal of people being beaten, tortured or killed on suspicion of witchcraft. Countries like Tanzania and Ghana have also been fighting SARV for years. 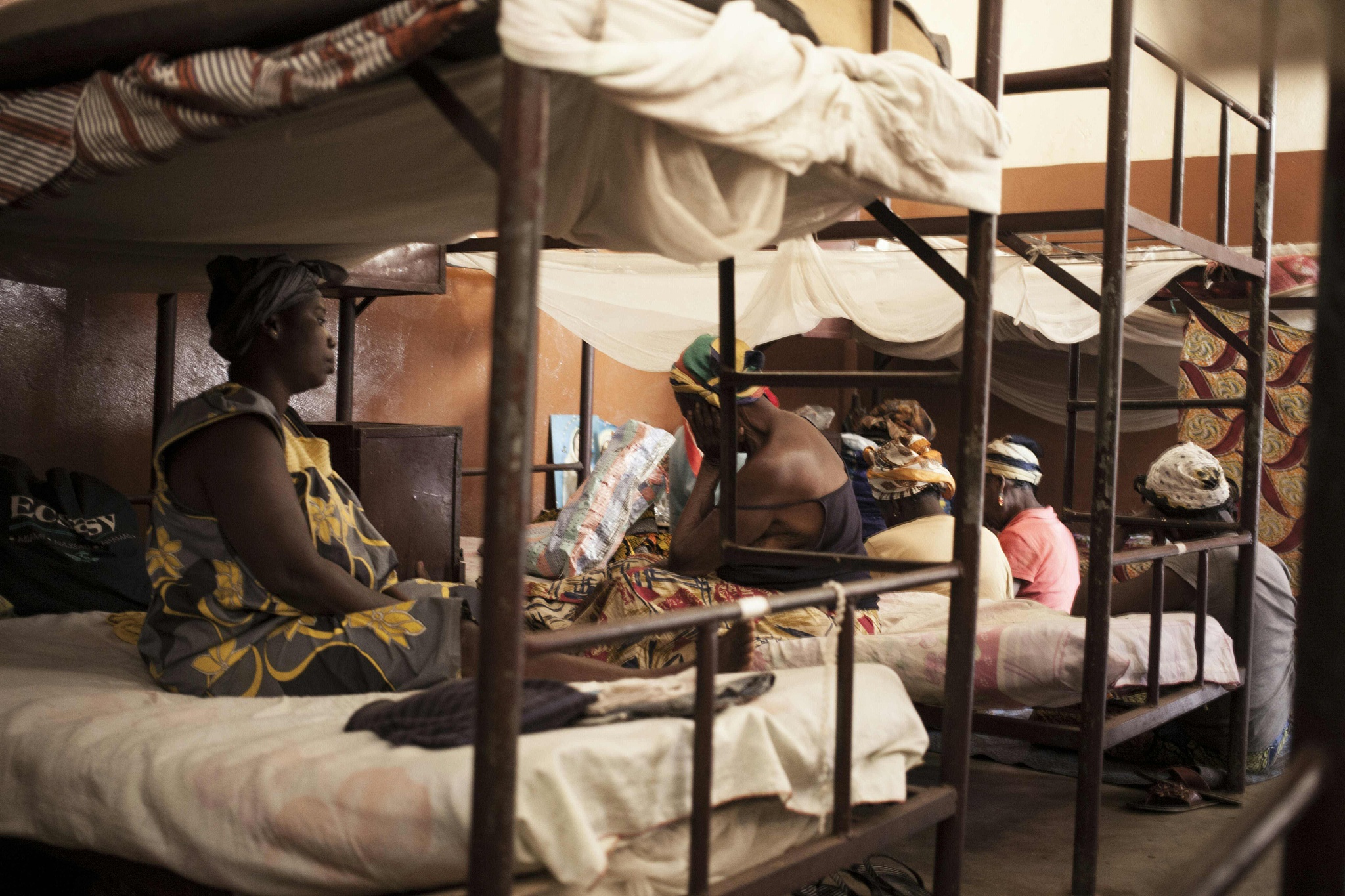 Women gather in a special reserved cell for those accused of witchcraft at the Bimbo Women's Prison in Bangui, Central African Republic, February 2, 2018. /CFP

Women gather in a special reserved cell for those accused of witchcraft at the Bimbo Women's Prison in Bangui, Central African Republic, February 2, 2018. /CFP

There are no definite figures on how many people fall victim to SARV every year around the world. In many cases, the crimes go unreported as victims fear retribution.

The problem is significant enough that the Office of the United Nations High Commissioner for Human Rights held an experts' conference in 2017 to discuss ways "to end harmful practices related to witchcraft."

There were 372 anti-sorcery attacks reported between 2013 and 2016 in PNG, according to UK charity Oxfam. In India's Assam state, a dozen are killed every year, according to local media.

Although men can be targeted, victims of witchcraft-related violence tend overwhelmingly to be women and girls.

As a result, the issue is often paired with women's rights and gender equality. Victims are generally among the most vulnerable members of the community. Mob mentality, lack of education and poor policing are also contributing factors.

There have been reports of people accused of being witches after a member of their community fainted, suffered an epileptic fit, or died without warning.

A woman and her daughter were accused of sorcery in PNG earlier this month and were tortured by relatives after the woman's husband died of COVID-19 .

Attacks are often brutal, with victims hacked to death, maimed, gang-raped, slashed with knives, burned with hot irons or hit with rocks, leaving them horribly scarred – physically and mentally – for life. 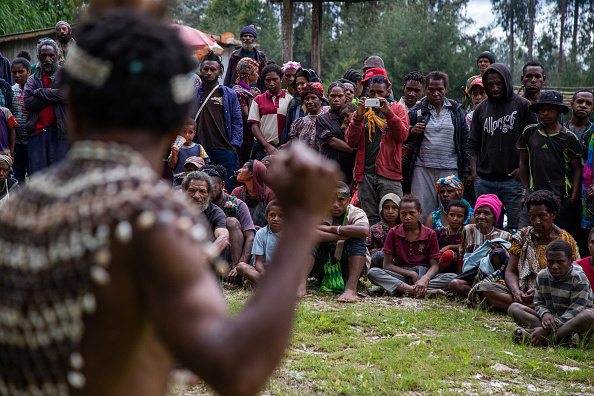 Relatives can also be targeted by association: in the case of the family of five killed in Jharkhand state in February, a middle-aged couple was suspected of witchcraft, but their son, daughter-in-law and five-year-old grandson were also murdered.

The perpetrators rarely act alone but attack their victims in groups: in the latest case on Sunday in PNG, the two women were attacked and tortured by up to 20 men.

Police often say the attackers' identities are known to them but communities and survivors may be reluctant to come forward and cooperate with law enforcement, meaning many perpetrators get away with their crime.

Some progress has been seen. The Assam Witch Hunting (Prohibition, Prevention and Protection) Act was passed in India in 2015, making it a crime to accuse anyone of sorcery.

PNG repealed its 1971 Sorcery Act in 2013, which sanctioned sorcery-related violence. At the same time, it drafted a Sorcery National Action Plan to raise awareness about the issue and find ways to combat it.

The country even has a hotline now for anyone who may be the target of sorcery accusations.

The latest cases however have prompted concerns that sorcery-related violence may be once again spreading. While such cases are usually found in the more remote regions of PNG, last weekend's attack occurred in the capital.

While action plans and strategies have been drafted, funding and effective implementation are still wanting, local officials say.