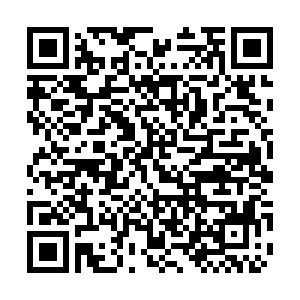 Britney Spears is set to personally address the court dealing with her conservatorship.

A hearing was set on June 23 for Spears to speak to the court in a rare move by the singer who has mostly kept mum on the twelve-year-long case of which she has rarely attended legal proceedings.

The multi-platinum, Grammy Award-winning pop icon has been in a court-approved agreement since 2008, whereby guardians, including her father James "Jamie" Spears, control different aspects of her financial and personal life.

For years now, the guardianship has been the subject of much speculation and debate as fans believe the 39-year-old star is being manipulated and held captive by the legal binding, and have launched the #FreeBritney campaign.

Spears herself has tried, and failed, to remove her father from his role, with her lawyer Samuel Ingham last year saying his client is "afraid" of her conservator.

"My client has requested a hearing at which she can address the court directly," Ingham told the Los Angeles court on Tuesday, saying that Spears asked the court to grant the request on an "expedited basis." 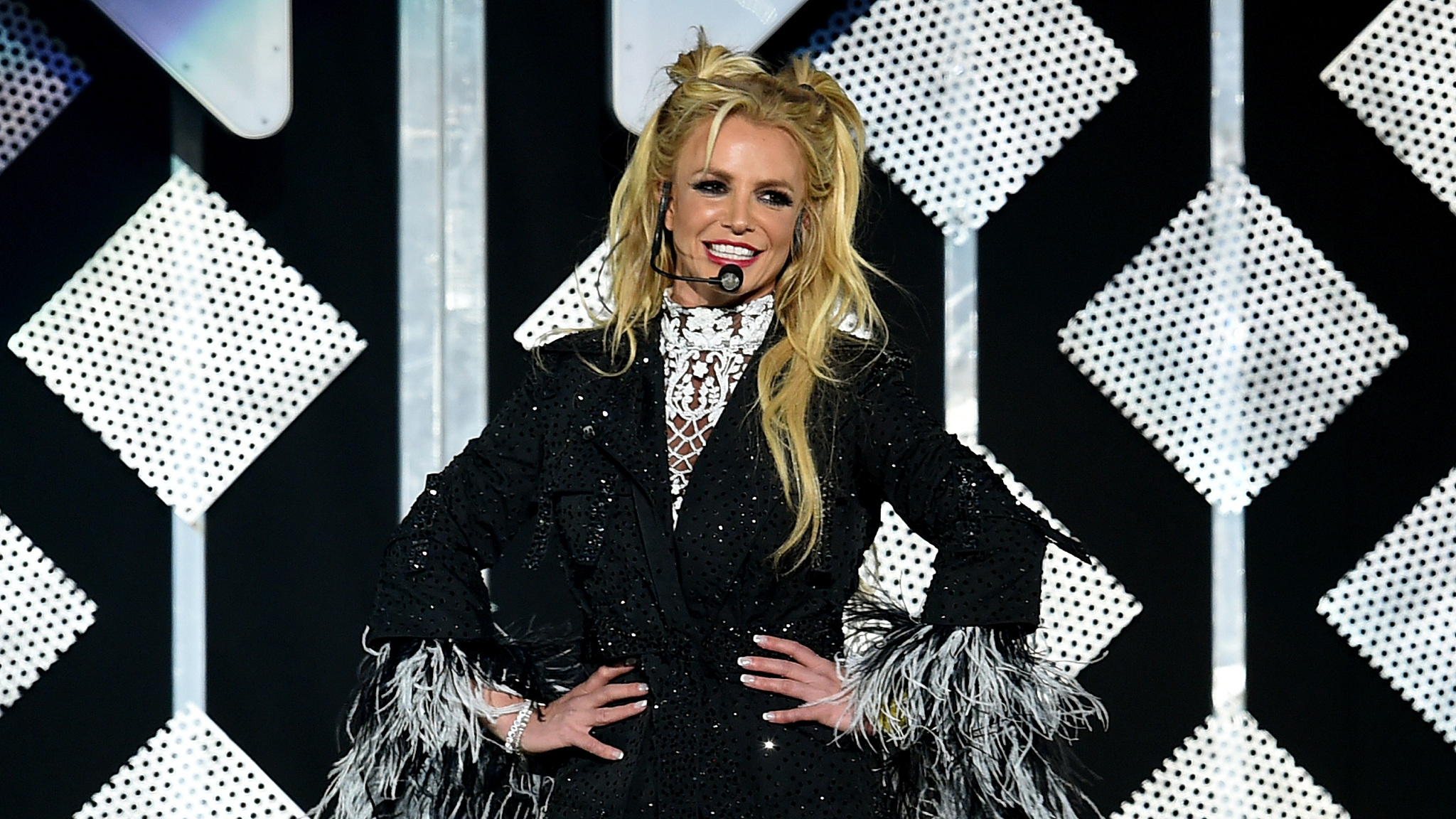 The conservatorship was put into place in 2008 at a time when the singer's life seemed to have hit rock bottom. It followed a very public mental breakdown that made headlines over a series of bizarre behavior and highly-publicized divorce and custody battles.

Jamie is currently in charge of his daughter's finances, along with private wealth management company Bessemer Trust. The singer's estate is estimated at around $60 million.

The father used to also be Spears' personal conservator, which allowed him to control whom she saw and access her medical records among other privileges, until he temporarily stepped down in 2019. The role is now assumed by a professional conservator, Jodi Montgomery.

A bid to remove Jamie failed in August 2020. Tuesday's hearing included a new request to replace him permanently with someone else but was postponed until July without discussion.

Conservatorships are usually granted for individuals who are not capable of making their own decisions, like adults with a developmental disability or the elderly with dementia or mental health disorders. Britney has come a long way since her 2007 lows, releasing multiple albums, serving as a judge on the music competition show The X Factor, and landing a Las Vegas residency. 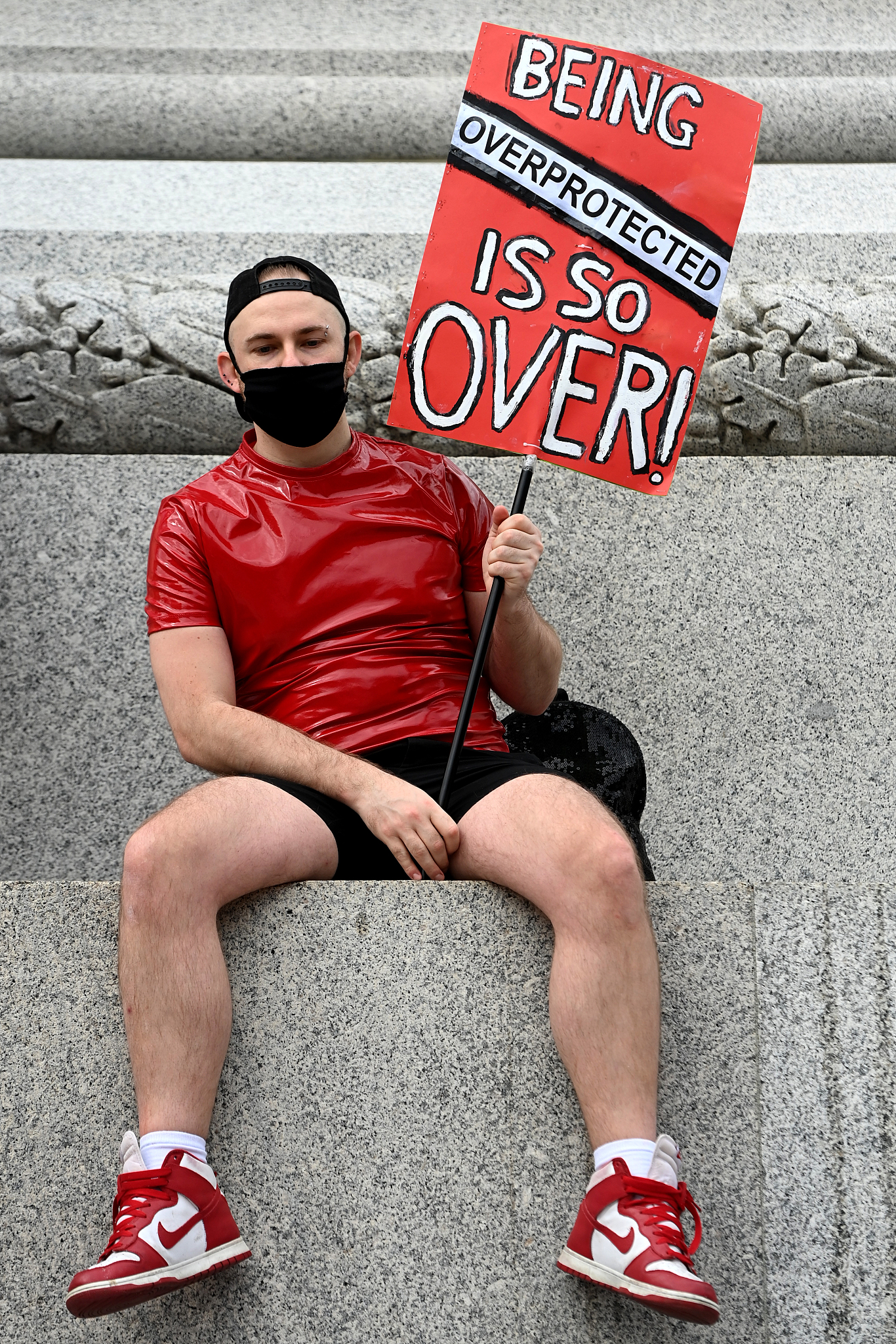 A Britney Spears fan holds a sign at Trafalgar Square during a #FreeBritney protest in London, England, April 27, 2021. /CFP

A Britney Spears fan holds a sign at Trafalgar Square during a #FreeBritney protest in London, England, April 27, 2021. /CFP

Questions have surfaced over whether she remains in need of someone to continue managing her affairs, and longtime fans have petitioned for her to be released from the arrangement.

Spears has not performed in public since October 2018, though she's still active on social media. In 2019, she pulled out of her La Vegas concert residency and briefly entered a mental health facility.

In February, the New York Times released a documentary titled "Framing Britney Spears" that looked at her astonishing rise to stardom as a teenager, the unrelenting paparazzi pursuit of the singer, and her 2007 breakdown. It also brought her long-running legal battle with her father back to the fore. Reacting to the film, Britney wrote on Instagram that she was "embarrassed" by how she was portrayed and that she "cried for two weeks," though some fans cast doubt over whether their idol wrote the post herself.

Supporters of the artist gathered outside the courthouse on Tuesday and cheered when news of her upcoming appearance came out.

"This is the first time in 13 years we're getting any sort of word from Britney about her conservatorship and it's the biggest deal to me," said supporter Jake Yonce who was among the crowd. "My life is 'Free Britney' and it just changed."