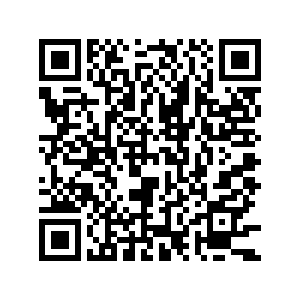 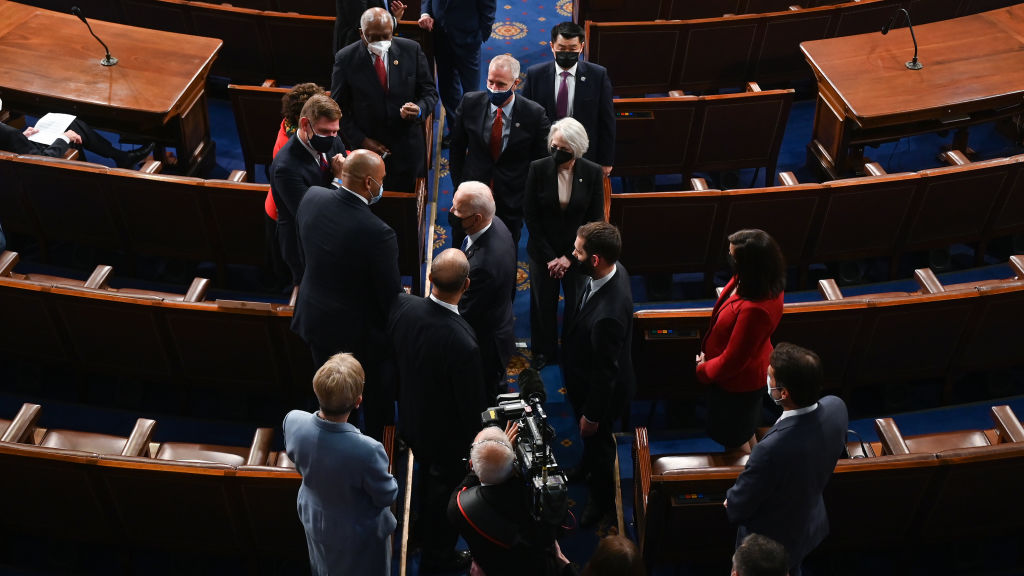 U.S. President Joe Biden is marking his first 100 days in office on April 29. Declaring "America is on the move again" in his first address before a joint session of Congress, he touted his accomplishments and laid out plans for the coming 100 days and beyond. But an anatomy of his performance points to a mixed record and exposes the underlying problems in U.S. politics that will hinder his ambitious goals both at home and abroad.

Biden inherited a nation battered by the simultaneous crises of a raging pandemic, a tittering economy, and political and social turmoil. Upon taking office, he made fighting the COVID-19 pandemic and a rapid economic recovery top priorities of his first 100 days.

Biden over-achieved the accelerated vaccination roll-out in the United States. In fact, he doubled on his pledge to complete 100 million shots of COVID-19 vaccines in the first 100 days to over 220 million shots instead. But with the staggering death toll of 570,000 Americans and a potential next surge due to virus mutations, it needs to caution against complacency in equaling vaccination to controlling the virus.

Another bright spot is the passage of the ambitious $1.9 trillion relief package or the American Rescue Plan. The package is more oriented toward stimulating the economy. Dismissing the "trickle down economics" promoted by the previous relief bills, this package aimed at delivering direct benefits to the American people and helping those stricken hardest by the pandemic. But it also raises suspicions. On the one hand, the bill failed to enlist Republican support, and on the other hand, the huge amount of cash pouring into the economy runs the risk of delivering a false prosperity and exporting inflation to other parts of the world.

For the first 100 days in office, Biden earned over half of the U.S. public approval, which is higher than his predecessor but trails behind previous U.S. presidents in times of crisis. This lackluster approval rating revealed the inherent problems of the U.S. political system.

Biden campaigned on the promise of bipartisanship. But with the hyper-partisan atmosphere on Capitol Hill, he found it hard to reach across the aisle and unite the divided nation. Despite the rhetoric, Biden did not show effective leadership on addressing the chronic issues of mass shootings, police violence and systemic racial injustice. He is poorly prepared to handle the immigration crisis, and raised eyebrows by reverting to the Trump-style harsh tactic against immigrant children and women on the southern border.

The fierce rebuttal by Republicans immediately following the presidential address offers a glimpse into the American hyper-partisan politics. His in-actions are also drawing criticism from progressive Democrats. 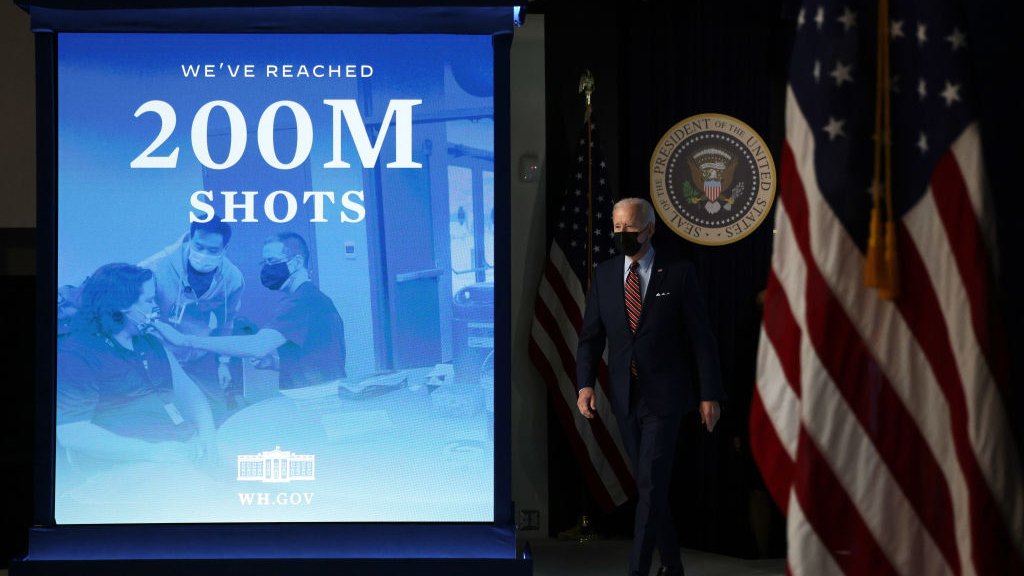 U.S. President Joe Biden approaches the podium to deliver remarks on the COVID-19 response and the state of vaccinations at the South Court Auditorium of Eisenhower Executive Office Building in Washington, D.C., on April 21, 2021. /Getty

U.S. President Joe Biden approaches the podium to deliver remarks on the COVID-19 response and the state of vaccinations at the South Court Auditorium of Eisenhower Executive Office Building in Washington, D.C., on April 21, 2021. /Getty

In fact, he did better at reversing the former administration's executive orders than pushing his agendas through Congress. With only a narrow Democratic majority in Congress, Biden would face an uphill battle to push through his agendas, including the newly-unveiled $1.8 trillion American Families Plan and the sweeping infrastructure plan.

America is back: a boon or a bane

Sensing diminishing U.S. global leadership, Biden declared "America is back" on the international arena. Upon taking office, he made a swift series of actions by halting the U.S. withdrawal from the World Health Organization and leading the U.S. to rejoin the Paris climate agreement. He also gathered world leaders to a virtual climate summit where he pledged to halve U.S. carbon emissions by 2030.

All these moves are intended to increase U.S. visibility on the world stage, but it is doubtful that he would easily salvage American reputation. The American leadership in global pandemic response is dubious and U.S. hoarding of vaccines contributed to the glaring global vaccine gap. Only until recently, did Biden decide to release American extra vaccines to India which is undergoing a horrifying humanitarian disaster. The U.S. commitment to the global climate endeavor is also feared to be half-hearted and ephemeral, since a new administration would easily unwind the gains made by the previous one.

The haunting legacy of "America-First" of former Trump has never gone away. Biden himself is showing a protectionist and isolationist propensity by announcing to withdraw troops from Afghanistan prematurely, unveiling a "Buy American" economic policy and pushing for supply chains restructuring in line with the stretched U.S. national security argument.

The Biden administration's policy toward China is also worrying. His early actions and rhetoric indicated that he might be bent on heightened competition with China. He is already using competition with China as a clarion call to bipartisan support for his ambitious domestic plans, and is hijacking multilateralism to stage a united front against China. The U.S.-led elite-club style of multilateralism, or pseudo-multilateralism in other words, serves not as a force for peace and stability but as an accelerator of antagonism, which is a far cry from the "true multilateralism" which China and the wider international community championed that geared toward more inclusive and constructive cooperation.

As the Biden administration enters the next stage, it is to be seen if Biden is able to deliver his promise to the people of the U.S. and the world at large.