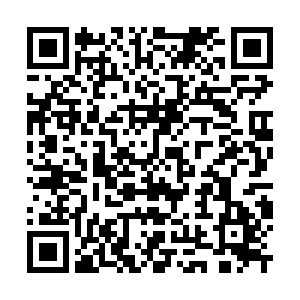 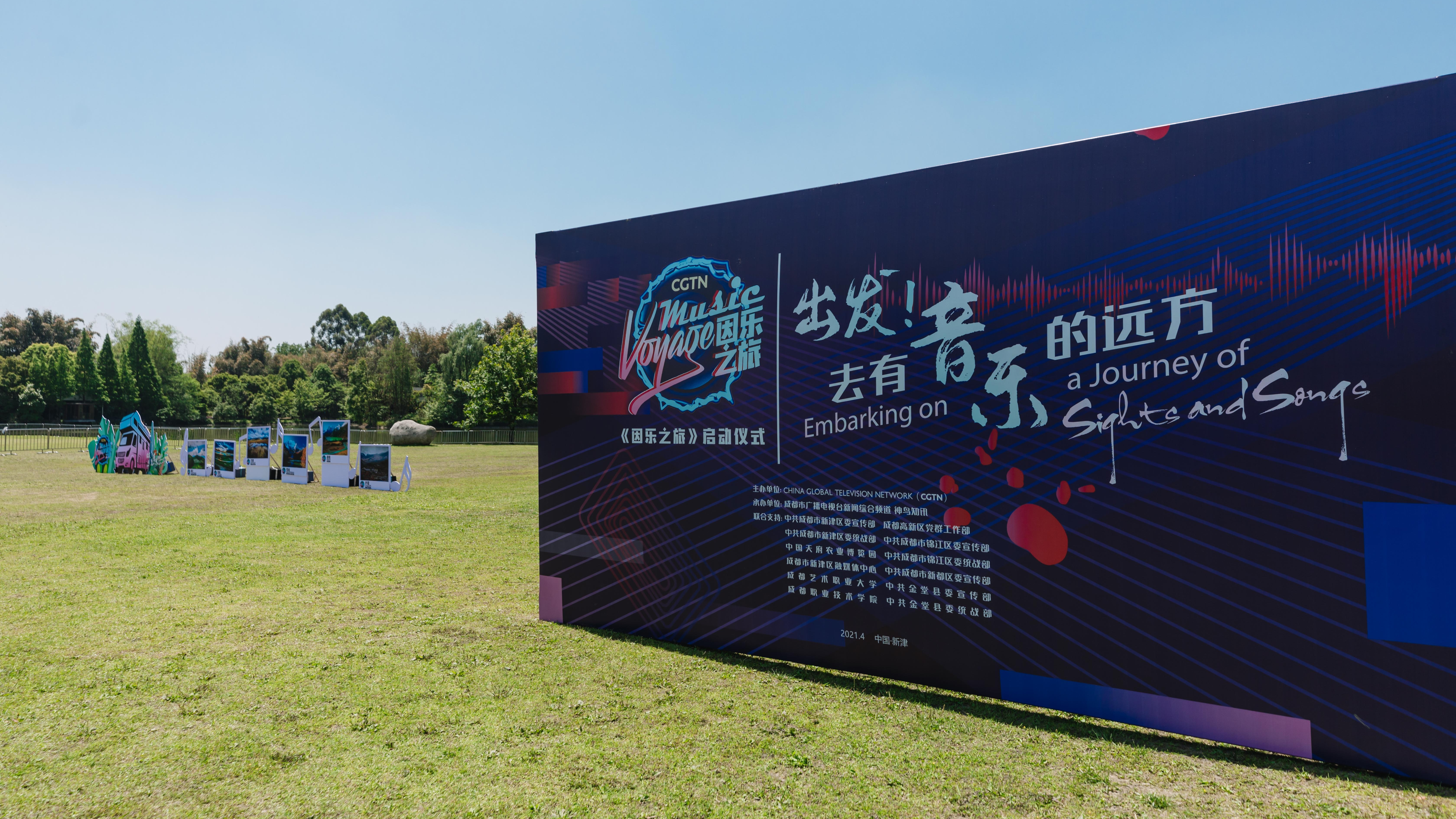 A music festival was held on Thursday in Chengdu, a city known for its giant pandas and hot pot in southwest China's Sichuan Province, to celebrate the launch of CGTN's upcoming cultural documentary project "Music Voyage."

The project, in partnership with Chengdu Radio and Television Station (CDTV), is set to embark on a 20-day journey to Sichuan's Ganzi Tibetan Autonomous Prefecture to trace the roots of music on the Tibetan Plateau while exploring beautiful landscapes and diverse ethnic culture as well as sharing real-life travel stories.

The music festival featured a wide range of performances, integrating the elements of ethnic minorities, different music genres as well as influencers from home and abroad.

Polish and Chinese rappers team up 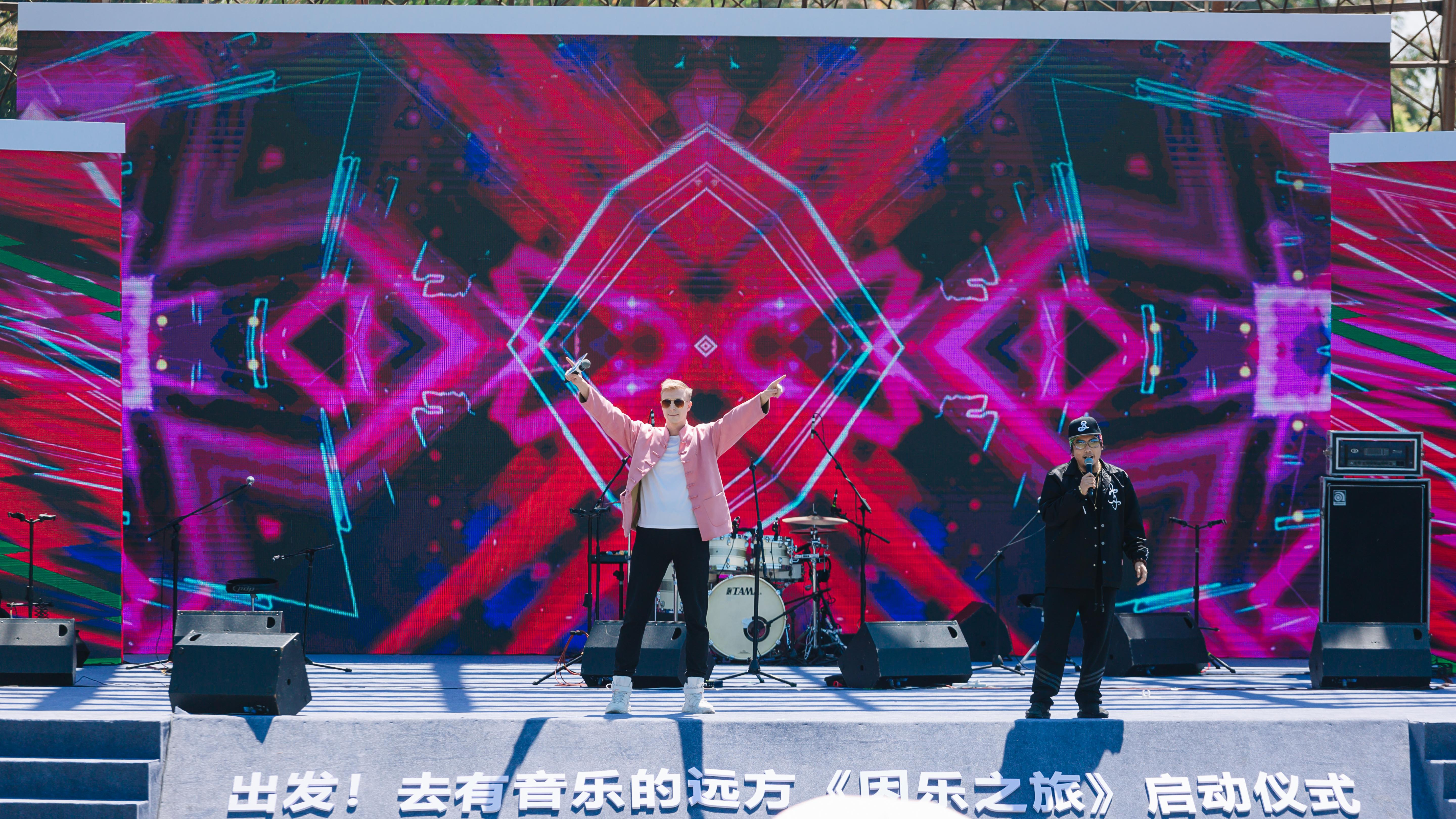 Polish rapper Filip Kobuszewski collaborated with local rap artist Xiangjing Kong, also known as "Big Brother" B.B.G., on rap songs "How U Doing" and "In China." "In China" is a rap song that they specially made for the project.

Followed by over 4 million users on Douyin, the Chinese version of TikTok, Kobuszewski raps in fluent Sichuan dialect. He is also a World Panda Youth reporter – a member of CDTV's action plan to spread Chengdu's voices and enhance global exchanges. 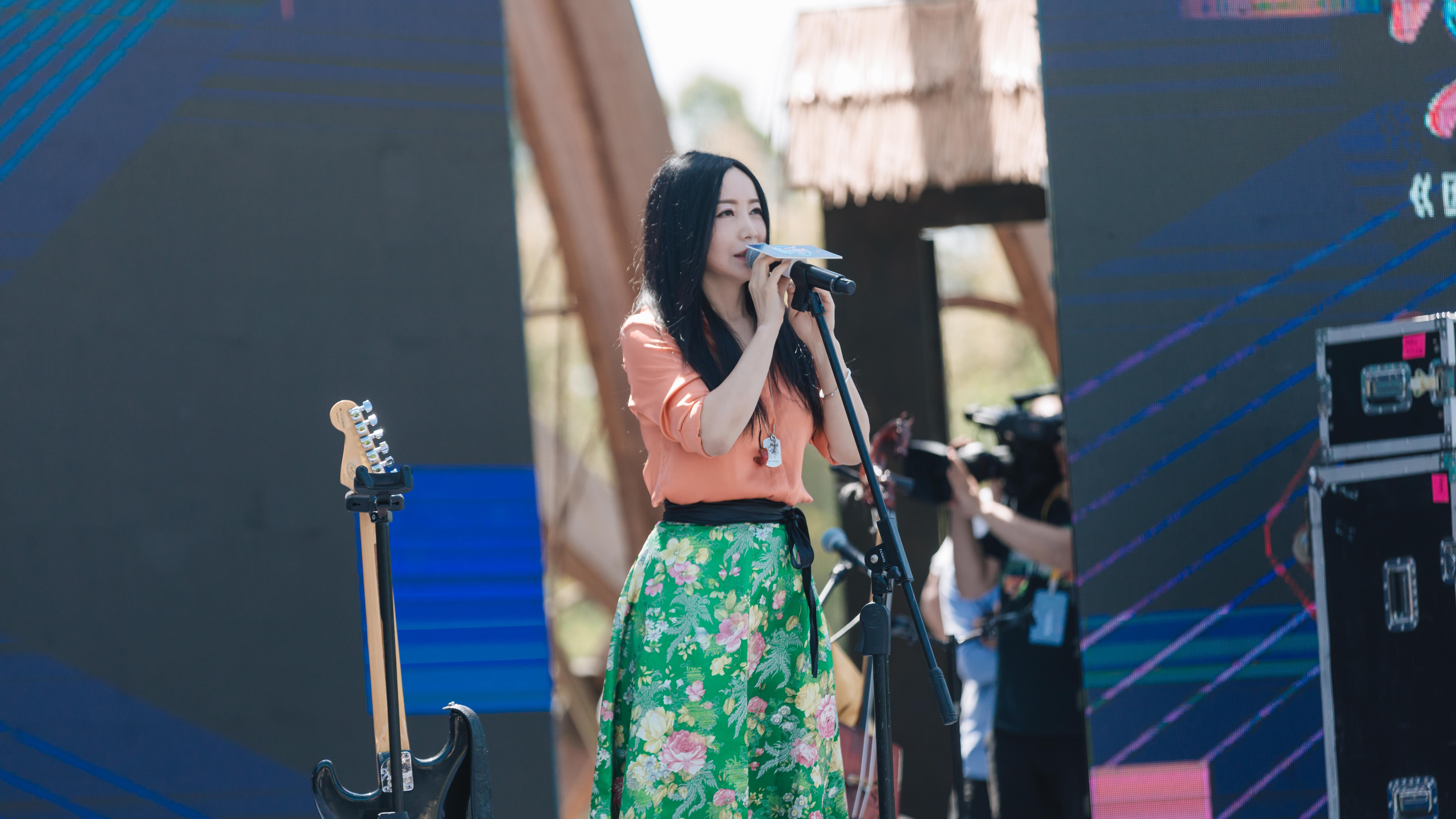 ANU, a Tibetan pop duo from Yushu Prefecture in the southern tip of Qinghai Province, performed their Tibetan-language songs "Fly" and "1376" at the show.

The group's name, "ANU," is an abbreviation from the Tibetan language literally meaning "youth." They have a combined following of 3.7 million fans on Weibo, China's equivalent of Twitter, and gained popularity after appearing on the TV show "Singer" in 2019. 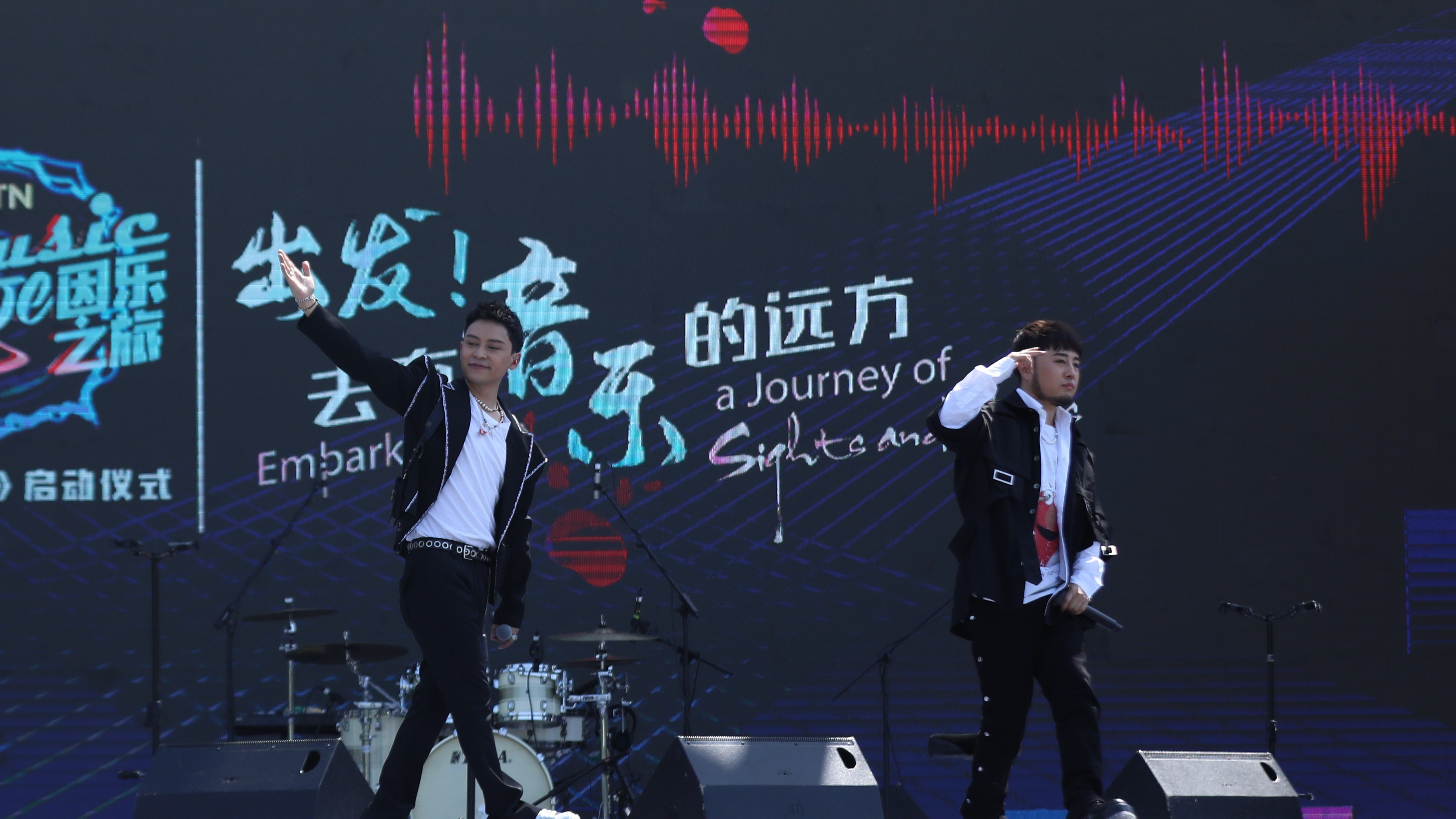 Brazilian musician and video producer Konrad Dantas, better known by the stage name KondZilla, and British pop singer and songwriter Katie Sky sent their greetings in the form of videos.

KondZilla visited China in 2019 and worked as a World Panda Youth reporter. He currently owns the largest YouTube channel in Brazil and Latin America, with over 50 million subscribers and over 34 billion views.

Sky's "Monsters" has garnered 26 million streams on the audio streaming platform Spotify. Many Chinese people know her through her cover of the Chinese song "Big Fish" originally sung by Chinese singer Zhou Shen. 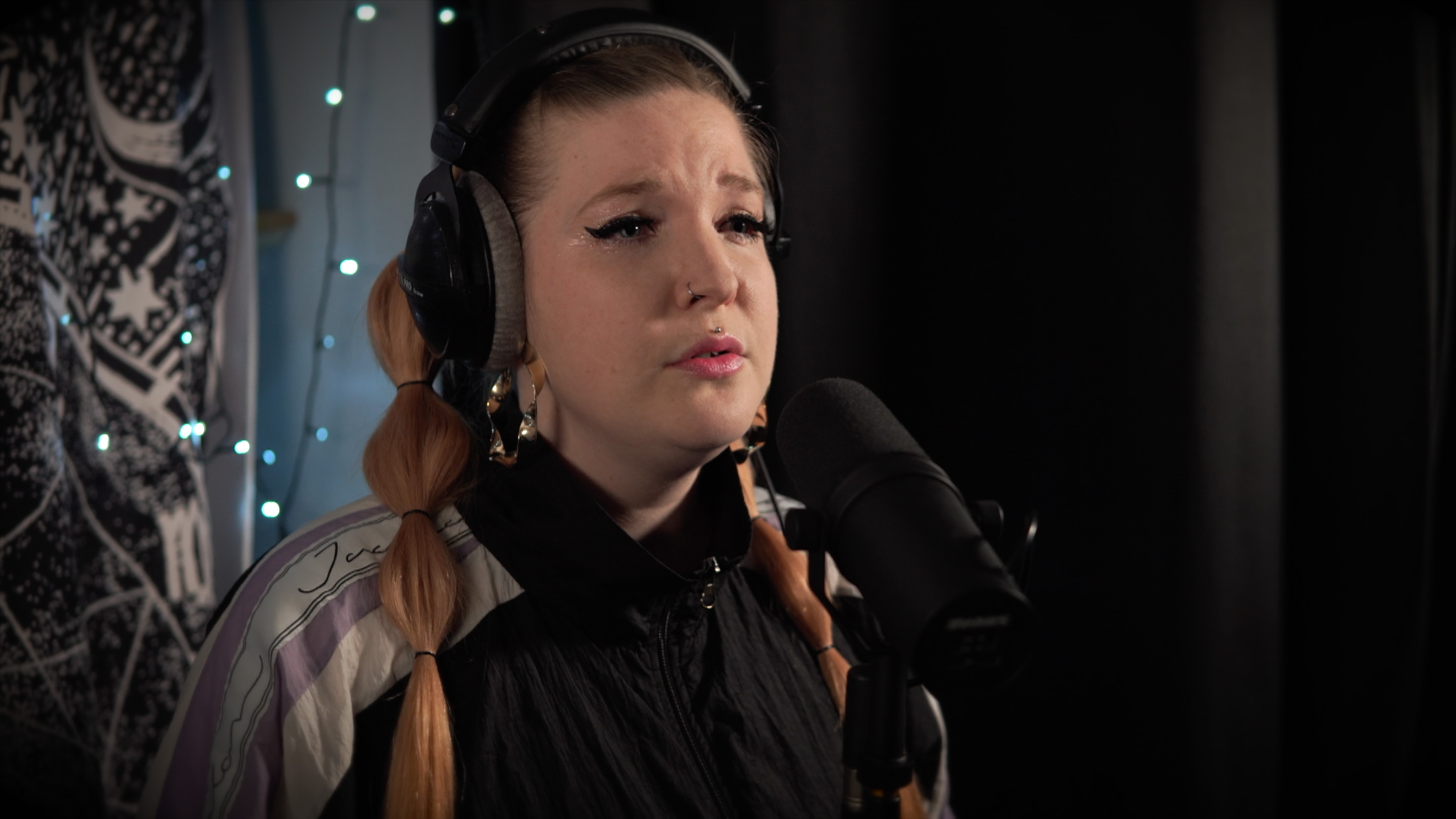 Meanwhile, World Panda Youth reporters Nicholas Larent from France, Xolisile Sithole, also known as "X," from South Africa, and Liu Juju from China joined the dialogue with host of CGTN Travelogue Tianran He and hosts of Xiaoman Studio – Lucy Lyu and Rachel Weiss, and shared their travel stories in China and the music they love. 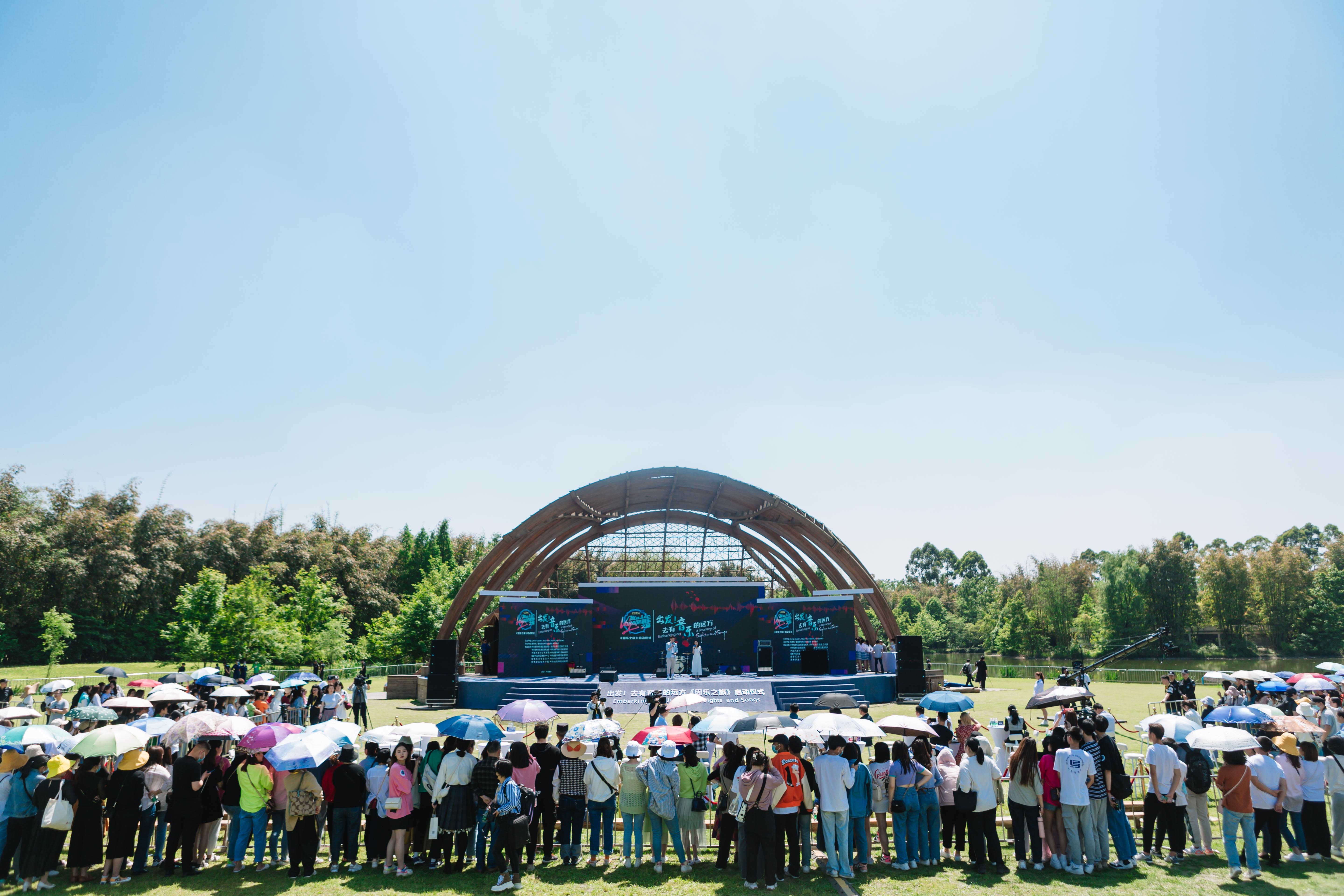 The crowd at the music festival in Chengdu, capital of southwest China's Sichuan Province, April 29, 2021. /CGTN

The crowd at the music festival in Chengdu, capital of southwest China's Sichuan Province, April 29, 2021. /CGTN

The music festival, which was held at the Tianfu Agricultural Expo Park, ended with Siqingerile and her band joining a jam session with DJ Kel Anyalewechi from the UK.