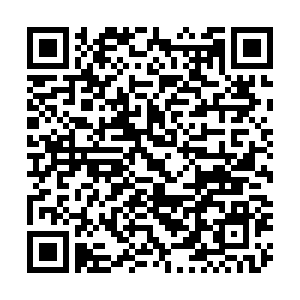 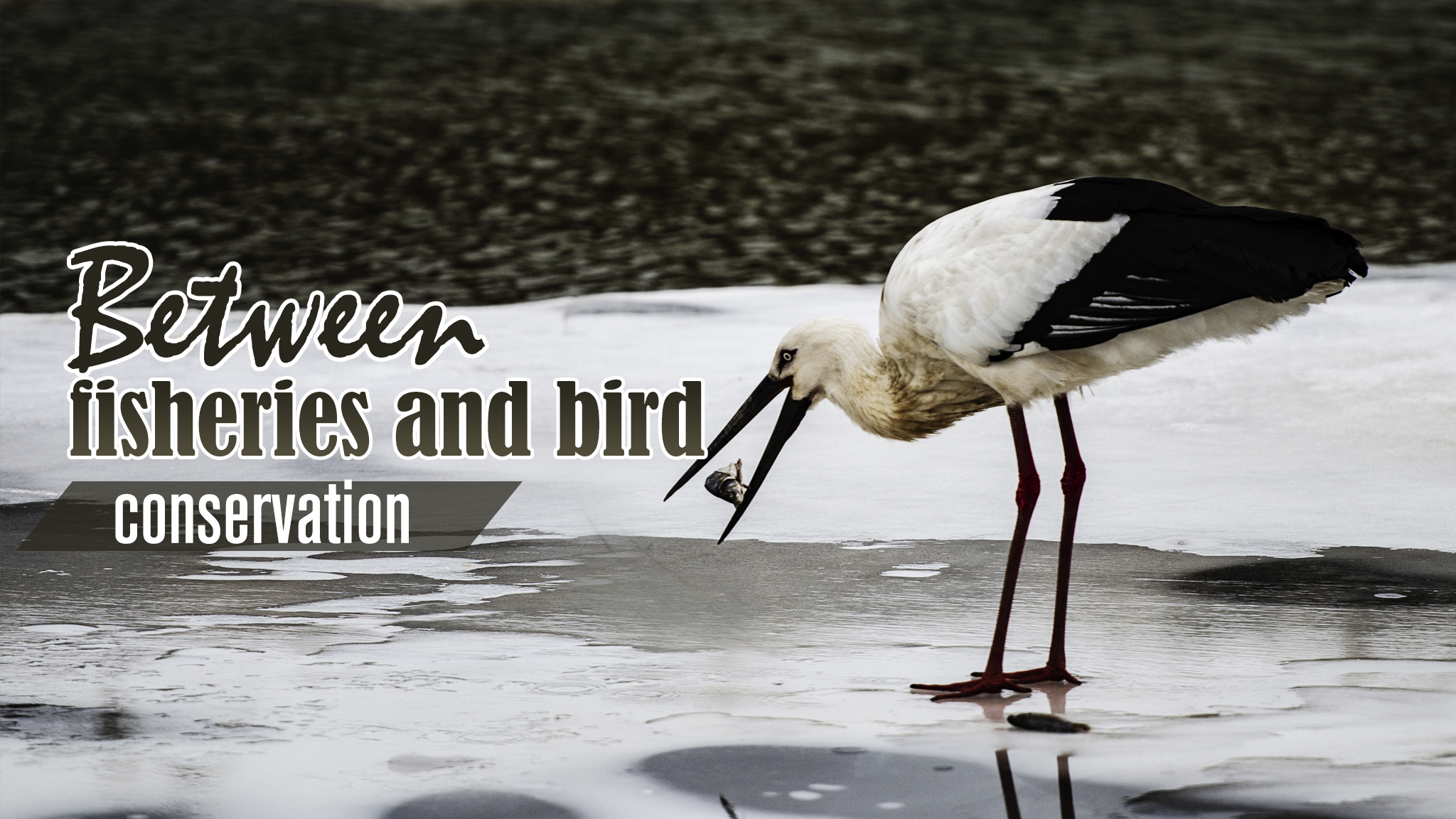 Ma Xuebin sits alert on his rickety electric bike patrolling around a 20,000-mu (13.3 square kilometers) pond in Tianjin to protect his fish from the frequent avian attacks. An incoming flock of oriental storks makes him nervous, and he charges towards them, chasing them away from his farm.

"They steal my fish," lamented Ma. "In 2018, these birds nearly emptied my neighbor's farm of fish, causing a major financial setback, forcing him to close his establishment," he said.

The conflict between fishermen and oriental storks, a migratory bird, which arrives in three protected wetlands – Qilihai, Beidagang, and Caofeidian – during the winter months in Tianjin have intensified over the years.

Listed as endangered by the International Union for Conservation of Nature (IUCN), only a few thousand of them survive in the wild. These big white and black feathered birds with long beaks fly hundreds of miles from northeastern China's Heilongjiang Province to rest and feast on the abundant fish that were once available in the region's wetlands.

Here, they fatten up, storing enough fat in their bodies to fuel their arduous journey ahead. 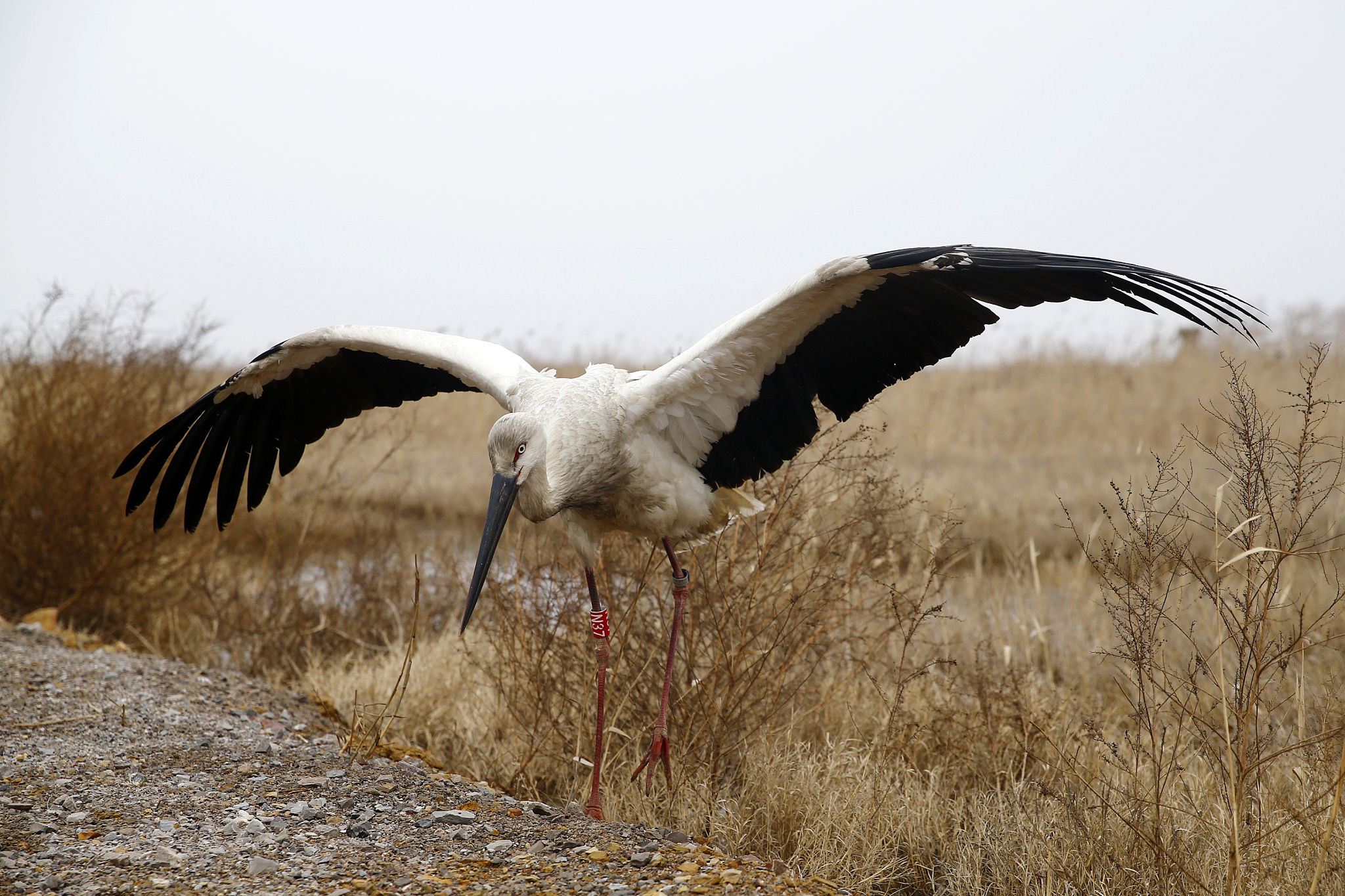 Things started deteriorating from 2017 when the local government declared the wetland a protected reserve and banned human activities inside the reserve, said Wang Jianmin, director of Jiangbei Wetland Protection Center, a non-profit.

As a part of the conservation plan, large patches of agricultural and aquaculture activities were shifted out of the reserve to provide a natural habitat to oriental storks. But this presented another problem.

Aquaculture farms require a large amount of water, which means more water has to be pumped into the wetlands to maintain the water level of farms outside the reserve.

This increase in water level in the wetlands made it more difficult for storks to forage inside the reserve. There is a saying among ornithologists that oriental storks get their feet dirty, not their white feathers.

As a result, these birds started raiding private fishponds near the reserve instead, exposing them to a series of threats, including poisoning, getting trapped in nets, and getting hurt by firecrackers, according to researchers from Hebei Agricultural University.

Threat to the winged guests, also a tourist attraction, prompted the local government to action. They constituted a task force where wetland authorities, along with local communities, started surveillance and raising awareness to protect storks. The use of poison, firecrackers, and nets was also banned.

Since the ban, Ma Xuebin has been patrolling his pond on his electric bike. 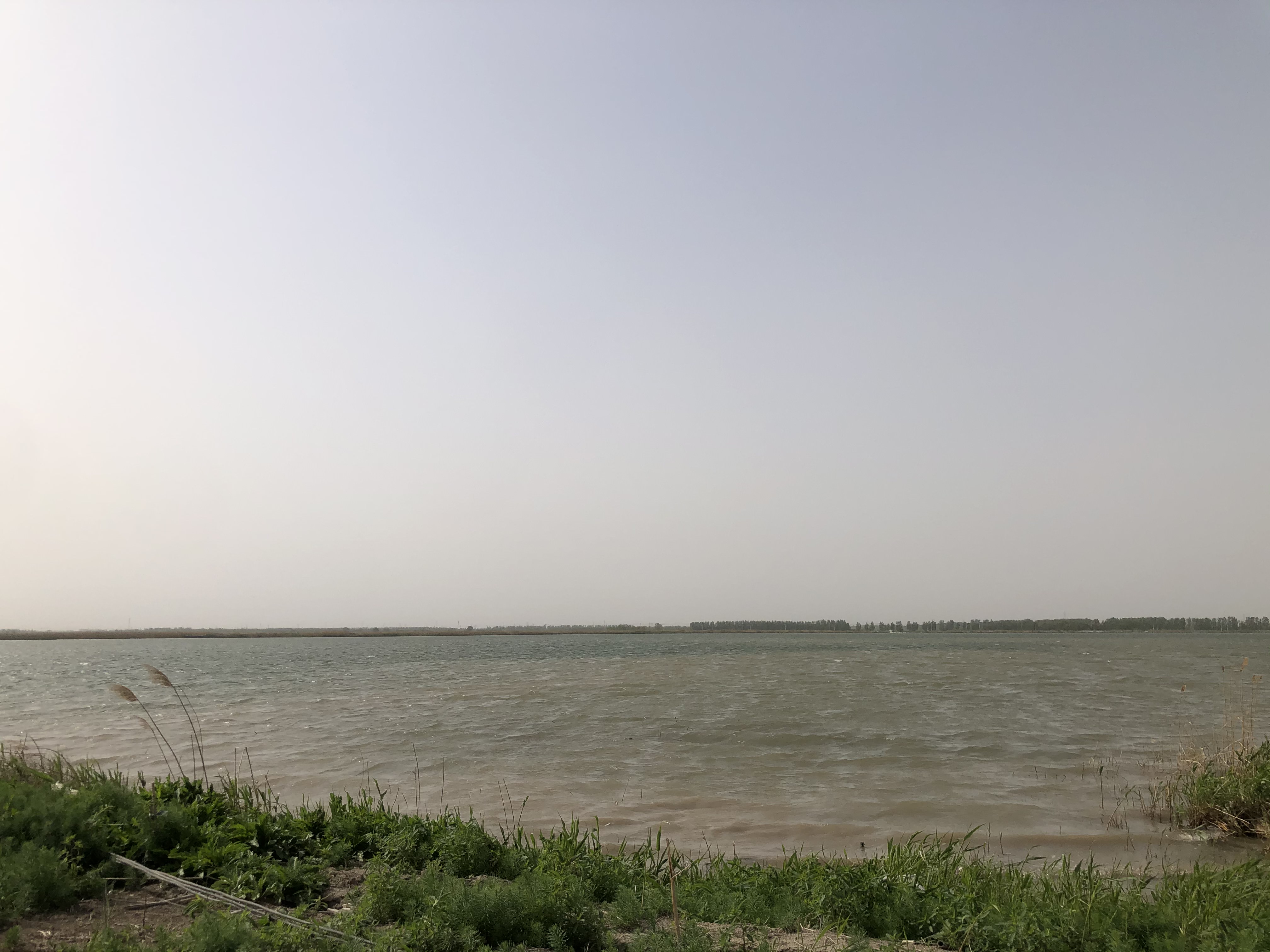 With more than 160 species of birds, the wetlands located in the core area of Tianjin National Nature Reserve is a biodiversity hotspot teeming with wildlife. It also regulates groundwater levels in the region.

When there is an excess of rain, wetlands absorb water like a sponge, preventing low-lying areas from getting flooded. In dry seasons, it releases water keeping its inhabitants hydrated.

In 2018, the State Council issued a circular stating that land reclamation work will be done under stringent regulatory control to maintain ecological balance in the coastal wetland.

"When the local authorities decided to raise the protection status of the wetland, it came as good news for conservationists," she said.

Fishermen losing their fish stocks to storks has also forced reserve authorities to offer a compensation package though the final plan has yet to be announced. The local electricity firm has also slashed power bills for farmers to placate them.

The effort brought some positive changes, but the conflict between the fishermen and the rare bird continues.

Late last year, around 31 oriental storks were found dead in Ninghe district in Tianjin. An official investigation, however, later attributed the deaths to Intestinal injury.

Meanwhile, frequent interventions have also cast doubt over the sustainability of the reserve.

Not enough has been done to resolve the core issues inside the reserve, including reducing the water level inside the wetland during migration season, said Wang. A few experts also suggested releasing fish in a pond inside the reserve and allowing some human activity for pisciculture, ensuring enough food for the migratory bird.

In fact, the reserve authorities attempted to raise silver carp in a fish pond, hoping to entice storks back to their original habitat. "The effort backfired as silver carps are too big for these birds, and we pleaded to them to raise local fish in the pond, but they did not listen," said Wang. 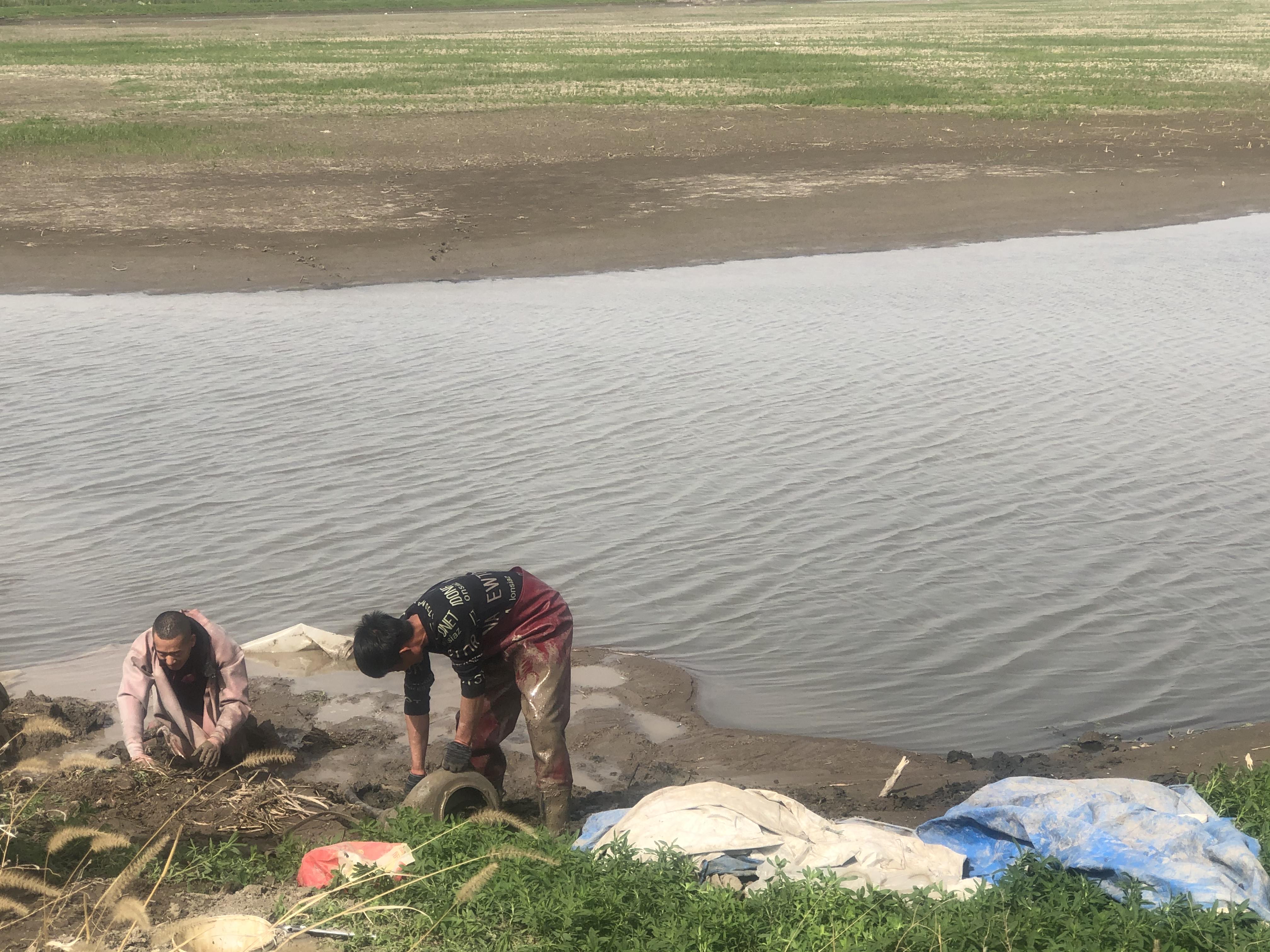 Bringing them to the negotiation table

From 1950 to 2000, the total area of coastal wetlands in China declined by 50 percent due to land reclamation and industrial expansion, forcing many species to cluster in limited areas, said Zhang Zhengwang, a professor researching bird migration and wetland protection at Beijing Normal University.

The conflict between fishermen and rare birds is directly related to shrinking wetlands in China and the rise in the number of bird populations, he added.

In the last decade, attempts have been made to restore and revive many damaged wetlands. Conservation efforts have focused on various strategies, including pumping water and planting trees to rejuvenate the complex ecosystem of wetlands suffocating because of land reclamation, urbanization and pollution.

"But just because we have more wetlands, it doesn't mean that we have more suitable habitats for the wildlife," Zhang added.

"We need to have scientific management of the wetland and restore the healthy ecosystem in the wetland to foster a sustainable environment for the growth of the migratory birds. This will take a long time." 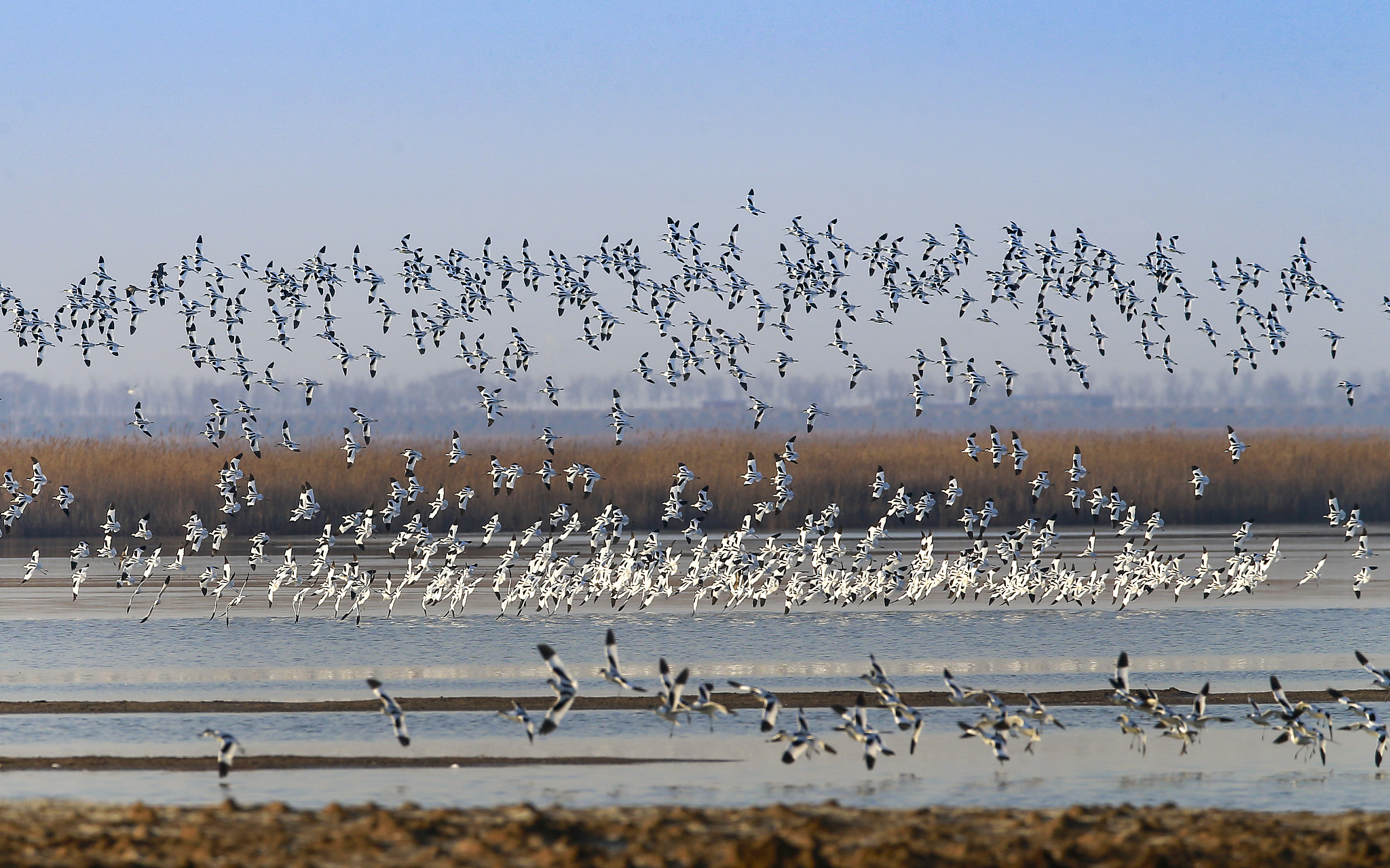 And in order to revive the wetlands, particularly in Tianjin, conservationists are advocating for both short and long-term policies. While most of them want a constant supply of fish for oriental storks, others seek scientific restoration of the reserve.

Gan feels that providing a secure and profitable market to fishermen to boost their financial rewards could be a game changer. Fish and shrimp raised by farmers using minimal or zero chemicals could secure higher prices for being environmentally friendly.

"This would boost their profitability, and they can share some fish with oriental storks. This will create a symbiotic relationship between humans and wildlife in the region," said Gan.

But providing food to oriental storks is not a permanent solution, but should only be a short-term solution till the reserve is restored. A long-term supply of fish to these birds could adversely affect their natural ability to search and forage for food, according to leading conservationists.

"We are thinking of ways to entice the Oriental storks to the wetland," Chen Li, director of the management committee of Tianjin Qilihai Wetland Natural Reserve, said in an interview with the Beijing News in 2020. Chen also plans to lower the water level for Oriental storks during migration season, raise fish in the ponds, and construct shoal in the river.

While the government, conservation organizations and locals are trying to work out a plan to ease the conflict, oriental storks are not in a mood to give up. The number of these migratory birds shot up by 50 percent to 5,000 last year.

They continued to flock to private ponds, feasted on the fish and left with a demand to restore their stopover in the wetland. They will be back again next season.