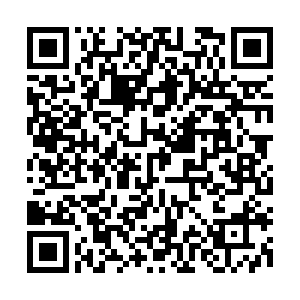 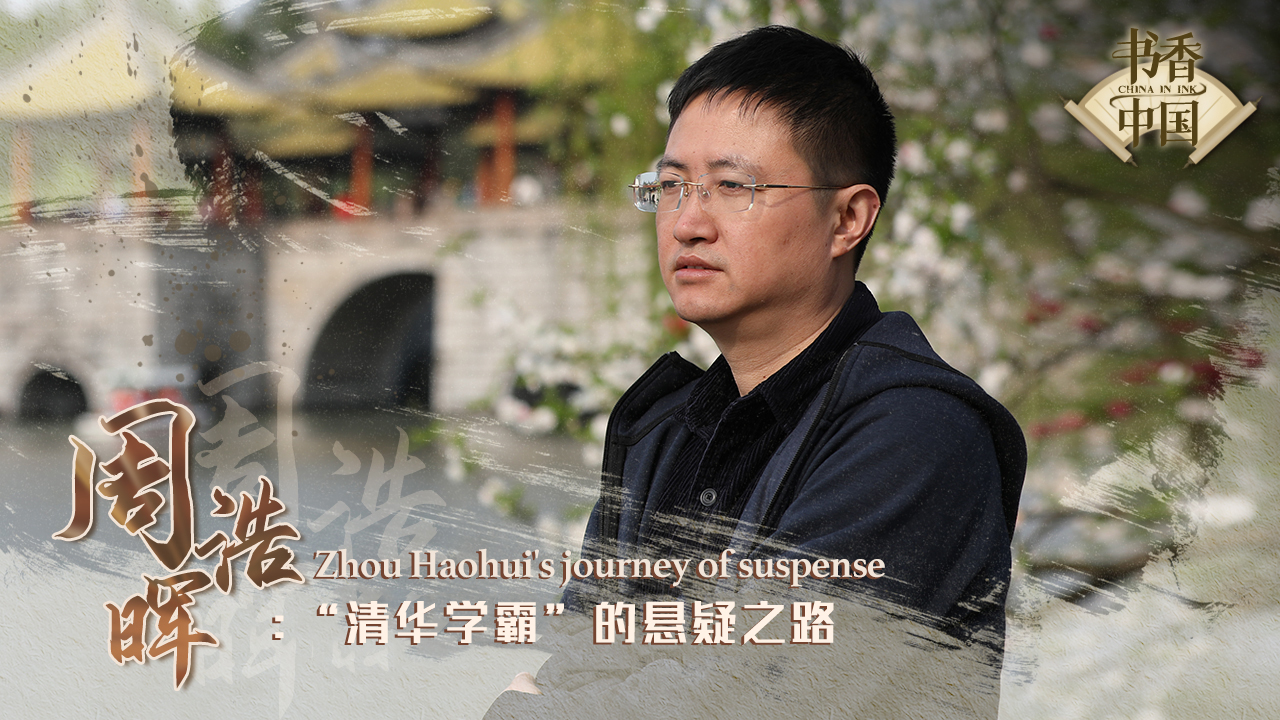 The time we met Yangzhou-born mystery writer Zhou Haohui at his hometown, it was the best time of the year for the city, which was surrounded by misty spring blossoms.

Zhou has a gentle air about him – the first thing people would notice. But in a while, the other side of him, a man of rationality and straight manner, would unfold.

Rather than calling himself a best-selling author, Zhou seems more willing to embrace some other facets of his identity – a father of a daughter, a startup entrepreneur, or an average Yangzhou local.

Zhou was born in late 1970s, when China was about to open its doors to the outside world, and when its economy would grow exponentially. Like many others of his generation in China, Zhou spent his first two decades preparing for Gaokao, the country's national college entrance exam. And he proved to be a gifted examinee, making his way to Tsinghua University, arguably China's most prestigious higher institution of learning.

Zhou started his writing career quite accidentally in 2003.“My roommates were watching a domestic TV series, after watching it, I found the plot very dull," he said. Zhou, then a newly-minted graduate student, decided to do his own story and posted his first novelette on the message board of the university. 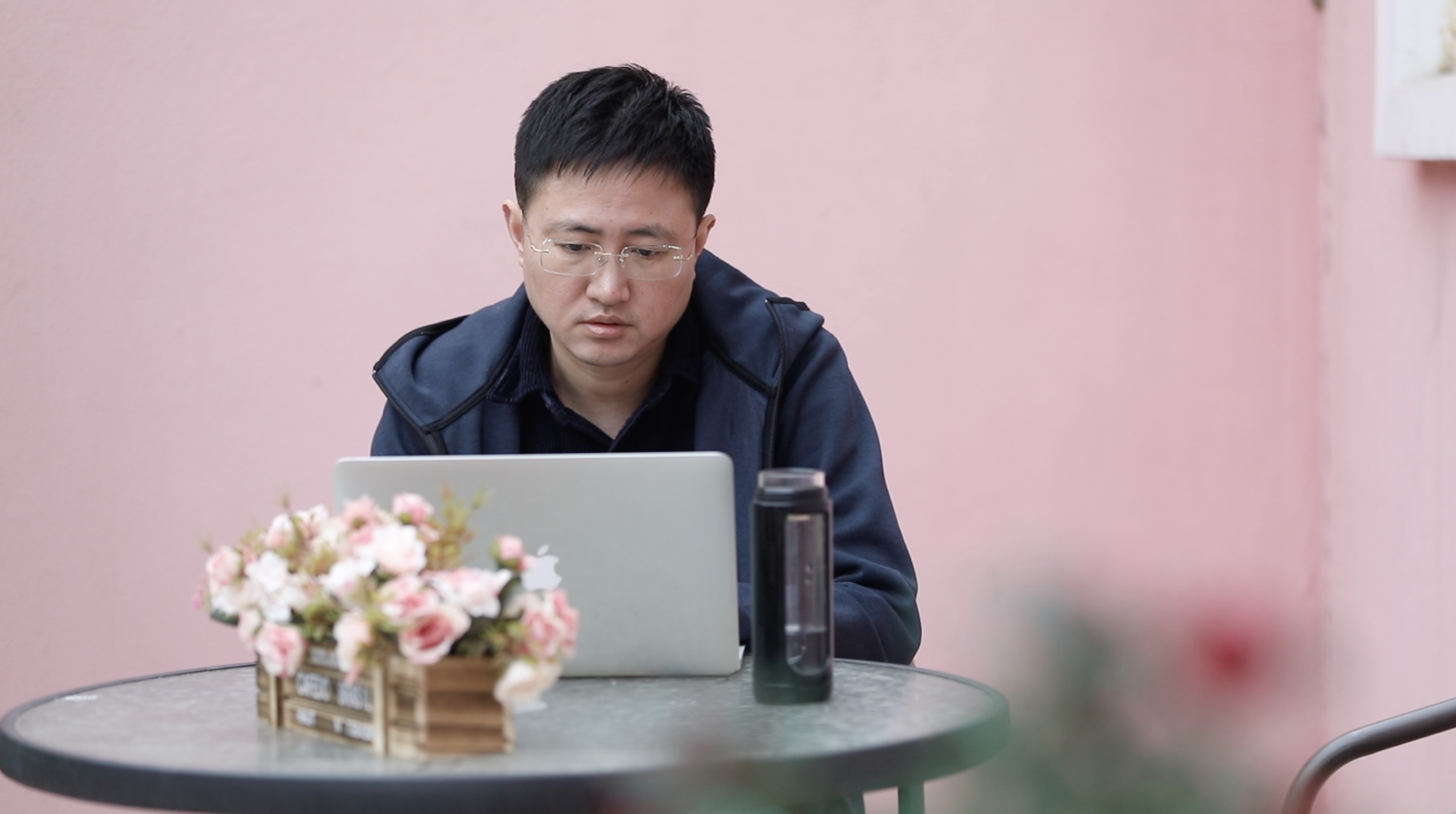 With some success in his maiden work of fiction, he has since published a slew of suspense thrillers, many of which have won him a loyal following in China.

Zhou switched jobs several times before becoming a full-time author. He spent nearly a decade teaching engineering in a university, when he committed most of his spare time to writing, and produced his most renowned series "The Death Notice."

An online serial adapted from "The Death Notice" has garnered impressive ratings as well as much praise from critics. It is also a Chinese crime series that is still a bestseller overseas and has been translated into many other languages.

Zhou's desire to express his thoughts

Zhou is more than rigorous when it comes to the scientific theories his works refer to. He spent nearly two months studying the theory of hypnosis, before writing a crime fiction featuring an evil hypnotist. 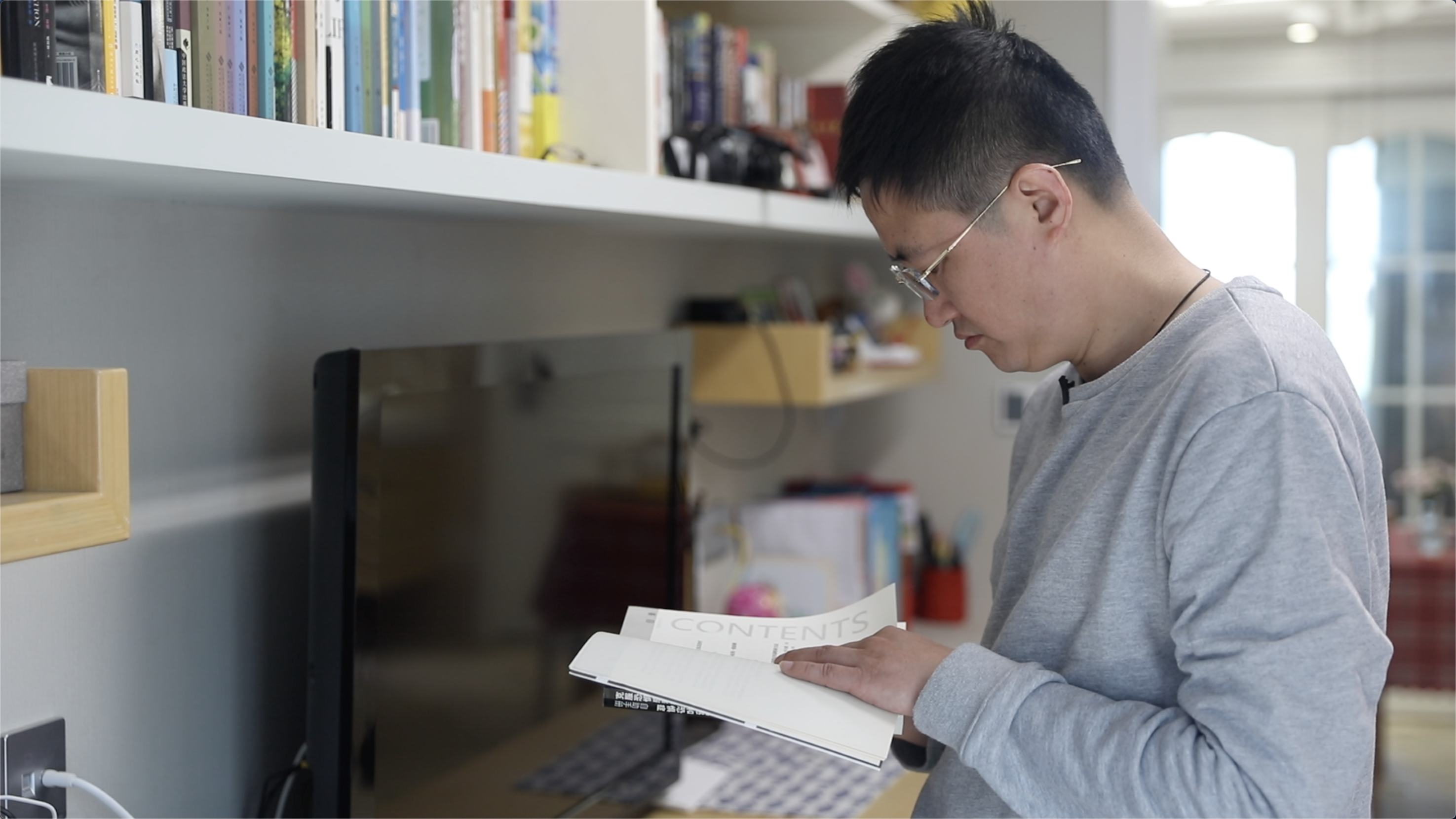 On the other hand, Zhou doesn't give too much weight to negative feedback concerning his writing, as some readers complained that certain phrasing feels off, although the stories hold up well.

In his view, words are just words till you give them some attachment. And for him, it's about telling a good story.

Zhou hopes that his suspense thrillers, most of which are detective stories, can evoke people's attention to criminal motives and the intersection of human nature.

As an engineering student, Zhou has a sharp mind. And he believes that studying a scientific subject doesn't mean that his writing skills are lacking.

"Writing ability is not a skill that must be acquired through training, it may be more determined by the talent of the writer," Zhou said. A good writer should be perceptive, curious and have the desire to express, he added.

Zhou would not confine himself to suspense writing. He has written screenplays for several movies and online serials. Once, he even tried his luck in doing a movie.

And now, he is running a creative studio in his hometown, with a team of seven writing scripts for Live Action Role Playing (LARP) games, a form of role-playing where participants act out their characters, which has become a hit among Chinese youths over the past few years.

Be it writing a suspense thriller, a screenplay or a role-playing script, it's all about fulfilling Zhou Haohui's desire for expression.