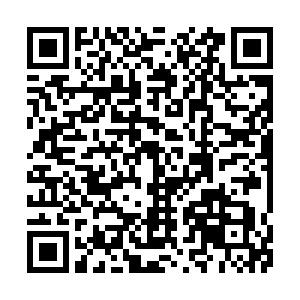 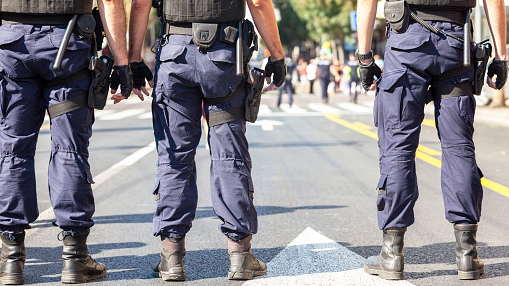 Editor's note: Ray Baker is an adjunct professor at Towson University. The article reflects the author's opinions and not necessarily the views of CGTN.

On April 27, police in Northern California released a bodycam video that shows officers pinning the 26-year-old man Mario Arenales Gonzalez to the ground for over five minutes during an arrest that ended in his death. This is not an isolated event. Earlier, a jury in Minnesota found former officer Derek Chauvin guilty of several charges related to the death of George Floyd including second- and third-degree murder and second-degree manslaughter. Some took solace that an officer was finally being held accountable for their deeds.

The ensuing police killings since that verdict (including the tragic and heartbreaking murder of 16-year-old Ma'Khia Bryant) reminds us of a key distinction Americans are stubborn to learn: the difference between institutions and individuals. Individual police officers can and have been held accountable for their deeds; The individuals faced accountability, but the job remained the same. This is the tension over policing in the United States. Some are interested in public safety; others want to maintain existing social orders. Calls for change and reform can only yield but so much because the job is the job. Not until policing is seen for what it is, a tool to maintain an unequal social order and not an institution sworn and committed to public safety, can we begin to get solutions that move us in the direction of justice.

To demand accountability and justice from policing would be to abolish policing as we know it. It's important to remember the origins of modern United States policing. Many American observers make the connection between police and slave patrols. What's sometimes missing in this observation is the function of slave patrol as a labor and social hierarchy question. Those who claimed humans as property were incentivized to ensure those humans would not flee. This created a job for overseeing and policing enslaved workers. Who better to fill that job than white workers who couldn't sell their labor for fair wages because enslaved labor depressed wages. This creates a labor force of workers whose job it is to ensure enslaved workers produce at unprecedented levels and never take flight. Perfect for oligarchs committed to fracturing any potential of worker solidarity.

Why would white workers accept this job though? Why not align with the enslaved workers in proletariat rebellion against the plantation aristocracy? Dr. W.E.B. DuBois would say it was because of the public and psychological wage of whiteness. The creation of the slave patrols fulfilled dual capitalist aims: ensuring enslaved laborers were no threat for flight or insurrection, while also ensuring poor white workers were no threat for class insurrection. As the writer Ta-Nehisi Coates noted, "enslavement restricted what's possible for poor whites, but it also guaranteed that some class of people would always be lower than them." 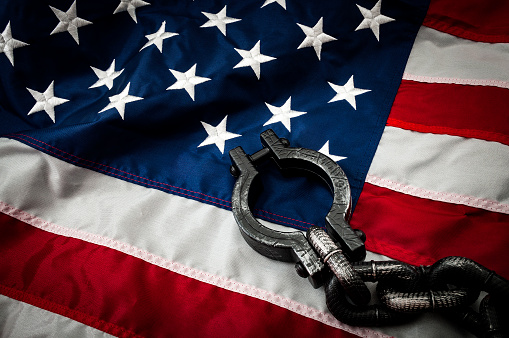 Policing may have grown out of slave patrols but maintaining social order isn't confined to the institution of slavery. The late 19th and 20th century labor movements were met with violent opposition from law enforcement officers serving the demands of capital and using violence to do so. Wielding violence to maintain social order was how things were done in the antebellum South, during the labor movement of the early 20th century, and still today.

What white Americans would be wise to consider however is that violence against white Americans by police is also a part of the maintenance of social order. During the long hot summer of 2020 American streets were filled with protesters of every race and ethnicity standing up against police violence following the murders of George Floyd and Breonna Taylor. Police used violence to respond to Americans protesting police violence.

Violence is a mandate of law enforcement. It serves as a reminder to others if they violate the terms of the social order they will be harmed, and it exacts direct harm on the whomever law enforcement officers believe to be in violation of the social order. However, it doesn't keep the public safe. Neither did the murders of Daniel Shaver, or Zachary Hammond, or Peyton Ham the latter a 16-year-old bright pupil and lover of conservative politics. The significance of these three victims is they are white Americans.

The harm these and countless other victims experienced is not about public safety, it's not even about law enforcement as much as it is about organizing the social order. The lesson to white Americans must be that your whiteness will not save you. If your existence is believed to be a threat to social order, you too will face violence and be made as an example to stay in your place. Where is your place? Wherever the officer with the weapons says it is. It cannot be enough for white Americans to have a place that's above Black people or other non-white people. Not if the United States is to become the beacon of justice that it purports itself to be on the global stage. The sooner Americans determine if they want to maintain the social order or bring about a just world that centers safety, the sooner the solutions to reduce police violence won't be tepid reforms that ensure none of us safety.