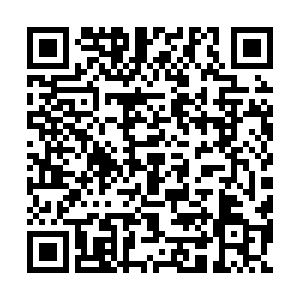 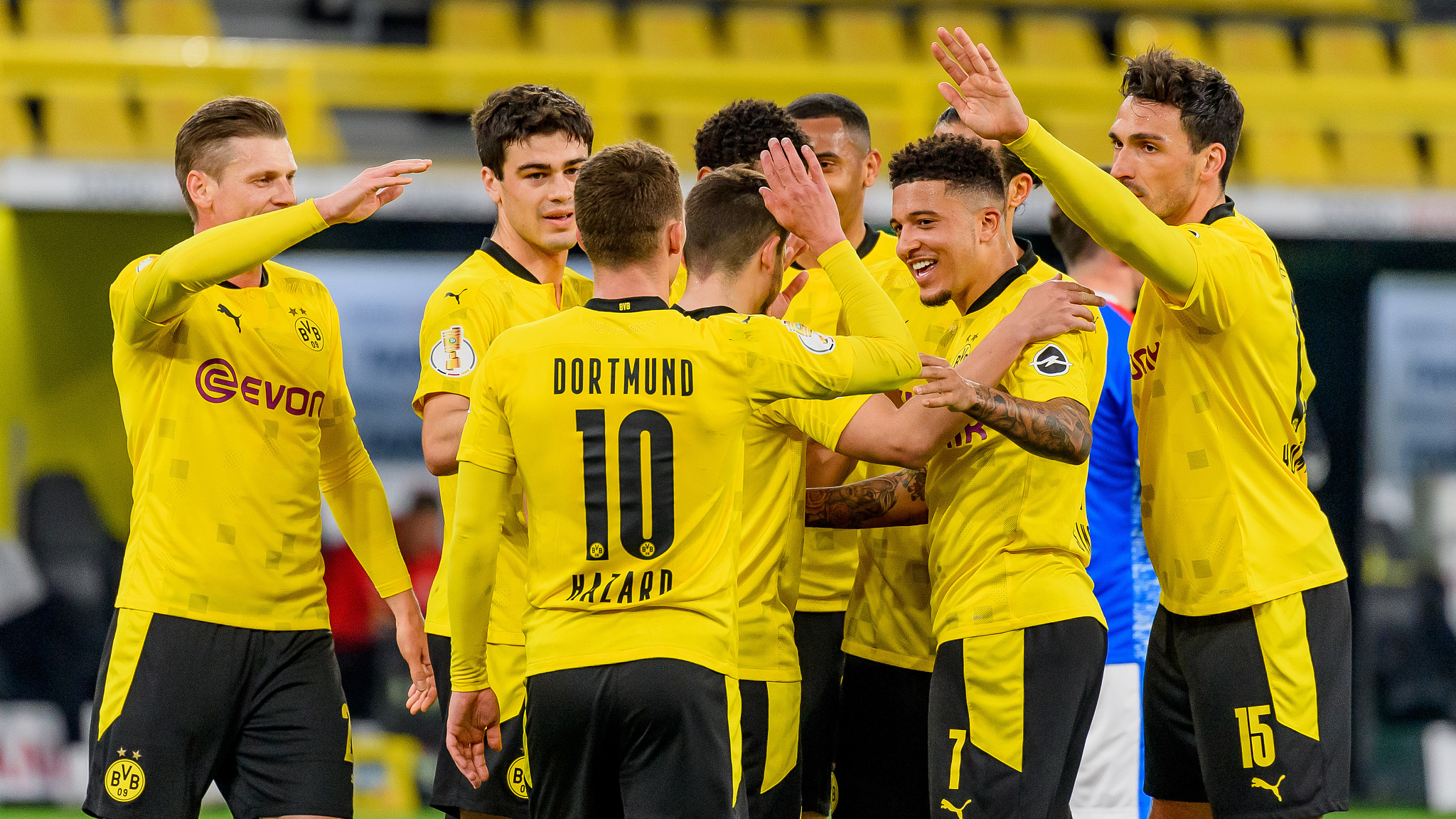 Players of Borussia Dortmund celebrate during the German Cup semi-final against Holstein Kiel in Dortmund, Germany, May 1, 2021. /CFP

Players of Borussia Dortmund celebrate during the German Cup semi-final against Holstein Kiel in Dortmund, Germany, May 1, 2021. /CFP

Top scorer Erling Haaland was sidelined with a muscle injury but his power was hardly missed as Dortmund exploded into action after 16 minutes, with Giovanni Reyna finding just enough space inside the box to thread a shot into the back of the net.

Reyna then tapped in a second goal from close range after good work and a back flick each from Marco Reus and Raphael Guerreiro seven minutes later, before captain Reus got onto the scoresheet himself in the 26th.

Thorgan Hazard fired their fourth in the 32nd as hapless visitors Holstein, who had eliminated holders Bayern Munich in the second round, clearly lacked match practice after having come back late last month from 28 days of quarantine.

Jude Bellingham's deflected effort in the 42nd made it 5-0 to give Dortmund coach Edin Terzic the chance to win his first silverware before making way for Marco Rose next season.

Dortmund, who last won the Cup in 2017, will face Leipzig, who eliminated Werder Bremen in extra time on Friday, at Berlin's Olympic stadium on May 13.

In Italy, Inter Milan beat Crotone 2-0 to move one step closer towards the Serie A title, with goals contributed by Christian Eriksen and Achraf Hakimi in the second half.