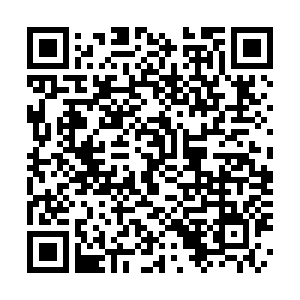 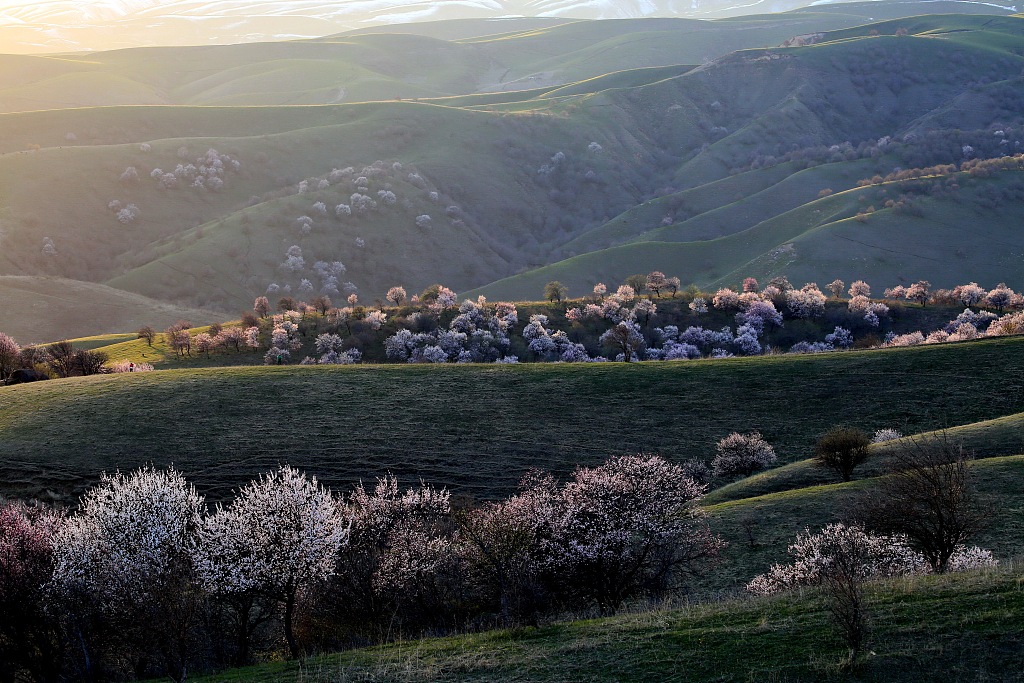 Editor's note: As travel takes you to different places, it offers you chances to encounter stunning landscapes as well as wonderful cultures. Starting from March 10, CGTN has put forward a series of travel guides to some great destinations along China's high-speed expressways to give you some ideas about how to start a road trip in China.

Khorgos, a small border city in northwest China's Xinjiang Uygur Autonomous Region, deserves a visit simply for its view. Lying at the foot of the snow-capped Tianshan Mountain, the city features the beautiful scenery of broad and green grasslands, clear river and colorful flower seas.

But there is one more thing that has made Khorgos a world-renowned name. Further from the sea than almost anywhere on Earth, it is the most important gateway connecting the East and West along the Silk Road.

Back in ancient China's Sui and Tang dynasties (581-907), Khorgos acted as a key courier station along the ancient Silk Road, the main trade way connecting China with central Asia and Europe. However, it then became the place in the middle of nowhere as the history of the ancient Silk Road ended.

As the new Silk Road is revived, the city has also come to life. 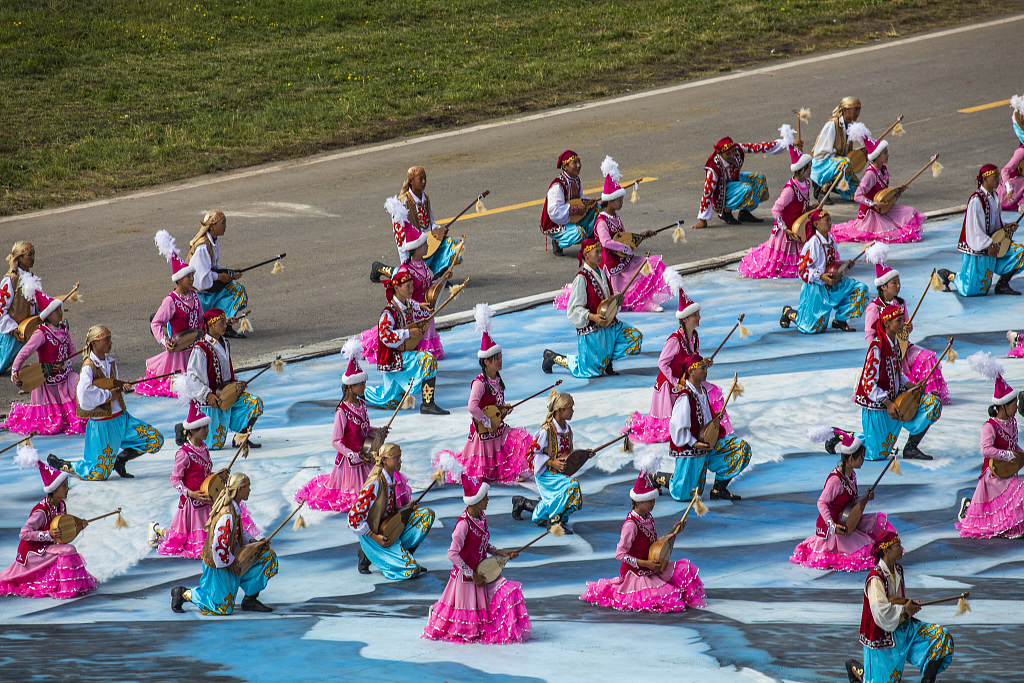 The Uygur people in Khorgos boast a special traditional culture keen on dancing and singing. It's more than a pleasant experience if one can join the locals in their traditional dances accompanied by folk music. 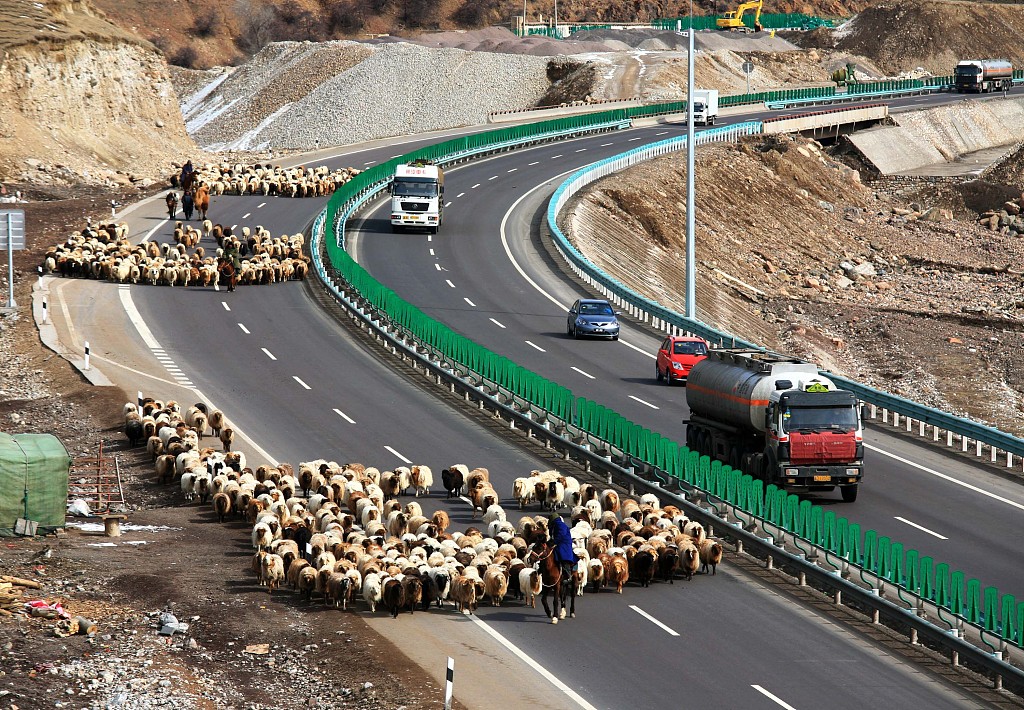 Khorgos is the western terminus of the Lianyungang-Khorgos Expressway, China's longest expressway with a total length of 4,395 kilometers.

Thus, it would be a nice choice to first take a flight to Urumqi, Xinjiang's capital city, and then set on a road trip to Khorgos along the Lianyungang-Khorgos Expressway, with amazing views awaiting you along the way. 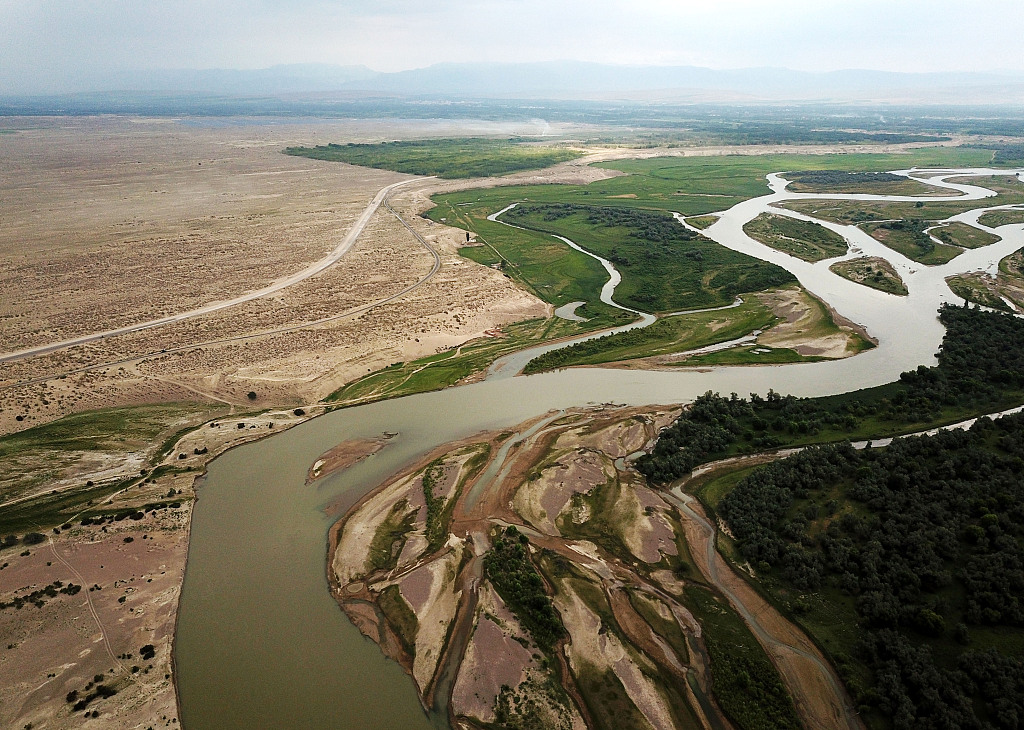 The grasslands around the city, where farmers herd flocks of sheep, just like their ancestors did, have refreshed many visitors' understanding of Xinjiang's natural scenery. And of course, one would not miss the duty-free shopping zone. 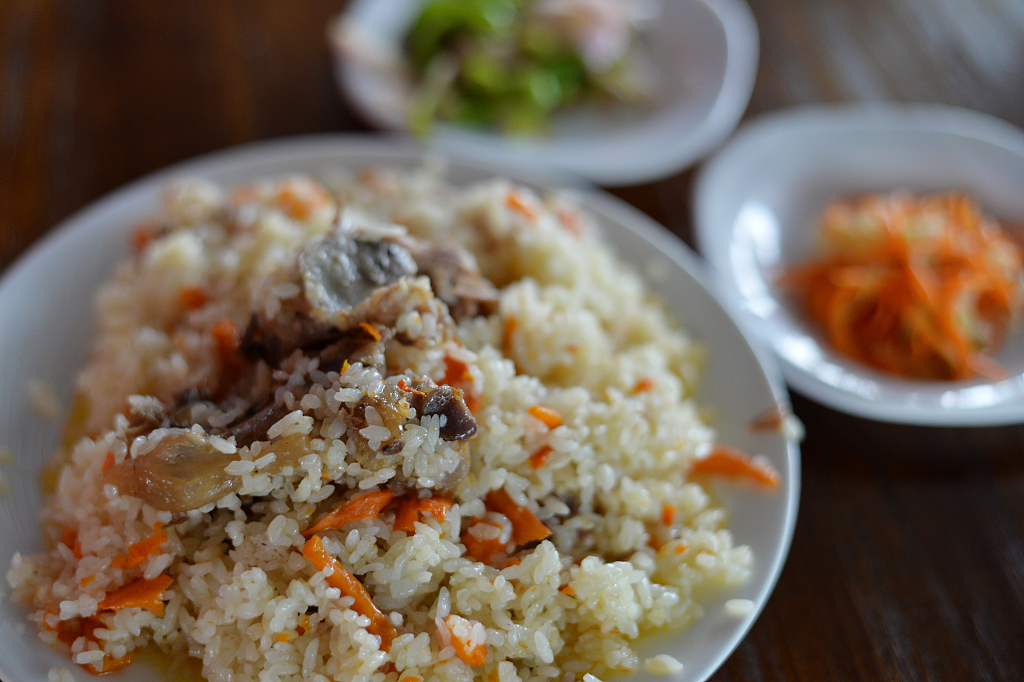 Xinjiang's shou zhua fan, or Lamb Rice, is a signature combination of local food and cuisine in the region. As for meat-lovers, roast lamb chops lead the way to culinary pleasure.