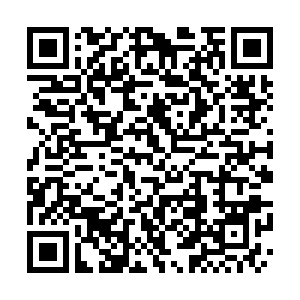 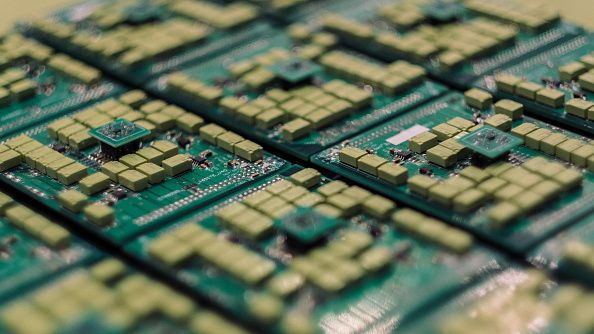 U.S. mainstream media is waging an intense information warfare campaign against China that employs neo-imperialist projection in an attempt to discredit the principled cause of Chinese reunification. The latest example of this was Fox Business' article published over the weekend which falsely claimed that "Global microchip shortage has China eyeing Taiwan." The weaponized narrative propagated in the piece is that China might "invade" the Taiwan region in order to capture control of its semiconductor industry. In reality, however, this is nothing more than neo-imperialist projection which manipulatively attributes U.S. intentions to China.

Taiwan is a province of the People's Republic of China. From the former Trump administration to the present one led by U.S. President Joe Biden, America has been unofficially recalibrating its stance toward the island's self-proclaimed authorities. In practice, this has amounted to America dangerously flirting with a reversal of the one-China policy upon which U.S.-Chinese relations have been based since their historic rapprochement over four decades ago. The end result is that separatist forces are being encouraged to cross Beijing's red line of declaring so-called "independence."

The U.S. fears the inevitable reunification of China for several reasons. Firstly, that mutually beneficial outcome for the Chinese mainland and insular China would remove America's primary geopolitical leverage over the People's Republic of China. Secondly, it would in turn weaken the viability of the U.S.'s newfound "Indo-Pacific" policy which is in essence geared toward "containing" China. Thirdly, this would restore strategic balance to the Asia-Pacific, thus reducing the U.S.'s ability to divide and rule the region due to the fact that this pivotal island between East and Southeast Asia can no longer be exploited for such purposes. 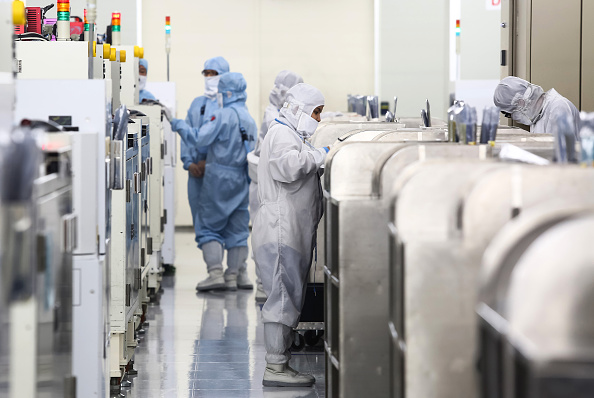 These objective strategic observations are completely taboo to discuss in the mainstream media since they draw attention to the U.S.'s hegemonic motives for meddling in China's domestic affairs. Wider awareness of them would erode the country's soft power since they expose America's self-interested designs that contradict its stated policy of "supporting peace across the world." The reunification of China would be the most peaceful and stabilizing development of the century thus far, which is why the U.S. is so desperately seeking to discredit it by all means necessary, ergo the neo-imperialist projection of its own aggressive intentions onto China.

This takes the form of the example that was discussed earlier in the article whereby the weaponized narrative is now being propagated that China is considering whether or not to "invade" the Taiwan region in order to capture control of its semiconductor industry. In reality, the U.S. wants to delay Chinese reunification for as long as possible in order to retain privileged access to those highly sought-after technological resources that the article intriguingly describes as being "even more valuable than controlling the world's oil." With that comparison in mind, it's worthwhile to remind the reader about historical precedence.

The U.S. has gone to war in the past in order to either obtain privileged access to significant oil resources or deprive perceived competitors of the same, with Iraq and Libya being the most prominent examples. In addition, the U.S.'s hybrid war on Venezuela – which has seen Washington support everything from Color Revolutions to mercenary-led coups and even drone assassination attempts – is largely regarded by many as being driven by its desire to obtain control of the world's largest oil deposits in the Orinoco River Basin. If semiconductors are truly akin to the 21st century's version of oil, then the U.S. might go to war over them too.

This insight raises serious concern among all peace-loving people in the world that the most radical neo-imperialist ideologues who are responsible for formulating America's aggressive strategy against China across the Trump and Biden administrations might try to provoke a war with China over Taiwan-related issues. That would be the worst possible thing that could ever happen because China will confidently defend its domestic interests from attack. To avert war, America must stop meddling in China's internal affairs, tell the truth about its selfish strategic and technological interests when it comes to the Taiwan region, and meaningfully reaffirm the one-China policy.