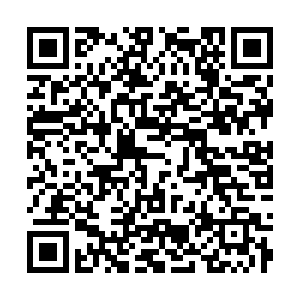 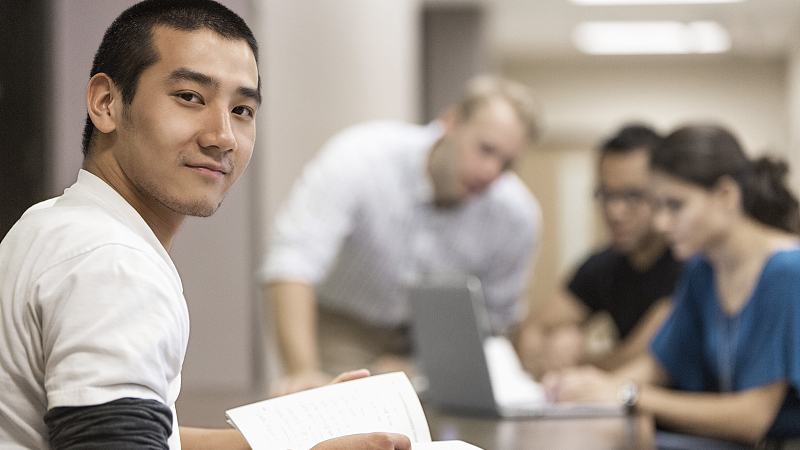 Editor's note: Bradley Blankenship is a Prague-based American journalist, political analyst, and freelance reporter. The article reflects the author's opinions and not necessarily the views of CGTN.

Perhaps one of the biggest perplexities of the COVID-19 pandemic is the fact that, despite higher unemployment compared to before, there's a labor shortage in some parts of the world, like the U.S. and UK, that are beginning to open up thanks to their vaccine drives. It means that some services are closing not because of coronavirus outbreaks, but rather because they simply don't have the staff.

The low-hanging fruit here that fiscal conservatives have seized on to explain this phenomenon is the fact that workers have been supported by some form of unemployment insurance, received government stimulus and are therefore, they believe, unwilling to work. But this doesn't make sense, at least in the context of the United States where this notion is already quite popular, since the country's federal enhanced unemployment insurance was reduced to a point where it's unlivable in the country's most densely populated areas.

Rather, the problem is that employers, particularly in the service sector, aren't responding to the market properly. Jobs are going unfilled in sectors that are just beginning to open up as COVID-19 cases wane, which highlights not only the fact that people might be a bit nervous still about going back into the workforce – but actually that these jobs are undesirable.

Anyone who's ever worked in a service sector job knows that it can be extremely stressful, demanding, sporadic (especially in the U.S. where servers work primarily based off of tips) and offers comparatively low pay and minimal benefits.

Countless memes shared by younger people on social media reflect the resentment these workers have toward their industries because they feel wages simply don't match the difficulty of their positions, which are inaccurately termed "unskilled."

At least some employers are taking notice and beginning to offer things like tuition, reimbursement and health insurance. However, it remains to be seen if these jobs will be able to compete with other jobs, such as warehouse jobs, that are becoming more and more popular since they pay comparatively higher wages, often have better benefits, don't require workers to deal with abusive customers and are generally more stable.

It's not just restaurants struggling to find workers either. As CNN reported on April 27, gas stations in the United States might be running out of gas this summer ahead of a travel surge because there aren't enough qualified drivers. According to the National Tank Truck Carriers, an industry trade group, up to 25 percent of trucks are parked compared to just 10 percent in 2019. Truck drivers, which are not technically considered "skilled" in the U.S. but do share some features, make a decent wage in the United States, so it's hard to explain this from the perspective of non-competitive wages. Instead, what's actually driving the labor shortage here is the fact that many drivers left the business last year when gasoline demand plummeted, plus the fact that driver schools were closed.

This highlights some of the "externalities" from the pandemic that some have noted, for example the not-yet-seen damage to the economy resulting from school closures. We will likely have a global labor shortage in various industries that require some form of credential because of this, and the trucking industry is just one example.

Employers face tough considerations moving forward. The most obvious thing, which young people are pointing out online, is that the service sector needs to reimagine its relationship with workers. These jobs are difficult and extremely precarious, thus the pay and benefits must reflect this if the industries themselves are going to survive. It would mean society will have to recognize these jobs as actually taking skill to perform. In the short term, this is probably what'll end up happening.

In the long term, however, it's more likely that these jobs will simply be eliminated. All of the examples of jobs mentioned in this column are ones that are already becoming automated – and employers and their shareholders will probably only interpret the labor shortage as a sign that this process had better speed up.

This is not necessarily a bad thing. Structural unemployment is natural with innovation, and, in principle, workers should rejoice when tedious work is eliminated. The problem is that millions of people will be left jobless, which carries with it severe social implications. Ultimately, government – not the market – will have to step in to sort out the future of "unskilled" work.