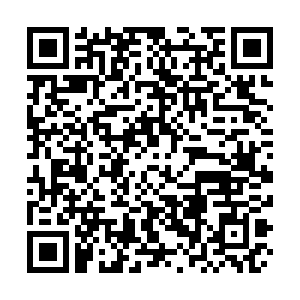 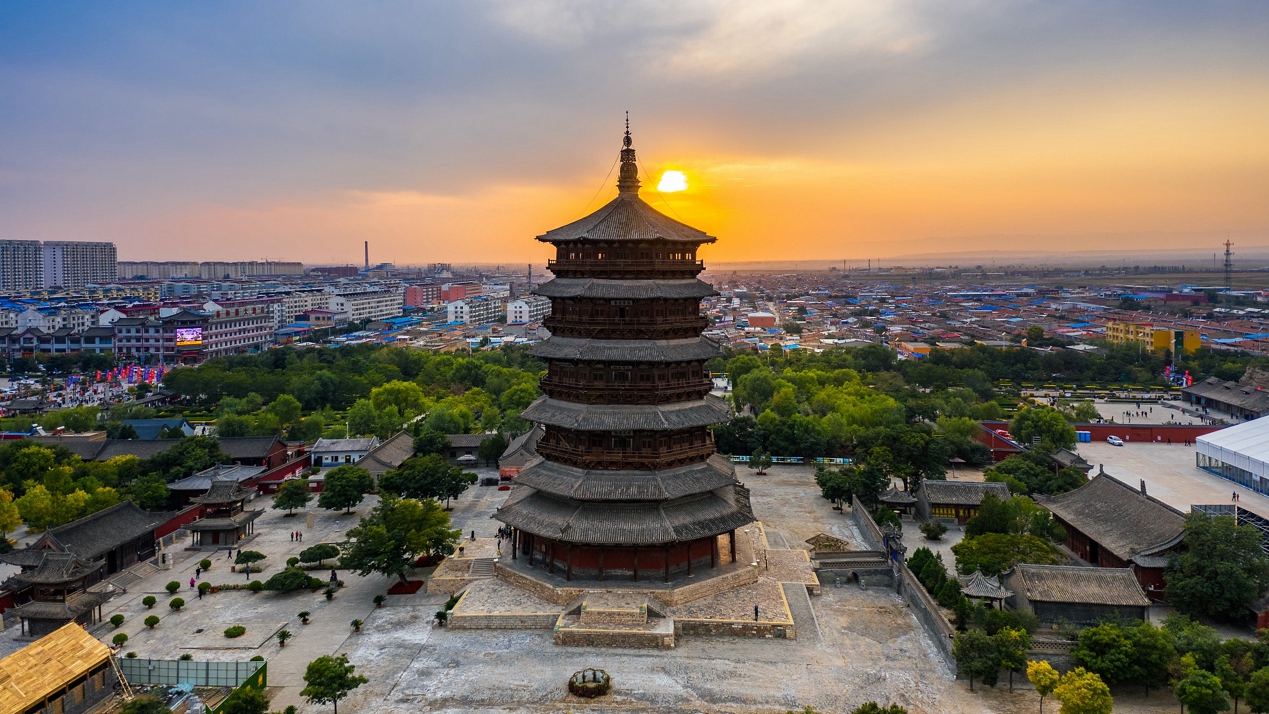 In north China's Shanxi Province stands an almost 1,000-year-old wooden pagoda, the Sakyamuni Pagoda of the Fogong Temple, also known as the Yingxian Wooden Pagoda in Yingxian County. The ravages of time have caused the pagoda to tilt. Conservationists are now figuring out how to right it, and it's not as easy as it seems.

The pagoda was built in 1056, during the Liao Dynasty (907-1125), which was founded by the nomadic Khitan and ruled the northern part of China. It's the world's oldest and tallest wooden structure, around 66 meters high, equal to a 23-story building today. Over the past nine centuries, it has survived several earthquakes and even artillery attacks.

However, if you look closer, you will see that the pagoda is tilted. A column on the second floor on its southwest side leans by as much as 57 centimeters.

In the 1930s, the pagoda was placed under maintenance. The mud walls and diagonal bracings in them were replaced with the present wooden doors and windows.

Experts say the move reduced the structure's stability. This, plus shocks from bombings in the past wars, has caused the pagoda to tilt to one side.

The last structural reinforcement was carried out from the 1970s to the 1980s. In 2002, experts created four repair plans, but they were all shelved. As a consequence, the pagoda slowly continues to tilt. 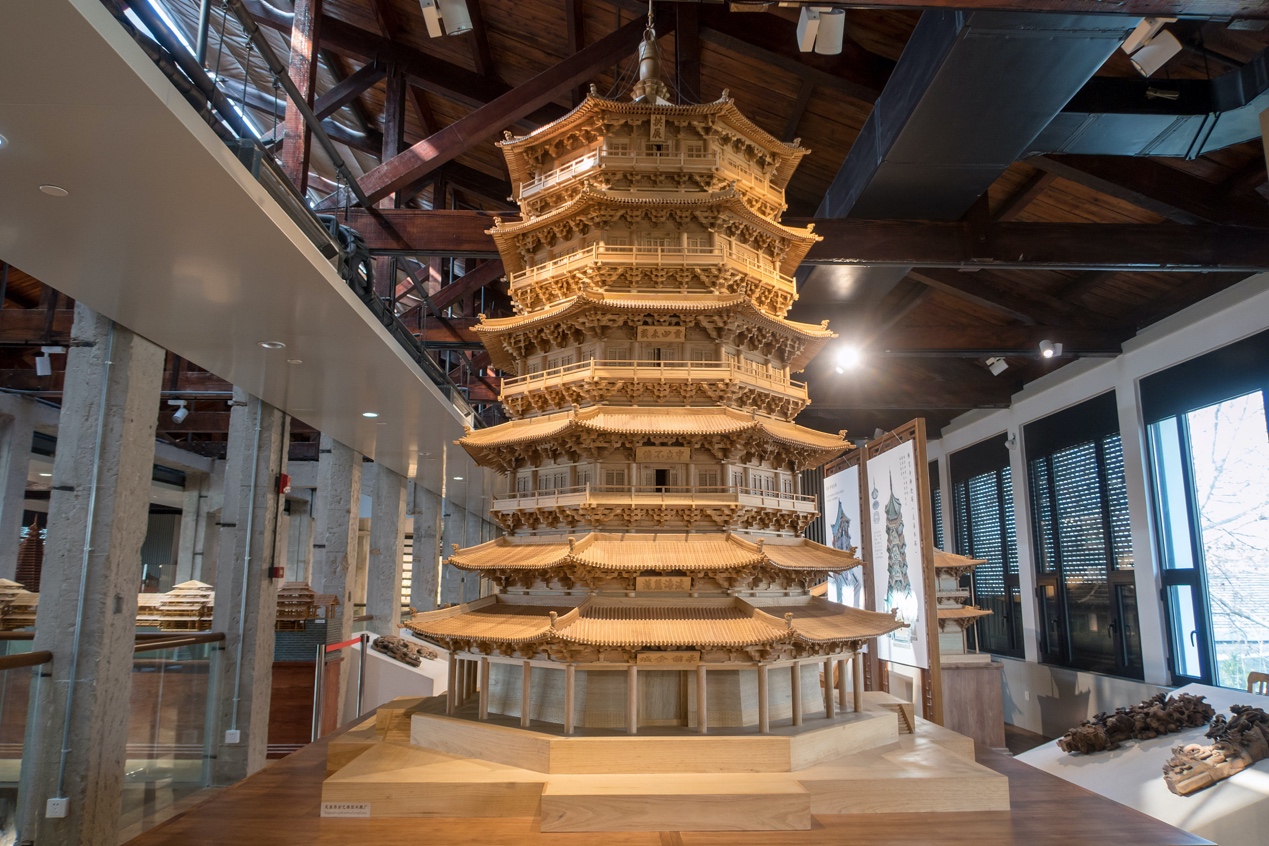 A 1:20 replica of the Yingxian Wooden Pagoda exhibited in the museum of Tongji University in Shanghai. /CFP

A 1:20 replica of the Yingxian Wooden Pagoda exhibited in the museum of Tongji University in Shanghai. /CFP

Professor Yong Xinqun, from the Chinese Academy of Cultural Relics, explained that the repairs were suspended because "no consensus has yet been reached."

"It takes time to completely understand its structural traits. There was a lack of accurate data of its structural deformation, which is required before undertaking any form of safe and efficient repair," he said. "Experts also have different ideas of how to repair it."

Yong said they have been collecting data on the pagoda's structure since 2008.

"Our monitoring methods keep improving with advanced technologies," he said. "We've achieved some good results and a clearer understanding of its tilting. This will enable us to make a targeted plan of protection and repair."

However, it will take some time before the actual repair can take place, according to Yong. Continuous monitoring and research are still required to ensure minimal intervention in addressing the pagoda's tilt so that once they begin rehabilitating it, the pagoda remains as faithful as possible to its original state nearly a thousand years ago. 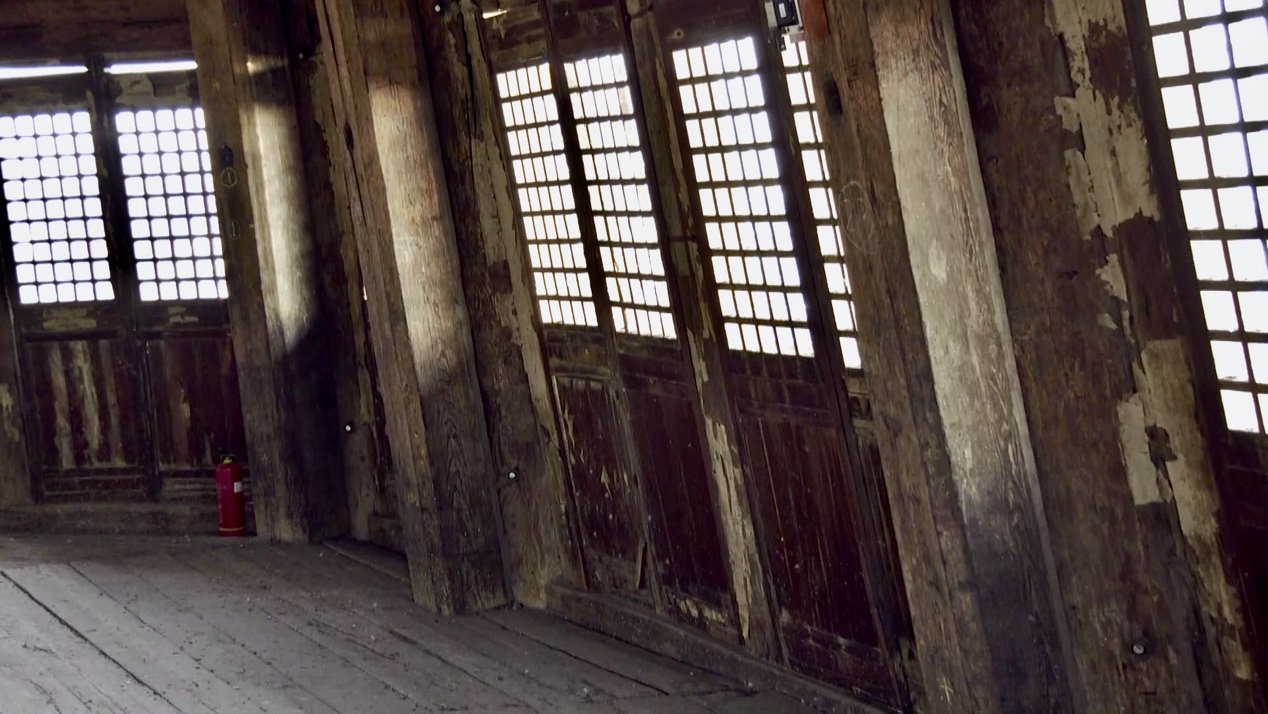 The second floor of the Yingxian Wooden Pagoda shows the most severe tilt. /CGTN

The second floor of the Yingxian Wooden Pagoda shows the most severe tilt. /CGTN

The pagoda embodies the wisdom of ancient craftsmen. Though entirely made of wood, it has withstood the test of time. The structural style is so enduring that it still inspires architects in China today.

Experts say its ingenious structure makes it even more stable than modern buildings.