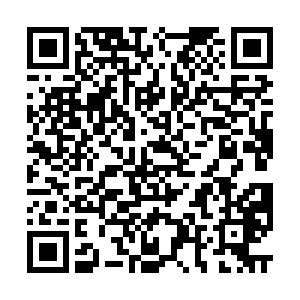 The other three newly appointed DDGs are: Angela Ellard of the United States, Anabel Gonzalez of Costa Rica and Jean-Marie Paugam of France.

China welcomes the appointment of the four DDGs, which will help strengthen the management of the WTO Secretariat, said a spokesperson with China's Ministry of Commerce on Wednesday, adding that Zhang's appointment testifies to his own ability and confirms China's active and constructive role in the WTO over the years.

Zhang served as China's Permanent Representative to the WTO from 2017 to 2020, accumulating long-term study and experience on the WTO, international trade negotiations and other issues.

He spoke on China's position on the special and differential treatment, market-oriented conditions and other issues of developing countries during the WTO General Council Meeting in December last year.

"It's always hard to part, especially after three years and eight months, in which together, we pulled through the challenging times in the history of the multilateral trading system. I cherish our friendship greatly and hope that our paths will cross again in the future," said Zhang, who was leaving the post as China's Permanent Representative to the WTO at the time.

During his tenure as China's Permanent Representative to the WTO, Zhang witnessed America's frequent attempts to suppress and challenge the multilateral system.

From General Agreement on Tariffs and Trade to the WTO, the multilateral trading mechanism has always been the best platform for promoting free trade and economic growth, contributing to the long-term prosperity of the U.S. since the Second World War, Zhang said in a 2018 Xinhua interview.

All these acts hinder the normal operation of the WTO, Zhang said.

To be out of the woods, Zhang believes all the stakeholders must join hands to resist protectionism, which is gaining acceptance among more and more members.

He said members should also to restore the normal operation of the WTO through consultations and keep pace with the times to explore new rules in new areas that reflect the general demands of the global business community.