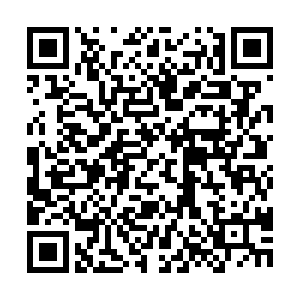 The Europe Union's medicines regulator announced on Tuesday it had started a rolling review of an inactivated COVID-19 vaccine developed by China's Sinovac Biotech.

A rolling review is a regulatory tool that the European Medicines Agency (EMA) employs to speed up the assessment of a medicinal drug amid a public health emergency by allowing researchers to submit findings in real-time before final trial data is available.

The decision was made based on preliminary results from laboratory studies and clinical studies that showed that Sinovac's vaccine triggers the production of antibodies targeting the novel coronavirus that causes the COVID-19 disease, the EMA said in a statement.

The EMA will evaluate data as they become available. The rolling review will continue until there is enough evidence for a formal marketing authorization application for the Chinese vaccine, the agency said.

The EMA also said it should take less time than normal to evaluate an eventual application because of the work done during the rolling review, although it cannot predict the overall timelines.

So far, the EMA has approved four COVID-19 vaccines for use, which are from Pfizer-BioNTech, Moderna, AstraZeneca and Johnson & Johnson.

This is the first Chinese COVID-19 vaccine the EMA is studying, and the fourth vaccine under such a review, after those from German biopharmaceutical company CureVac, U.S. drug maker Novavax and Russia's Sputnik V.

Sinovac's vaccine has shown efficacy rates between 50 and 90 percent in different studies and is currently authorized for use in China, Indonesia, Brazil and Turkey.

It's also under the evaluation of the World Health Organization (WHO) for emergency use approval, and a final decision is expected to come out by the end of next week.

In early April, Sinovac said a third production plant for its vaccine, branded CoronaVac in some regions, was ready, doubling its annual capacity to two billion doses. The firm said more than 200 million doses of Sinovac's vaccine have been delivered globally.