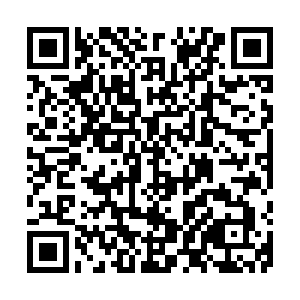 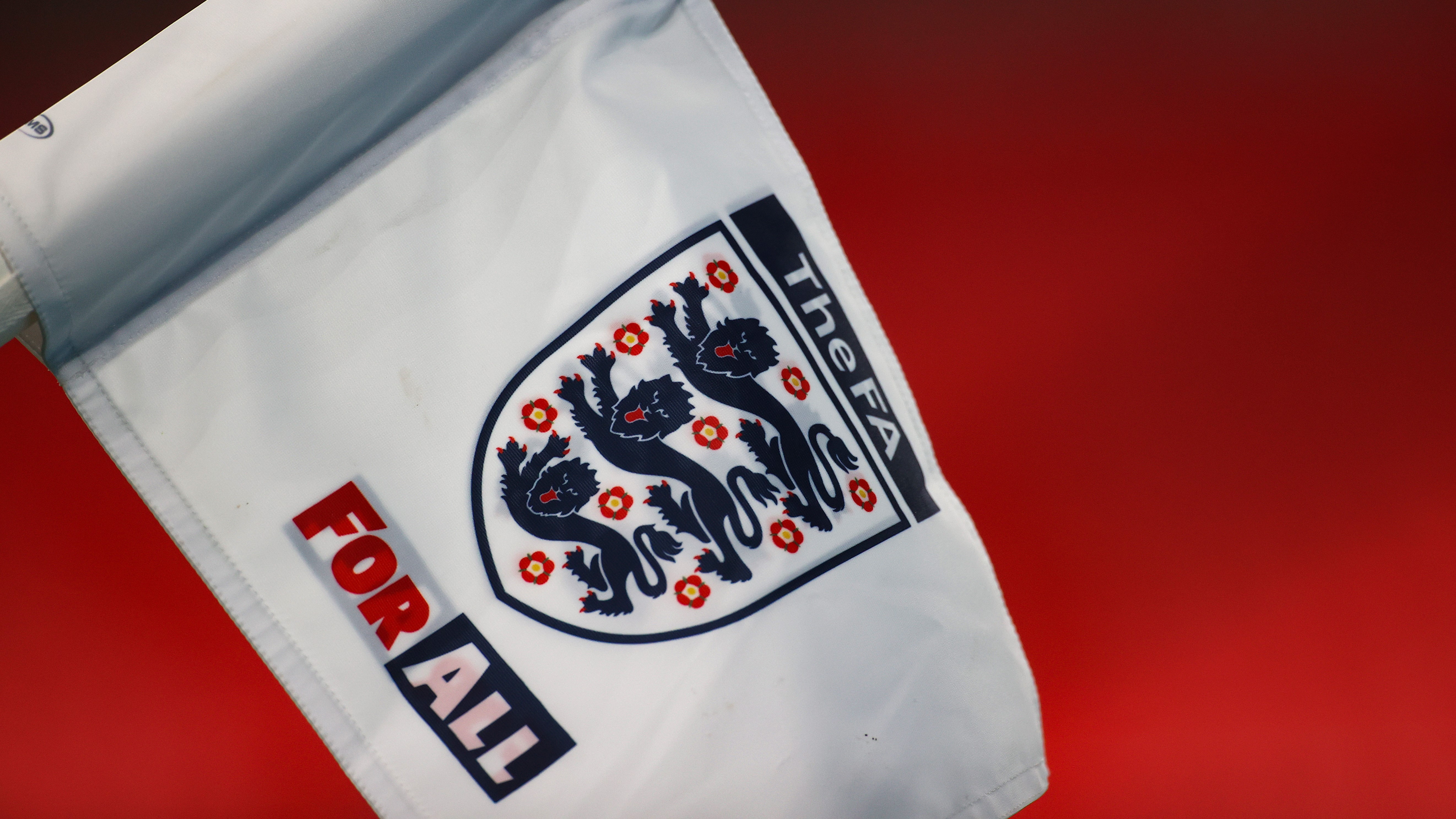 Logo of the Football Association (FA) of England. /CFP

Logo of the Football Association (FA) of England. /CFP

The Football Association (FA) of England has launched formal inquiries into all the Premier League teams that were involved in the European Super League (ESL), announced the English football governing body on Monday.

"Last week, we started an official inquiry into the formation of the European Super League and the involvement of the six English clubs," said an FA spokesperson in a statement. "We wrote to all of the clubs to formally request all relevant information and evidence regarding their participation. Once we have the required information, we will consider what appropriate steps to take. Clearly what happened was unacceptable and could have caused great harm to clubs at every level of English football."

"Throughout this period, we have been in ongoing discussions with the government, the Premier League and UEFA. In particular, we have been discussing legislation with government that would allow us to prevent any similar threat in the future so that we can protect the English football pyramid," added the statement. 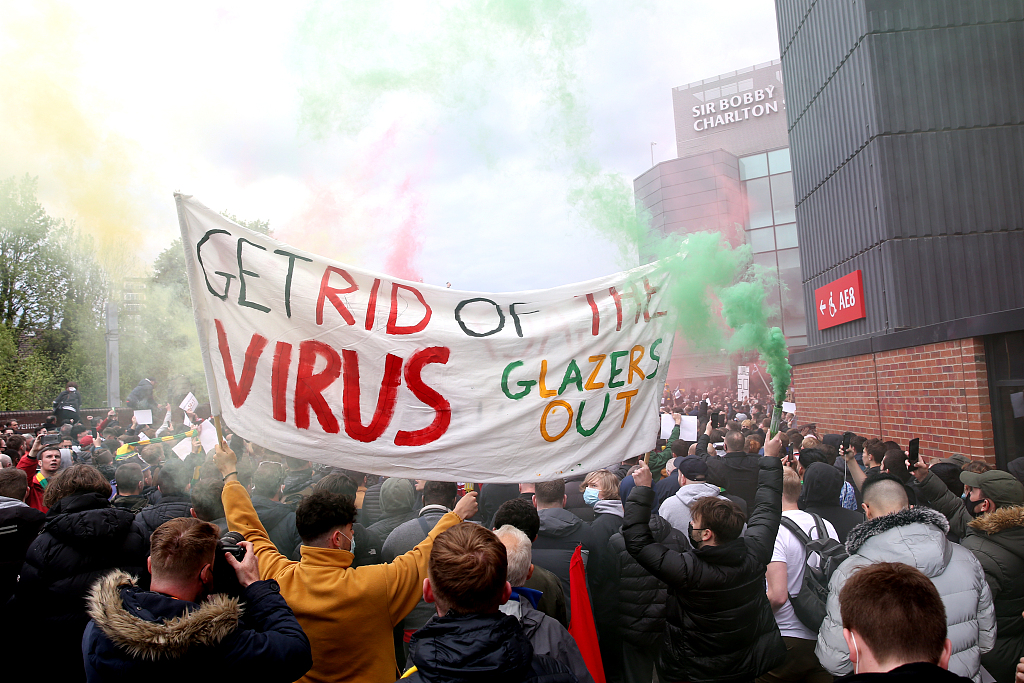 Fans protest outside at Old Trafford, home stadium of Manchester United, in Manchester, England, May 2, 2021. /CFP

Fans protest outside at Old Trafford, home stadium of Manchester United, in Manchester, England, May 2, 2021. /CFP

All six English clubs announced their withdrawal in less than 48 hours after the establishment announcement, which partly led to the falling through of ESL. Their owners also apologized, but The FA does not seem to be letting them go so easily. 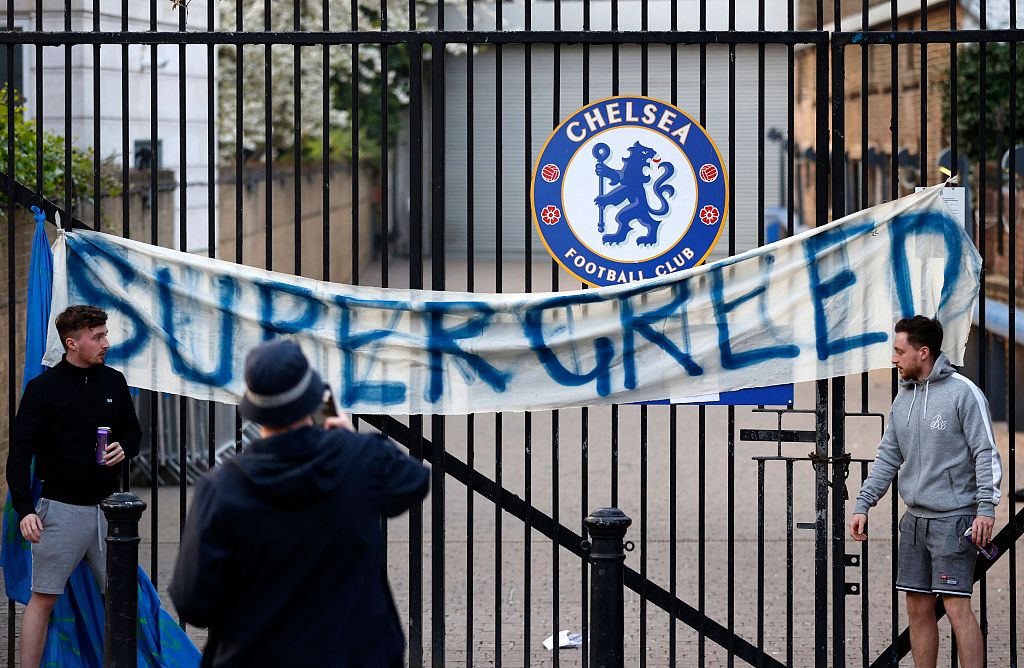 The Premier League is making a move too. In a statement released on Monday, the top English football league said: "The events of the last two weeks have challenged the foundations and resolve of English football. The actions of a few clubs cannot be allowed to create such division and disruption. We are determined to establish the truth of what happened and hold those clubs accountable for their decisions and actions. We and the FA are pursuing these objectives quickly and appropriately, consulting with fans and government." 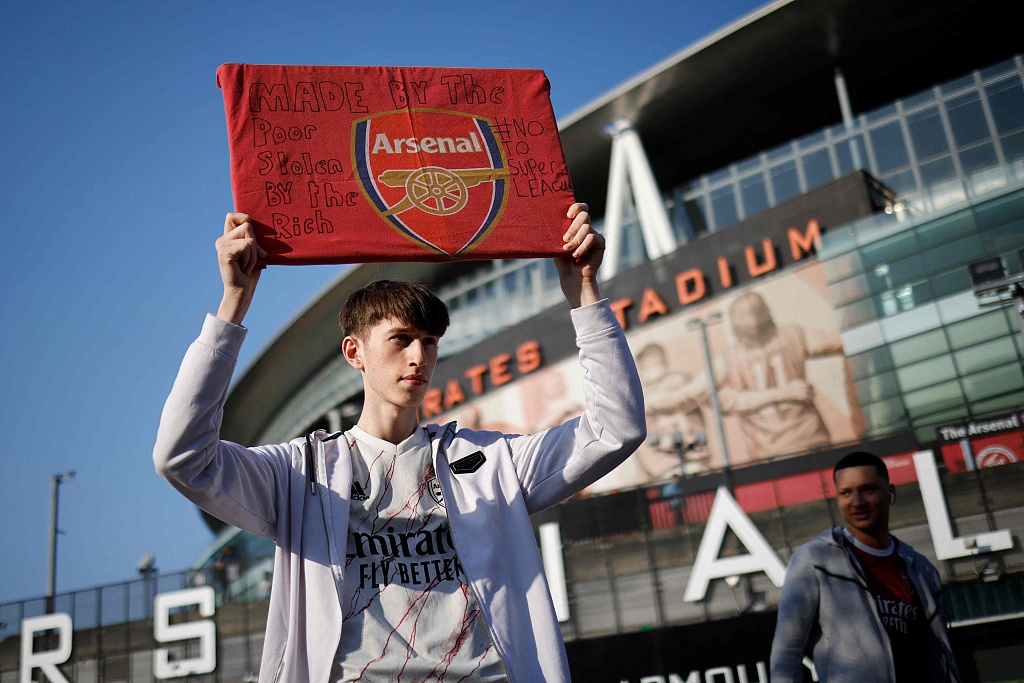 A fan holds a banner to protest outside Emirates Stadium, home stadium to Arsenal, in Longdon, England, April 19, 2021. /CFP

A fan holds a banner to protest outside Emirates Stadium, home stadium to Arsenal, in Longdon, England, April 19, 2021. /CFP

What awaits the six clubs there is fans' furies as well. A demonstration against the Glazers that own United broke out on Sunday, leading to postponement of the Premier League game between United and Liverpool. Chelsea, Arsenal and Hotspur saw similar protests too.

"The fans have played a vital and impactful role in helping to stop the European Super League from happening, and we understand their frustrations. However, we cannot condone the violent and criminal behavior that took place before the scheduled Manchester United vs Liverpool match, which The FA is now investigating," said The FA statement.

"Opposition to the proposed Super League united the whole of football, with the fans' voice clearly heard. The Premier League recognizes the strength of feeling and the right of fans to know what is happening. We are committed to maintaining close dialogue with supporters and their representatives, as we work with The FA and Government to identify solutions, but ask that all protests are peaceful," said the Premier League statement.