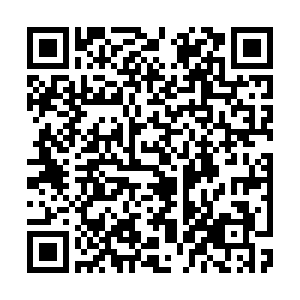 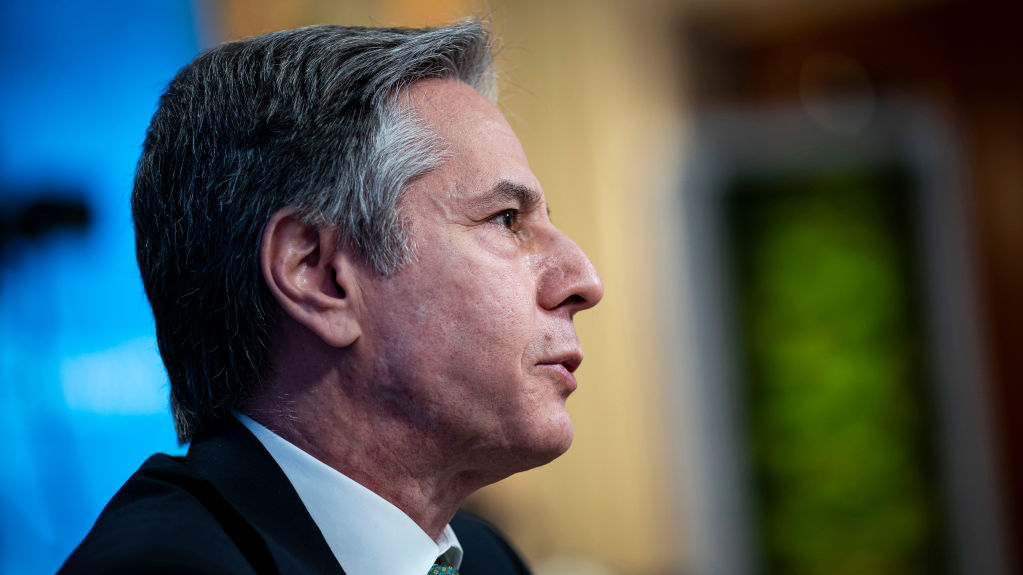 U.S. Secretary of State Anthony Blinken listens during a virtual Leaders Summit on Climate with 40 world leaders in the East Room of the White House in Washington, April 22, 2021. /Getty

U.S. Secretary of State Anthony Blinken listens during a virtual Leaders Summit on Climate with 40 world leaders in the East Room of the White House in Washington, April 22, 2021. /Getty

U.S. Secretary of State Antony Blinken gave an interview to CBS News on Sunday where he elaborated on Chinese-U.S. relations. Regrettably, though not unexpectedly, he spun the truth and misportrayed the nature of their contemporary ties. According to him, China intends to undermine the rules-based order, whereas the U.S. seeks to uphold it.

The top diplomat also claimed that while the U.S. doesn't want to contain China, it will also stand up with like-minded countries to prevent it from becoming the world's most dominant one, which he believes that it wants to do. Blinken also condemned what he called China's "repression and aggression."

The interview was an insightful look at how the U.S. wants the rest of the world to regard its relations with China, but it wasn't an accurate depiction of their ties. The truth is that it's China, not the U.S., that wants to uphold the rules-based international order.

What the U.S. means whenever it uses that phrase is actually its intent to preserve its fading unipolar hegemony which runs counter to the principles of the UN Charter. The American-centric world system is being replaced by an emerging multipolar one, within which the U.S. will ultimately just become another normal country of equal standing with its peers, not remain a superpower.

Blinken's also contradicted himself in the interview, though the friendly interviewer either didn't catch on or chose not to call him out on it. It's not possible to claim that the U.S. doesn't intend to contain China while also simultaneously declaring that it's "bringing like-minded and similarly aggrieved countries together to say to Beijing, 'This can't stand, and it won't stand.'" Basically, Blinken tacitly acknowledged that the U.S. intends to contain China, albeit under the pretext of assembling a coalition of countries whose stated objective is supposedly to uphold the same rules-based (i.e. U.S.-centric) order that China allegedly aims to undermine.

This observation reveals that Blinken isn't just a diplomat, but a perception manager, or put less politely, a typical propagandist. He's spinning the facts in order to manufacture a false reality within which it hopes to mislead his targeted audience across the world. The secretary of state hinted at the possibility of cooperation with China despite what he described as the adversarial and competitive aspects of their relations, but this is likely insincere since the U.S. doesn't envision cooperation with China as an equal but as part of a patron-proxy relationship akin to all of its others across the world, due to the obviously implied intent to contain it.

Another falsehood that he wrongly asserted as fact in his latest interview was that China is carrying out a so-called "genocide" in Xinjiang. It isn't, never has it previously done so, nor ever will it commit such a crime against humanity. This is confirmed by the many foreign dignitaries and journalists who've visited the region since the allegations were first aired several years ago, not to mention from the locals themselves who've praised China for unprecedentedly improving their living standards over the past decade. Xinjiang is safer and more prosperous than ever, thus making it one of the few anti-terrorist success stories across the world.

What the international community needs to realize is that the U.S. is so blatantly lying to everyone about China because its own leadership acknowledges that it lost the narrative against it long ago. There is no factual way for the U.S. to argue that its policies, system of government, or values are superior to China's since China's very different ones have proven themselves successful in lifting the largest number of people out of poverty in history in the shortest length of time. Not only that, but its pragmatic stance of respecting its many partners' multi-faceted differences is more attractive to the rest of the world than the U.S.' neo-imperialist one.

Instead of publicly acknowledging this reality, thinking deeply about the U.S.' own policies, and seriously considering reforming them for everyone's benefit, the American leadership has stubbornly doubled down on its losing narrative war with China by spewing fake news about it at the highest levels of international diplomacy. Since most of the world already knows the truth about Chinese-U.S. ties, this only serves to discredit the U.S. further and thus reduces its soft power even more than ever before. It's sad that Blinken hasn't delivered on the high hopes that many had for him, but it's never too late for him to change if he wants to.