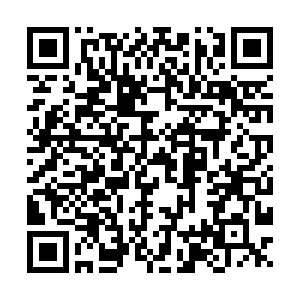 The European Union is reportedly backtracking from comments made by a senior official about the suspension of ratification of the EU-China Comprehensive Agreement on Investment (CAI).

On Tuesday, AFP quoted the EU trade chief Valdis Dombrovskis as saying that some efforts to approve the agreement had been suspended. He attributed this to tense relations, including tit-for-tat sanctions over issues related to northwest China's Xinjiang Uygur Autonomous Region.

Dombrovskis's comments had been taken out of context, said an EU spokeswoman cited by The South China Morning Post (SCMP) Wednesday. The EU spokeswoman said the draft deal is under legal review, but its ratification will depend on developments in relations with China.

"The agreement needs to be now legally reviewed and translated before it can be presented for adoption and ratification. However, the ratification process of the [deal] cannot be separated from the evolving dynamics of the wider EU-China relationship," SCMP reported citing the EU's written statement.

"In this context, Chinese retaliatory sanctions targeting members of the European Parliament, and an entire parliamentary committee, are unacceptable and regrettable. The prospects for … ratification will depend on how the situation evolves," the EU continued.

German Chancellor Angela Merkel said Wednesday she remained convinced that the EU-China investment deal was an "important undertaking" even as strained relations complicate the agreement's ratification.

"Despite all the difficulties that will surely arise with the ratification, it is a very important undertaking," Merkel said in a speech to her conservative Christian Democrats Union/Christian Social Union alliance. The massive investment pact laid the foundations for "mutually beneficial" trade, she added.

In late March, the EU imposed sanctions on four Chinese officials and one state-sponsored company it believed to be involved in alleged human rights violations in Xinjiang. It was the first time the 27-member bloc imposed punitive measures on Beijing in 30 years.

Beijing quickly fired back, imposing its own sanctions on 10 Europeans, including five members of the European Parliament and four entities, including an entire parliamentary committee.

"Now the problem is from the European Parliament and also I think now it's a very big problem for the European side to have a more political environment, have a very negative influence on this CAI, the very very pure economic issue," according to Cui Hongjian, director of European Studies at the China Institute of International Studies.

The agreement will reap benefits for European businesses, besides strengthening EU-China relations, he added. However, he said that political interference from the European side will have a negative impact over EU's future cooperation with China and the European economy.

Talks on the CAI aimed at guaranteeing a stable framework for bilateral trade and investment can be traced back to 2012. Both sides agreed on the deal in principle in December 2020 after a long slog of nearly eight years.

The agreement, once ratified, will see a significant opening up of China's market to EU companies as the agreement aims to improve the bilateral business environment and cooperation prospects for mutual investment.