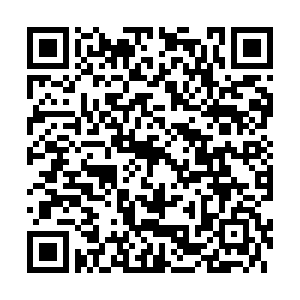 U.S. Secretary of State Antony Blinken agreed on Wednesday with his Japanese and South Korean counterparts on the need to fully implement UN resolutions to protect the stability of the Korean Peninsula, a State Department spokesman said.

"The foreign ministers of South Korea, the U.S. and Japan agreed to strengthen coordination to make substantive progress toward the complete denuclearization of the Korean Peninsula and building lasting peace," Seoul's foreign ministry said Wednesday in a release.

"Secretary Blinken explained to the Korean and Japanese sides the outcome of the U.S. policy review on North Korea (DPRK), and the three agreed to closely communicate and cooperate in the process of pushing for the North Korea (DPRK) policy in the future," it said.

The three also reaffirmed the importance of their trilateral cooperation and agreed to continue to seek cooperation in a "mutually beneficial and future-oriented" manner to promote regional peace, security and prosperity, the ministry added.

Since taking office, U.S. President Joe Biden has put an emphasis on working with allies, with Blinken and Defense Secretary Lloyd Austin visiting Tokyo and Seoul together on their first foreign trip and the Japanese and South Korean national security advisers meeting jointly near Washington as the administration concluded its policy review on the DPRK.

The Biden administration in its policy review called for seeking practical progress with the DPRK, avoiding the flashy, high-stakes summitry of former president Donald Trump.